Minute repeaters might have been invented out of sheer necessity back in the 17th century to help tell time in the dark or to visually impaired, but today after 400 years they are fashionably extremely desirable despite being superfluous. And Audemars Piguet Millenary Minute Repeater dressed in rose gold is nothing short of sheer beauty. Audemars Piguet embraced the complicated mechanism of minute repeater ever since it was founded back in 1875 and the technology has played a significant part in the legacy of the watchmaker. The new Millenary Minute Repeater model with AP escapement carries on the mechanical brilliance which has been a long standing tradition of the company.

The hand wound wrist watch has an oval casing in rose gold and an endearing three-dimensional structure that complements the complicated movement featuring Audemars Piguet’s proprietary escapement, double balance spring, striking mechanism and gongs. The repeater mechanism, which is the timepiece’s central feature, has been purpose built for this watch with its sliding trigger at 9 o’clock as usual but the striking barrel at 2 o’clock. The main dial of the minute repeater is enamel with black Romans and rail track which is cut into by the smaller subsidiary dial for the small seconds as well as the escapement. The Millenary Minute Repeater has been priced at $496,800. 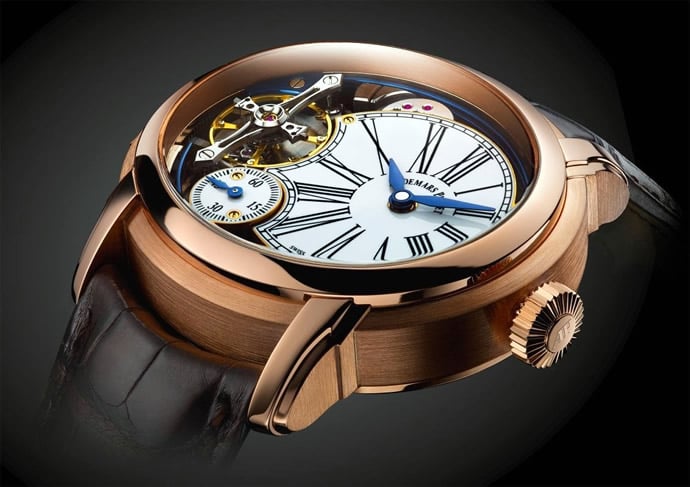 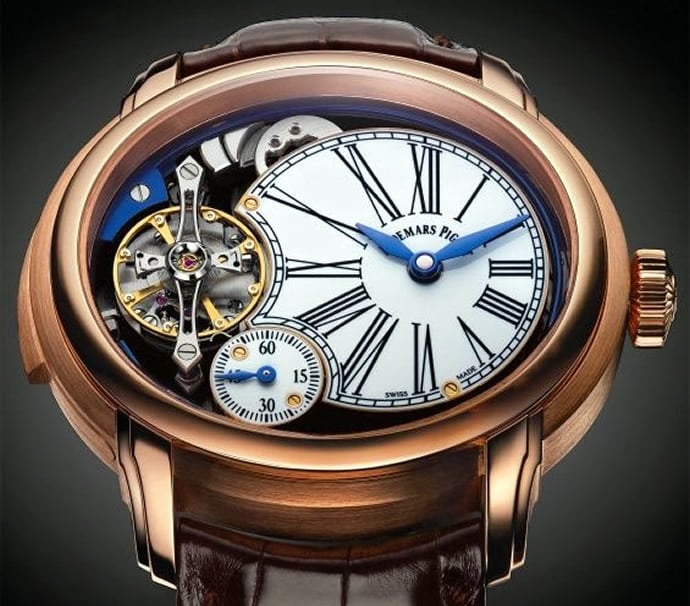 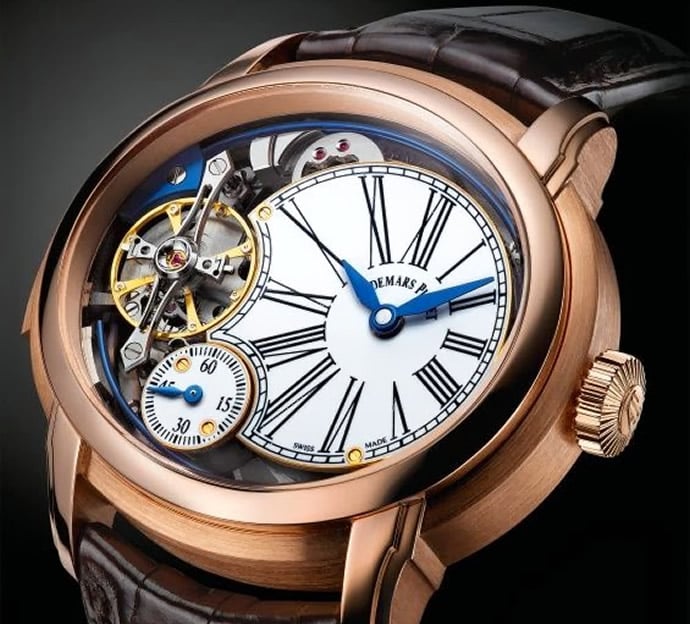