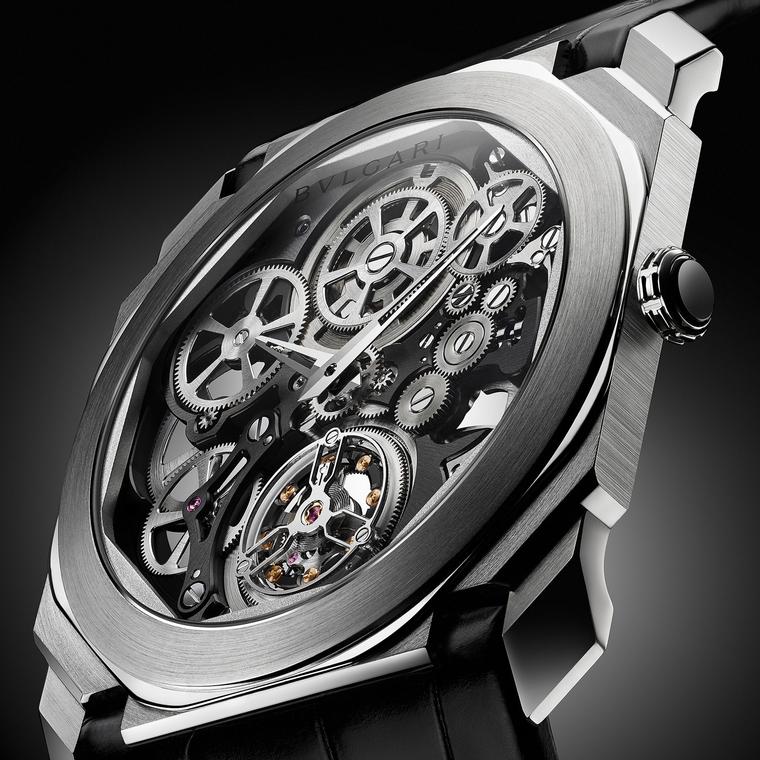 Creating the world’s thinnest automatic ever, that weighs just 68g, brought with it its own set of difficulties. “A standard rotor can add up to a third to the total thickness of a movement, which we could not allow,” says Babin. “A peripheral rotor would have added to the diameter and we could not accommodate this within the existing Finissimo case – it would have increased the size by 3mm or so taking it to 45 or 46mm. If the watch was thinner and wider it wouldn’t work – we needed to keep the subtle balance of the manual-wind Finissimo case because we knew those proportions were perfect.” 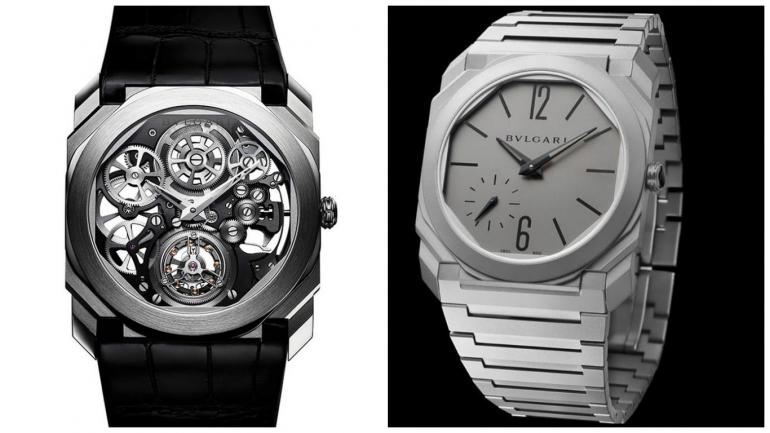 The case of this Bulgari Octo Finissimo Automatic is 40 mm in diameter. The watch is powered by the in-house, record-thin BLV138 developed and manufactured at the Bulgari manufacture in Le Sentier. The large self-winding movement is an evolution of the manual wound BLV128. Despite the ultra-thinness of the movement, it has a power reserve of 60 hours. The Bulgari Octo Finissimo Automatique will retail for $13,000.

Tags from the story
Basel-2017, Bulgari