Launched in 2012, the Bulgari Octo collection has constantly pushed the limits of watchmaking with its ground-breaking and record-setting designs, which quickly catapulted it to become the luxury brand’s best-selling men’s watch line. Bulgari celebrated the 10th anniversary of the collection last year by introducing another record-breaking timepiece – the Octo Finissimo Ultra. Described by Bulgari as the ultimate pinnacle of extreme thinness, the celebratory timepiece broke the record for the world’s thinnest watch by measuring in at 1.80mm thick, overall. If that was not impressive enough, the Italian luxury brand has now revealed a unique presentation box specially created for the record-setting watch and it’s more complex than you might imagine.

The presentation box was created with the idea of offering the owners a completely new experience of setting and winding their watches. Although it looks like a regular box from the outside, it’s only when you pop open the lid that you realize there’s a lot more to it. At the center is a receptacle where the watch can be placed and it stays securely locked in its position. On the left side is a compartment that has a digital screen with two tiny buttons on the top and a large button at the bottom. To set the desired time on the Octo Finissimo Ultra, all you have to do is place the watch in the receptacle, program the time on the digital screen using the two small buttons, press the main button at the bottom, and close the lid.


A tiny LED light underneath the box will flash yellow, letting you know the watch is seamlessly and accurately being set and wound behind the closed lid, hidden from sight. After 20 to 30 seconds, the LED turns green as an indication that the watch has been perfectly set to the desired time and fully wound. Pretty impressive, right? Obviously, the presentation box is powered by its own battery, which can be charged using a charger that’s located in the righthand compartment of the box. While Bulgari hasn’t said anything about how many cycles of time-setting and winding it can do before running out of juice, the digital screen will flash a low-battery sign when it needs recharging. And it’s also important to state that the Octo Finissimo Ultra can still be set manually by hand. 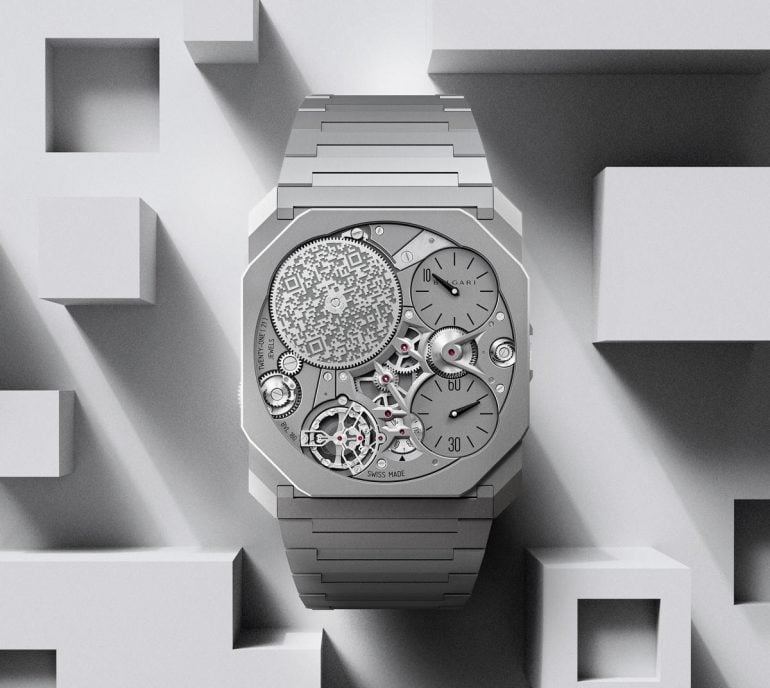 Bulgari Octo Finissimo Ultra
The Bulgari Octo Finissimo Ultra was revealed last year in March as a special model to celebrate the 10th anniversary of the Octo collection. Not only is the celebratory model limited to just 10 examples as a nod to the 10th anniversary but also the dial features a 10 o’clock engraving on the dial instead of the traditional “12 o’clock” numeral. It also became the world’s thinnest watch at 1.8mm by breaking the record set in 2018 by the Piaget Altiplano Ultimate Concept watch which has a thickness of 2mm. 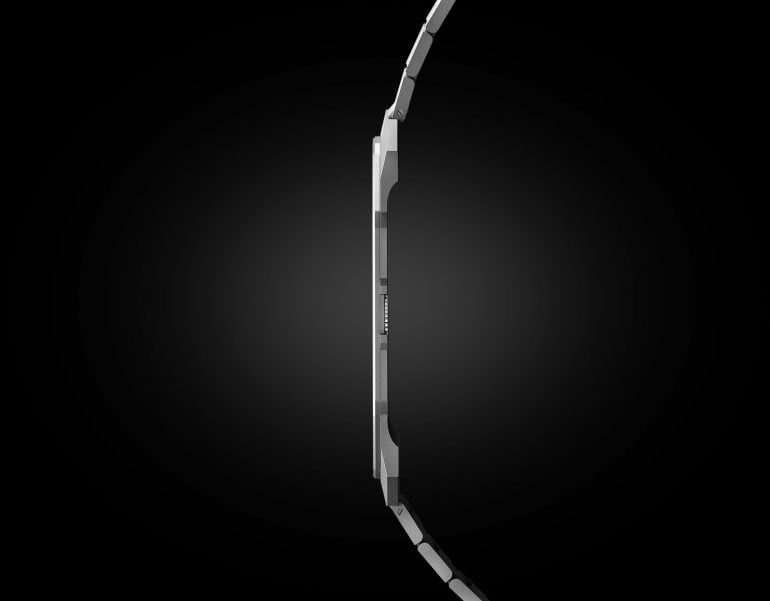 The incredibly complex timepiece took 3 years to make and the brand’s workshops in Vallée de Joux and Neuchâtel worked closely with movement development specialist Concepto in La Chaux-de-Fonds for developing its ultra-thin movement, the BVL Calibre 180. Another notable thing about the watch is that there’s a QR code laser etched onto the mainspring barrel which is linked to an NFT artwork designed by the watch’s designer, Fabrizio Buonamassa, exclusive to the timepiece. 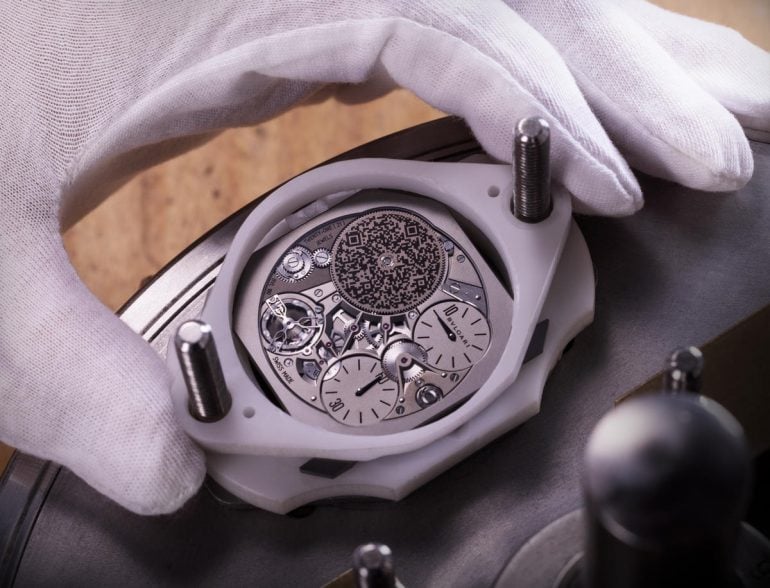 The Bulgari Octo Finissimo Ultra was launched with a price tag of €400,000 (around $434,000 according to today’s currency conversion rate). 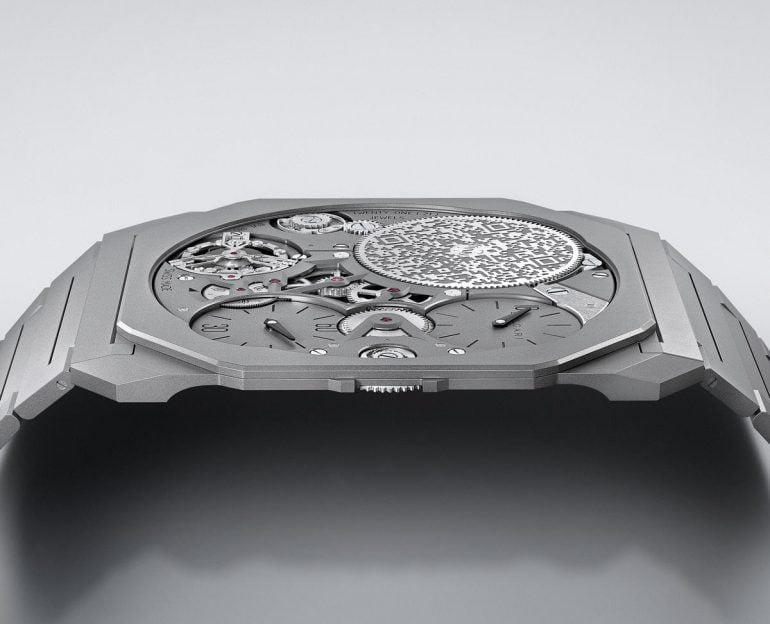 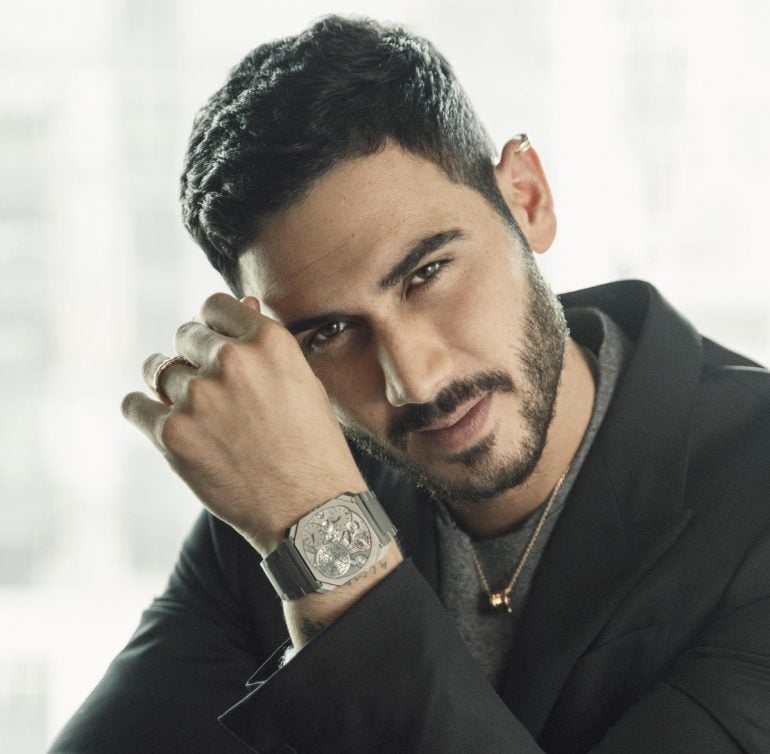