The Casio G-Shock Master of G series just received two new gold variants that are as retro as they are gold. Called the Gulfmaster model (GN1000GB-1A) and Mudmaster model (GG1000GB-1A), both variants offer the same rugged and stylish look without weighing down your pockets. The Mudmaster is specially made to survive extremities in the elements, especially land, sea and air. This makes it a fantastic companion to those who tread through extreme weather conditions. They both offer a Twin Sensor technology that control compass bearing and measure temperature, shock resistance, 200-meter water resistance, world time across 31 time zones, a 1/100th stopwatch, 5 daily alarms, auto calendar, and auto LED. The works! 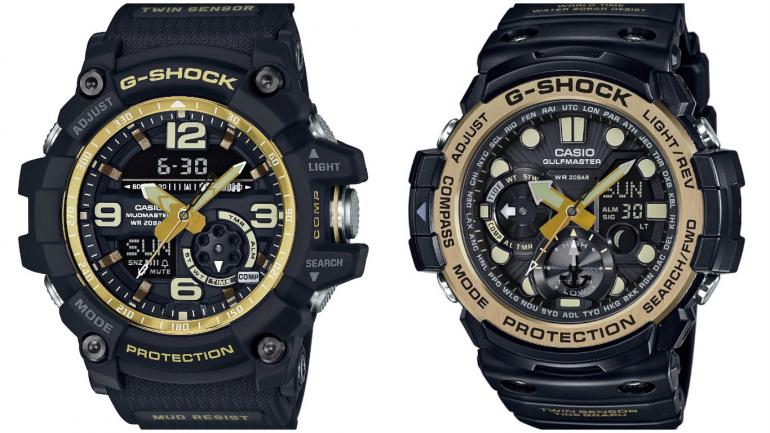 The two models can be told apart by the bezel on the Gulfmaster that resembles a weather-bitten porthole of a ship and the Mudmaster’s resemblance to tools that have been used to mine through the earth.

Tags from the story
Casio, Gold