Mysterious one-off creations always excite us, especially if there’s some kind of a fun element attached to it. A bespoke jewel-encrusted Audemars Piguet automaton watch with a Batman theme has popped up for sale on 1st Dibs, listed by the Mayfair Gallery – art and antique dealer based in London. Very little about this one-off pocket watch is known, including its origins and the original owner who commissioned AP to create this peculiar horological piece. The only information we have is that this pocket watch was made in 2002 and the words ‘DC Comics 1998’ engraved in tiny print at the bottom of the case indicate that it could be truly special. After all, the pocket watch called the Audemars Piguet Batman Night and Day created as a unique gift and originally priced at 970,000 Swiss Francs. Was it made for George Clooney? Well, who knows! 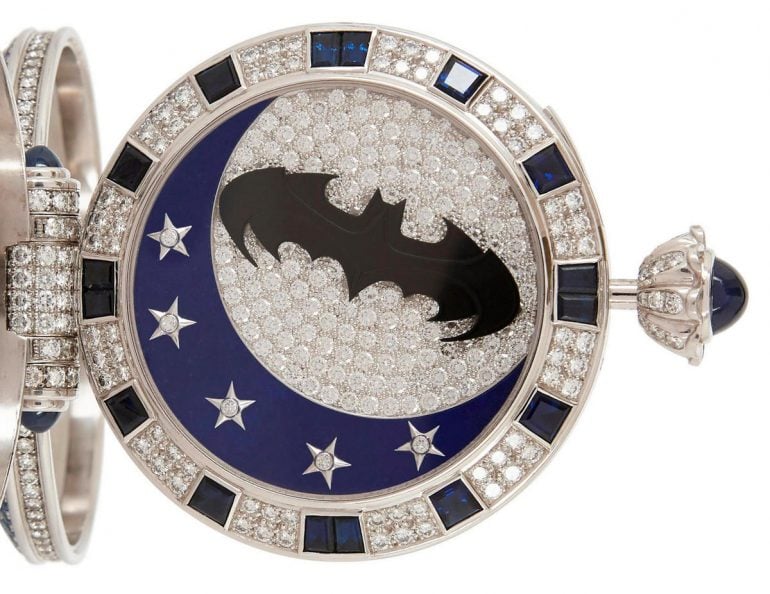 The front cover of the 18K white gold outer case represents daytime, while the represents night, with a crescent moon of yellow sapphires. The day and night scenes are created using gems and they look stunning. In fact, almost all of the 1,600 diamonds and sapphires were used to create the scenes on the watch’s exterior, the watch face, and the bezel. The crown features a sapphire cabochon and its engraved and fluted stem is dotted with small diamonds. The circular mother-of-pearl dial with adorned with alternating blue sapphire and white diamond hour indices. The dial is surrounded by a pattern created to look like the petals of a flower formed from mother-of-pearl and blue sapphire. On the reverse side is a unique composition of the bat sign against a blue enamel night sky surrounded by stars. The bat automaton is activated by a slide on the side of the case. The movement of the watch was specially created for it and is numbered “366996,” while the case bears the number “D 94947.” If this bespoke Batman pocket watch has had you interested, it can be yours for $498,228.29. 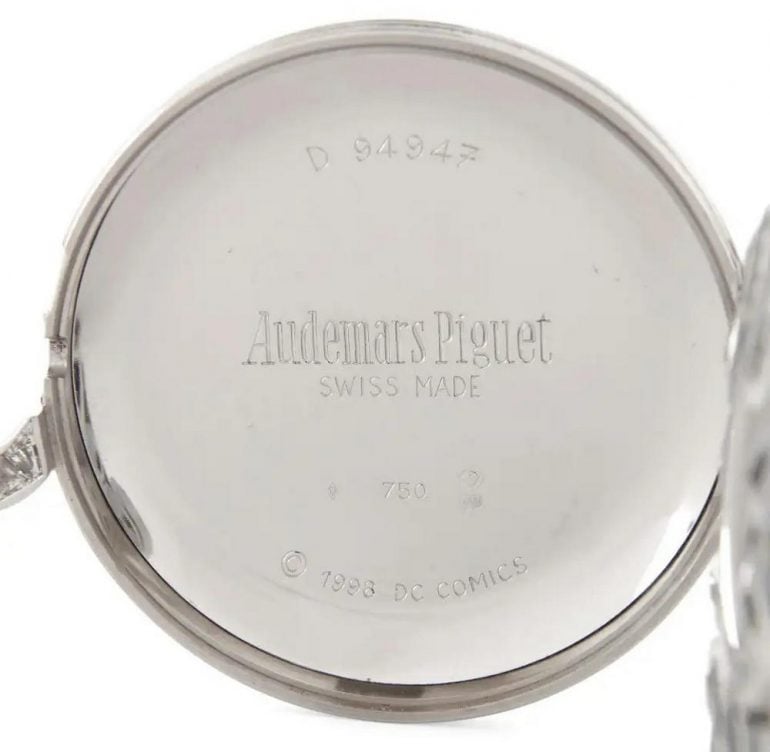 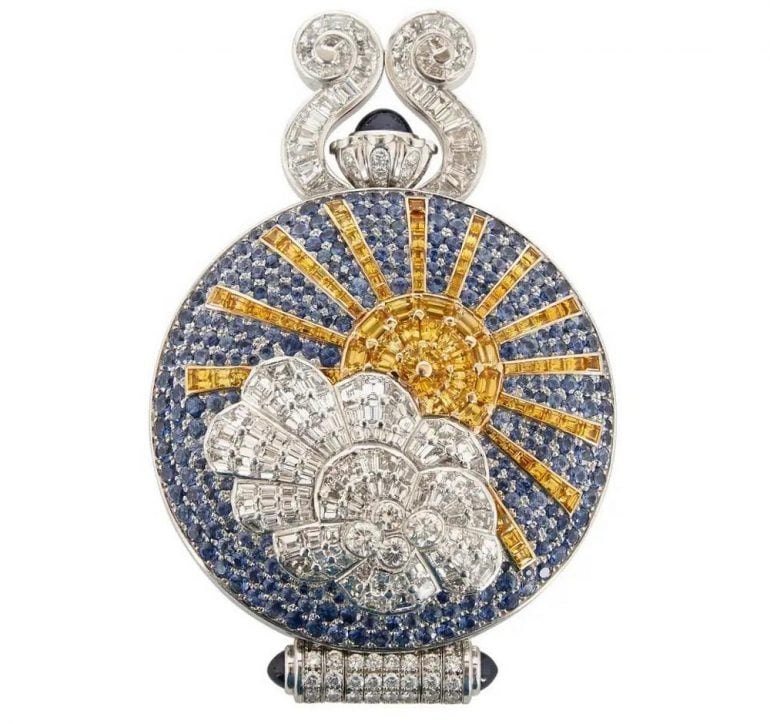 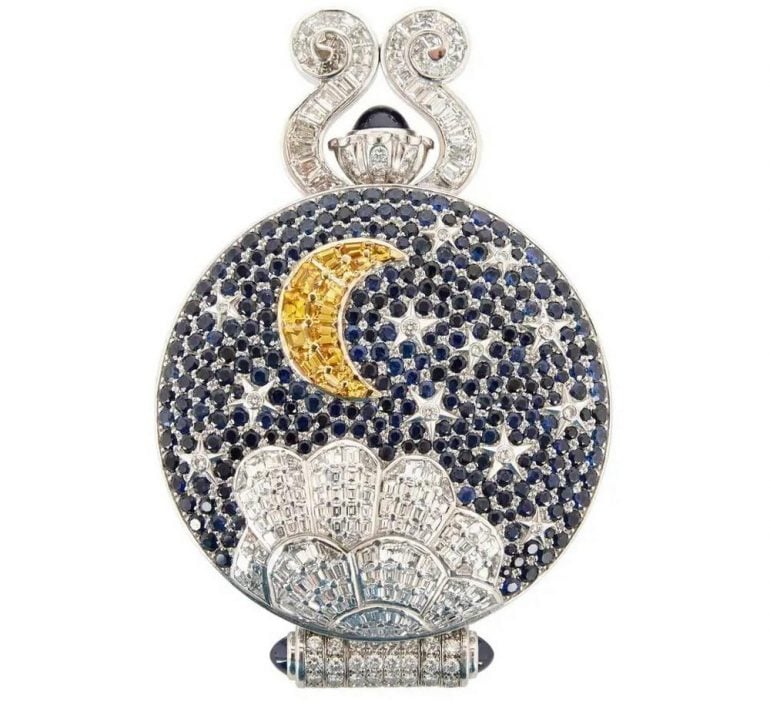 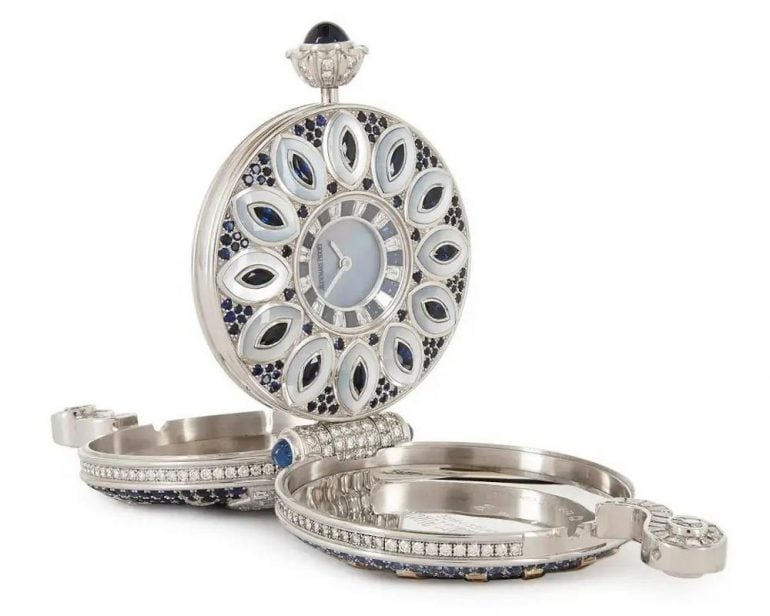 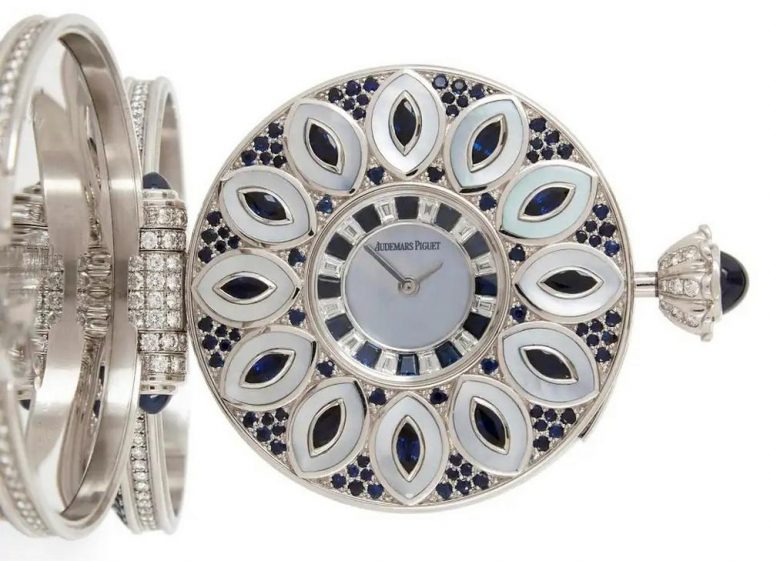 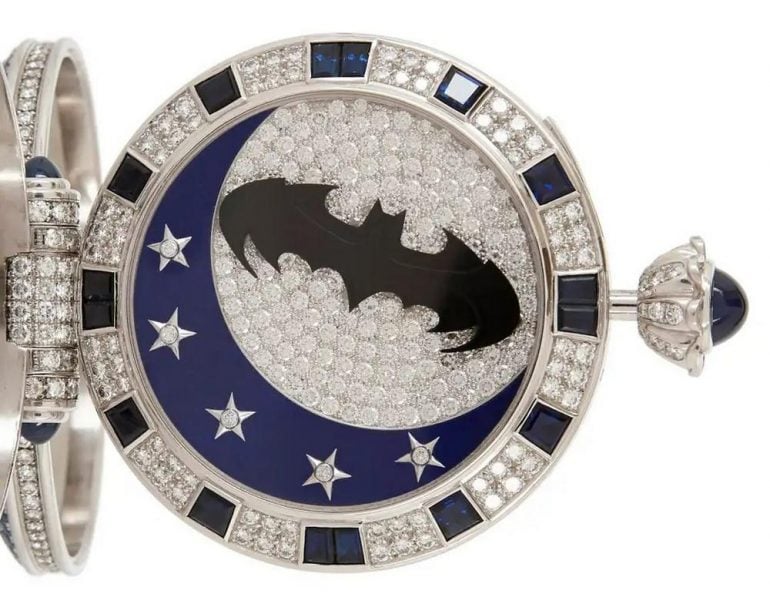 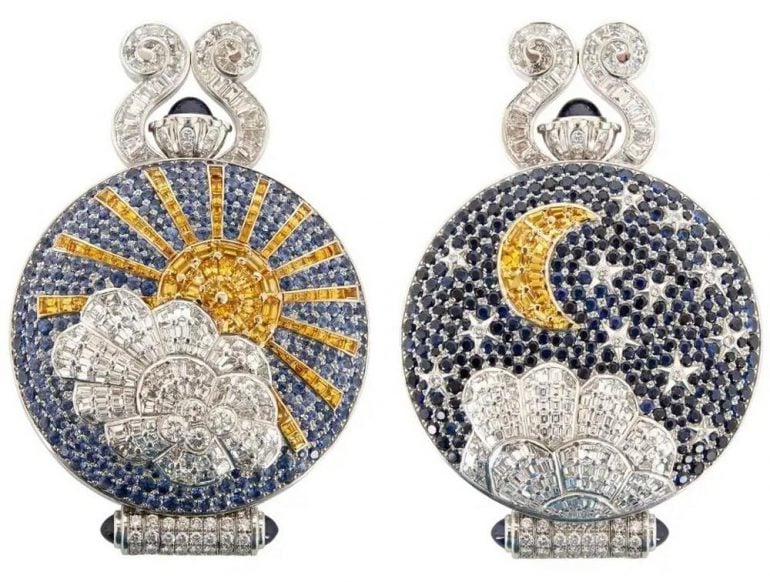