It was back in 1972 when Audemars Piguet introduced the very first Royal Oak, the reference 5402ST, in a series of 1,000 pieces. Designed by industry legend Gerald Genta, the Royal Oak not only saved the brand during a very time but went on to become one of the most iconic timepieces ever made. Royal Oak’s instantly recognizable and highly coveted design is defined by its octagonal case, an integrated bracelet, and the tapisserie dial – a combination that’s as special as the Royal Oak itself. However, the Swiss manufacturer has quietly revealed a new iteration of the iconic watch with a surprise twist. Behold the new Audemars Piguet Royal Oak Selfwinding Flying Tourbillon 26730 which has abandoned the signature Tapisserie dial in favor of a dimpled dial. 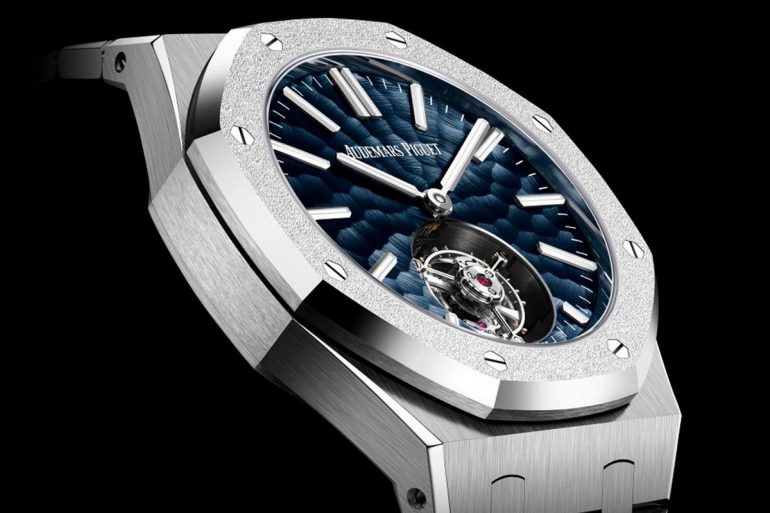 Available in rose gold and white gold versions, the newest iteration of the Royal Oak retains most of the other traditional design elements. The case has a diameter of 41mm and features a hand-hammer, frosted octagonal bezel, while the signature linked bracelet is brushed and polished instead of frosted. What’s new is the dial that gets a circular brushed finish along with a dimpled texture. The dial is rendered in deep blue for the white gold and in chocolate brown for the rose gold. While the texture might remind you of a golf ball, if you look closely you’ll notice that the dimples are not symmetric. In fact, the texture gives a lot of depth to the dial by adding three-dimensionality to it. The rest of the dial looks familiar and has an aperture at 6 o’clock for the flying tourbillon. 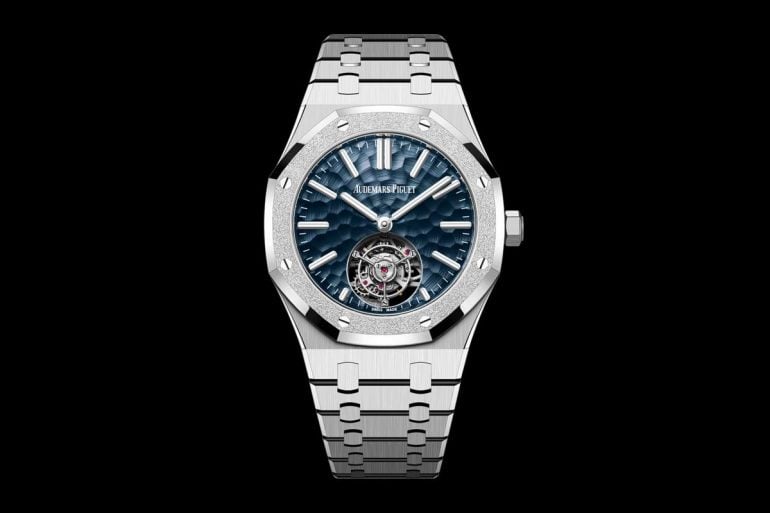 The timepiece is powered by the in-house Calibre 2950 that was introduced in 2019. The automatic movement is made out of 270 components and offers 65 hours of power reserve when fully wound. The beautiful movement can be seen through the transparent sapphire crystal caseback. Audemars Piguet has not revealed the pricing or the number of examples it will make of the new Royal Oak, but we expect it to be priced north of $200,000.