Previewed at the 2014 Baselworld, Girard-Perregaux made the official press debut of the all-new rose-gold version of its flagship Chronograph timepiece, Chrono Hawk, at the JCK 2014 in Las Vegas. The Hawk collection has built a reputation of being a superbly crafted sporty chronograph watch and is characterized by its angular cases. Set in rose gold with satin finish, the case of the new Girard-Perregaux Chrono Hawk is made up of no less than 62 different parts and measures 44 mm in diameter. Similar to all the other models from Girard-Perregaux’s Hawk line, the rose gold edition is built out of a combination of several different materials for the case, including black ceramic which is used for the bezel and chronograph push-pieces and high-tech rubber, which is fused with black alligator leather in the strap. The ceramic is extremely hard and is scratch-proof with a Vickers rating of 1,400. 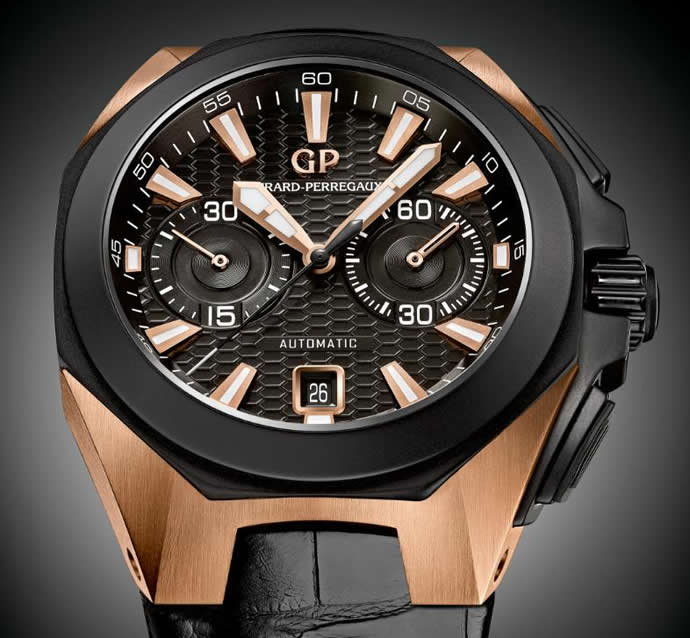 The dial of the watch is in black color and presents a motif inspired by the shape of the Girard-Perregaux Tourbillon Bridges. It bears a three-dimensional flange graduated with the minutes scale and showcases the indexes striped with bands of luminescent material for night reading. The subdial at 9 o’clock tallies 30 minutes of chronograph running time and the subdial at 3 o’clock displays the running seconds. The date appears in an aperture at 6 o’clock. The timepiece is powered by the brand’s automatic caliber GP03300, which is made up of 431 components and has the Hawk collection’s hallmark arrow-shaped rotor. The movement can be admired through the sapphire window in the caseback. The price is yet to be officially announced. 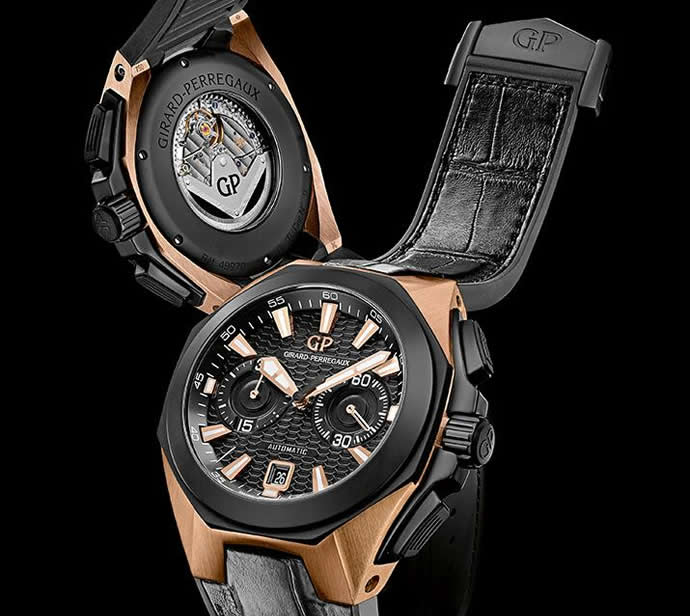