Girard-Perregaux wowed everyone last year by introducing the stunning L.M Constant Escapement timepiece and had set the bar very high, but the Swiss watchmaker has outdone their last year’s success this year by introducing the new Tri-Axial Tourbillon at the 2014 Basel World luxury jewelry and watch show. The timepiece is a perfect blend between top-notch watchmaking and spectacular craftsmanship and it doesn’t take more than a glace to gauge that the watch is truly special. The central feature of the watch is its fully visible tourbillon which like the name suggests has three independent axes of rotation. The entire escapement is suspended inside a three-dimensional bubble in the sapphire crystal that protrudes outwards.

The Girard-Perregaux Tri-Axial Tourbillon has a large 48mm pink gold case which also houses the 16.83mm thick caliber. As mentioned before, the most eye-catching feature in the dial is the tourbillion that features a regulator on three separate axes. It has three layers of cages, each adding an additional axis of rotation. At the center is a traditional tourbillon with a one-minute rotation that houses a balance beating at 3 Hz (21,600 vph). Second one is a faster 30 second cage, and finally the outermost cage that rotates once every two minutes. The whole tourbillon has a total weight of only 1.24 grams. The case-back is transparent and reveals the entire movement. The watch is visually impeccable. The Tri-Axial Tourbillon is a limited edition and only ten examples will be made and is priced at $501,900. 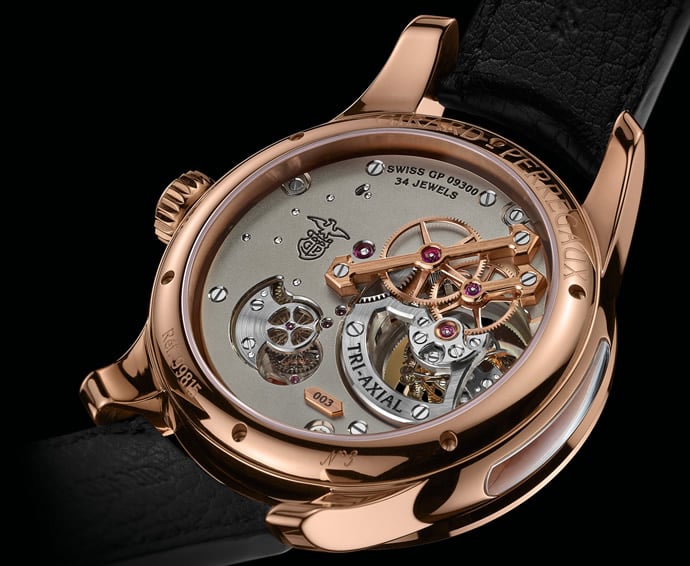 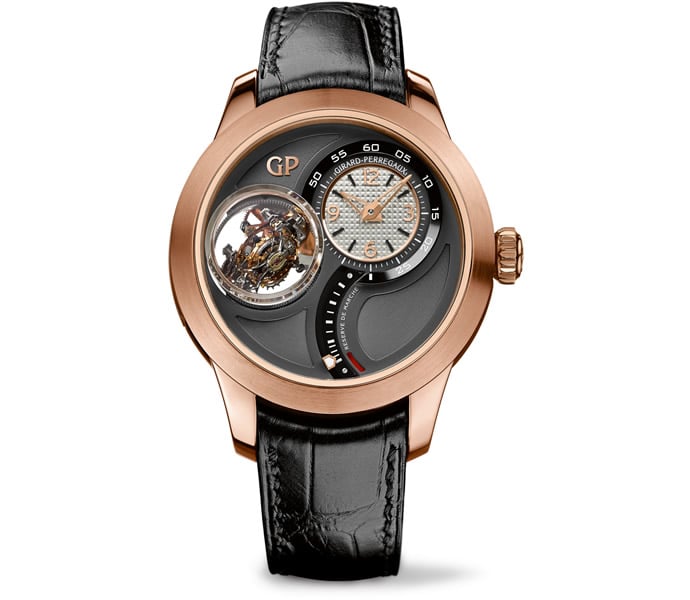