Two years ago, Grand Seiko surprised everyone by revealing the T0 constant force tourbillon concept movement that created a lot of excitement amongst the fans of the Japanese watch manufacturer. While it technically wasn’t the brand’s first tourbillon, the concept movement was the first by Grand Seiko to feature a constant force mechanism. It was a great way for Grand Seiko to showcase its technical prowess in haute horology. Since then, everyone has been eagerly waiting for the Japanese luxury watch brand to release the commercially available version of the T0 constant force tourbillon in a production wristwatch. Well, it’s here! Meet the limited edition Grand Seiko Kodo Constant-Force Tourbillon, a brilliant timepiece that elevates the brand to a new level of watchmaking. 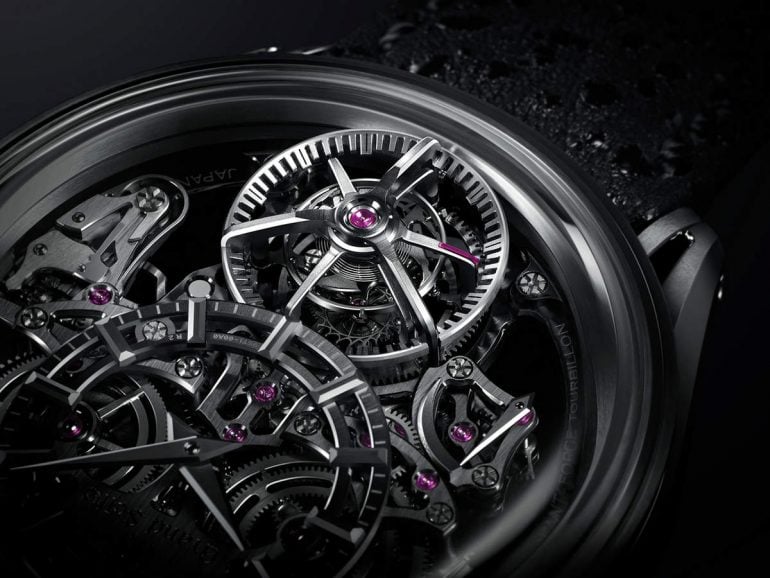 Revealed at the Watches & Wonders 2022 show, the Kodo Constant-Force Tourbillon features a 43.8mm case constructed from a blend of 950 platinum and the brand’s proprietary Brilliant Hard Titanium alloy. While it retains Seiko’s instantly recognizable elegant styling, the limited edition deviates from the watchmaker’s traditional understated design language by offering a more European-looking take of the “Grammar of Design” case. The skeletonized dial with a two-tone finish puts the focus on the intricate componentry of the movement, which is simply breathtaking. The timekeeping subdial is at 12 o’clock and gets 12 baton indices atop a skeletonized chapter ring and Seiko’s familiar beveled dauphine hands. 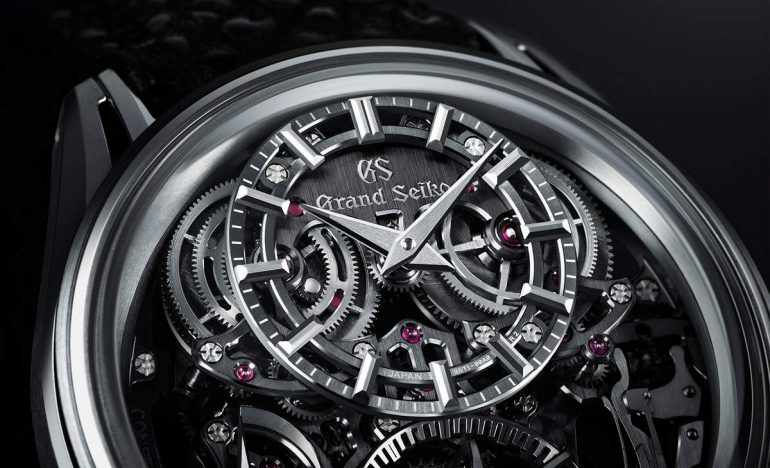 This brings us to the highlight of the watch – the movement. The production version of the T0 Constant-force Tourbillon concept, the caliber 9ST1 movement, features a more toned-down styling to match the look and feel of the timepiece and is also noticeably smaller. Comprising 340 components, the in-house hand-wound movement is a mechanical masterpiece with the constant force mechanism integrated into the tourbillon cage. 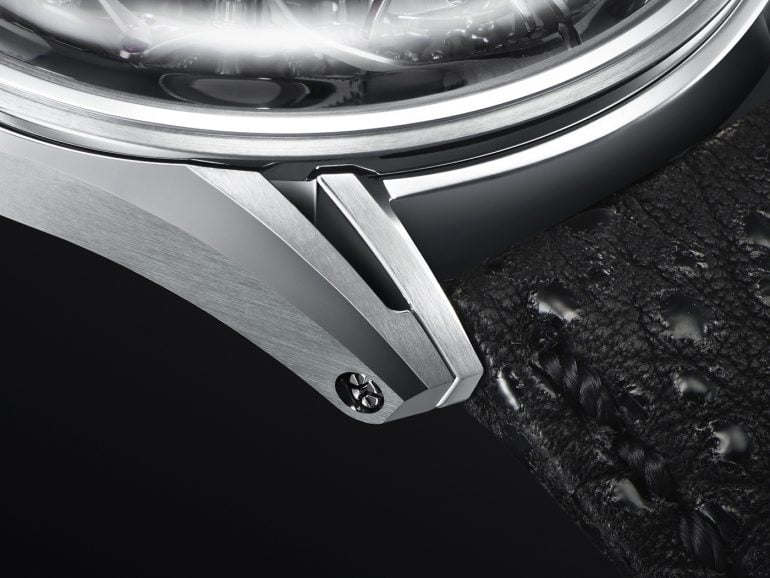 The brand claims the movement offers a power reserve of 72 hours at a 28,800 bph beat rate and an accuracy of -3/+5 seconds per day. Only 20 examples of the Grand Seiko Kodo Constant-Force Tourbillon will be made and will be available through authorized dealers from October with a price tag of $350,000. 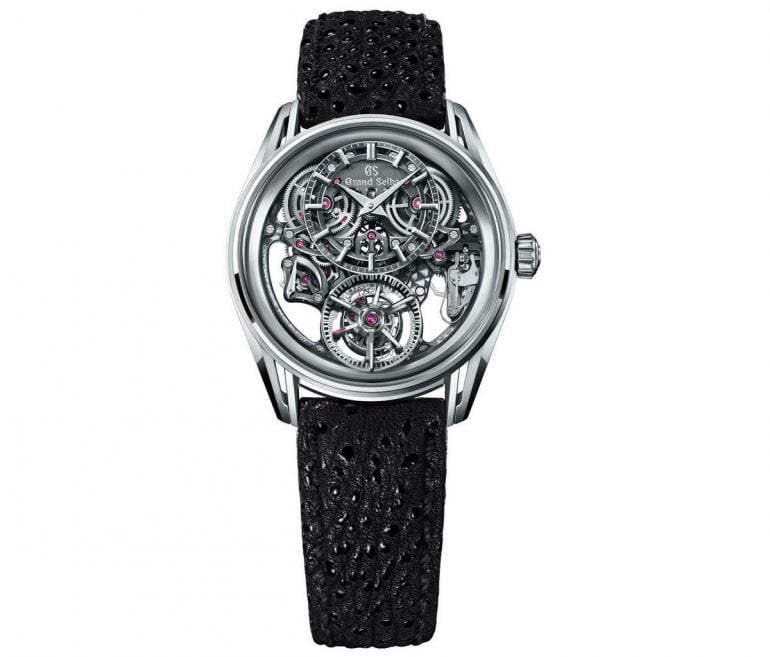 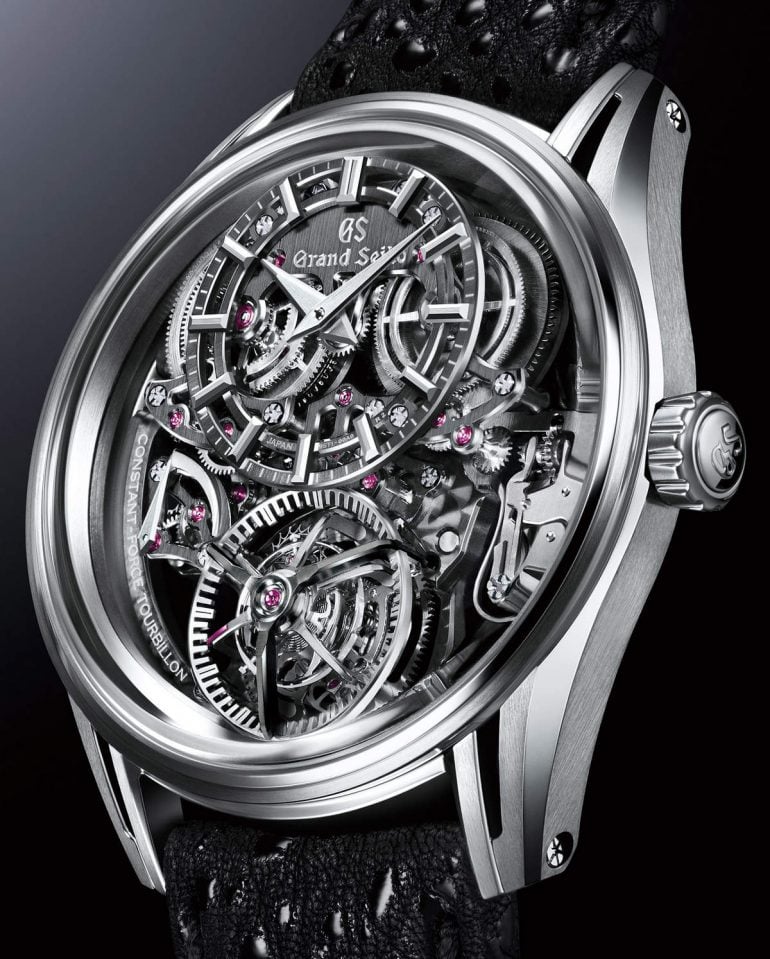