Moonlight drowns out all but the brightest stars. Last year, The Arceau L’Heure De La Lune by Hermès was the brightest star at the Salon International de la Haute Horlogerie. It was more than well received with herds of people stopping and admiring its technical mastery and superlative design. The watch uses a Hermès in-house movement as a base for an exclusive complication that has a pair of discs showing the hours/minutes and date. The presence of a dual moon phase indicator shows both the northern and southern hemispheres at once. How it works is, on the dial, there were two mother-of-pearl moons and hovering above these were two discs (one showing the time, the other the date) that rotated around the dial over a 59-day period (the length of two moon phases) and over the moons, so they appeared to wax and wane. The Arceau L’Heure De La Lune is making a comeback this year with five new versions! A few things were so great they were left untouched like measuring 43mm and utilizing the same movement and module, but with new dial options. Our eyes can’t handle the beauty of the two blue-tinted models, one with a dial of Lapis Lazuli and one utilizing a hard stone called Blue Pearl. The other three models made of real meteorite varieties like lunar meteorite, black Sahara meteorite, and Martian meteorite make it immensely puzzling to choose a favorite. That’s right there’s a Martian meteorite in the mix here which is an incredibly rare addition to an already rare collection of lunar meteorites.

The watches are all water-resistant to 30 meters and come with matte alligator straps in different colors like blue, graphite, Veronese green and black. It would also interest you to know that the meteorite dials are all limited editions. The Lunar and Black Sahara versions are limited to 36 pieces each and sell for $54,100 and the Martian version is limited to two pieces only and price is revealed on request. Blue Pearl and Lapis Lazuli versions are additions to the main collection and sell for $33,200. 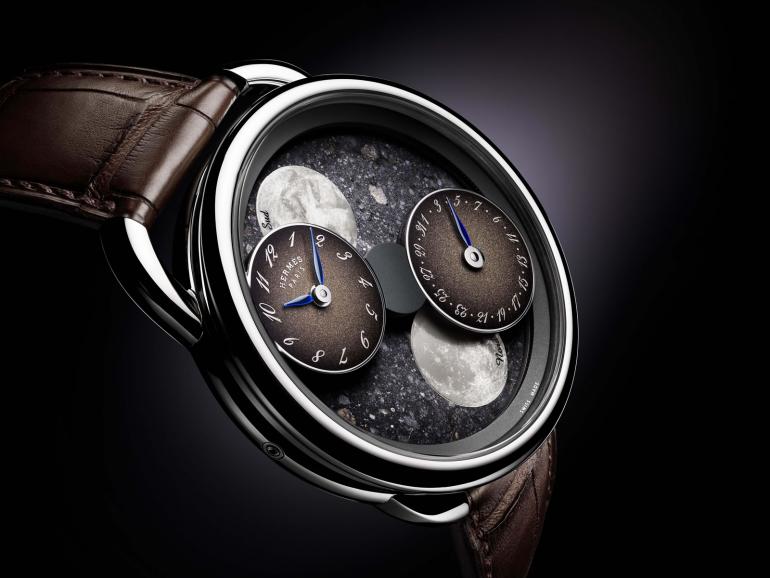 This $3.65 million Swedish hypercar’s paint is so special that it is five times thicker…

Dubbed a once-in-a-lifetime discovery, the worlds largest ruby weighing at 101 carats was unveiled in…