Back in March last year, news broke out that avant-garde watchmaker HYT had filed for bankruptcy and was going out of business. The ultra-niche company from Geneva that was founded in 2012 was hit hard by the pandemic and was forced to shut shop after failing to raise crucial funds to stay afloat. But here’s the good news – HYT is back! The company has been resurrected after being acquired by its new owner (Swiss Kairos Technology Limited) and a new leader has been put in place to lead the brand into the future. At the helm of affairs is the new CEO Davide Cerrato who was previously head of design at Montblanc and Tudor. Ready to roar back to life, HYT has introduced a brand new limited production timepiece called the Hastroid Green Nebula. 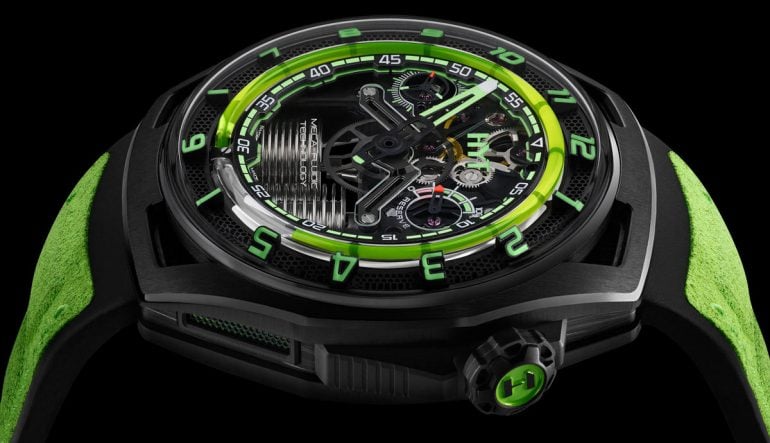 The HYT Hastroid looks like a modern reinterpretation of the H1 – the first watch by HYT. However, under the new ownership, the brand seems to have adopted new nomenclature and language to describe the new timepiece. Gone missing from the official release is the usual mention of “hydro-mechanical horologists” or emphasis on the brand’s unique fluid-based timekeeping system. Instead, HYT has introduced a new term – Meca-Fluidic Technology. While the language might have changed, the HYT Hastroid still retains HYT’s unique fluid-based indicator for the hours. Although, we are not sure if the Swiss watchmaker will continue using it for all its future products.

The case measures 48mm-wide, 17.2 mm thick and 52.3mm from lug to lug, and is produced from black-coated titanium and features segments of carbon throughout. The dial is topped by a domed sapphire crystal and has retained HYT’s distinct design DNA intact. The lime green luminescent indications of the hours provide a stark contrast with the black theme of the watch. The openworked dial gives a glimpse of the 501-CM movement along with the beautiful bellows and capillaries that support the unique system that’s based on fluid technology. The movement was co-developed with revered watchmaker Eric Coudray and offers a power reserve of 72 hours. Completing the look of the watch is a rubber strap with embossed Alcantara in a matching green color. Only 27 copies of the watch will be made with a price tag of approx. $75,000. 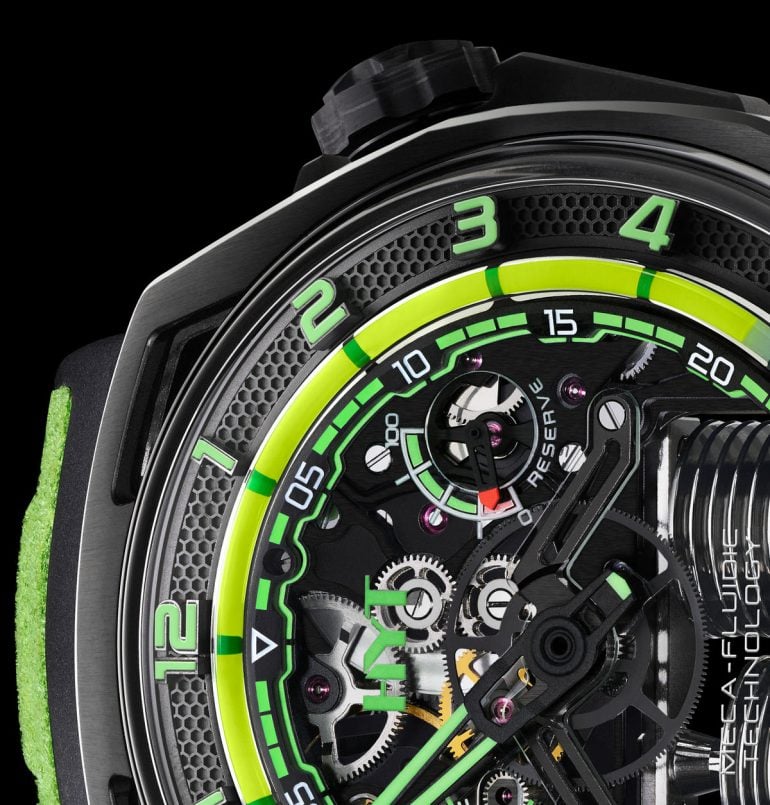 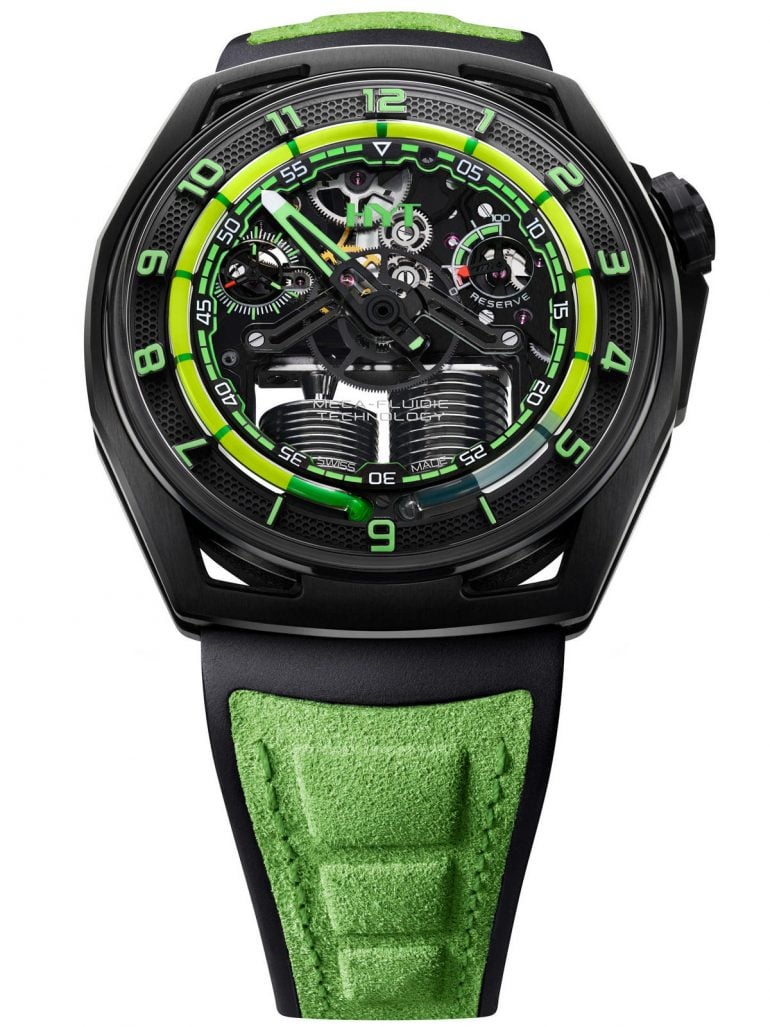 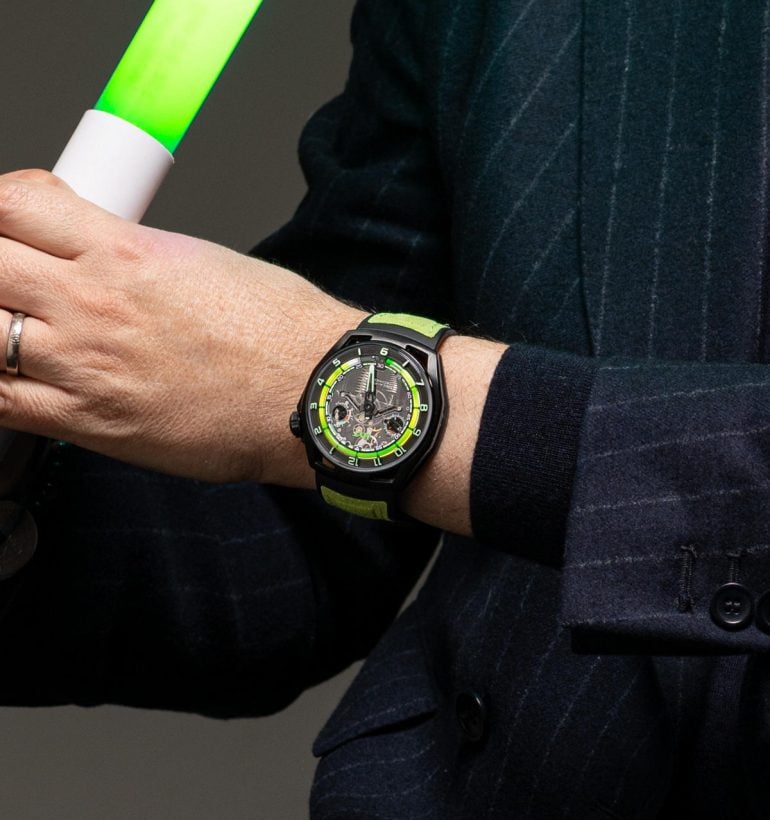 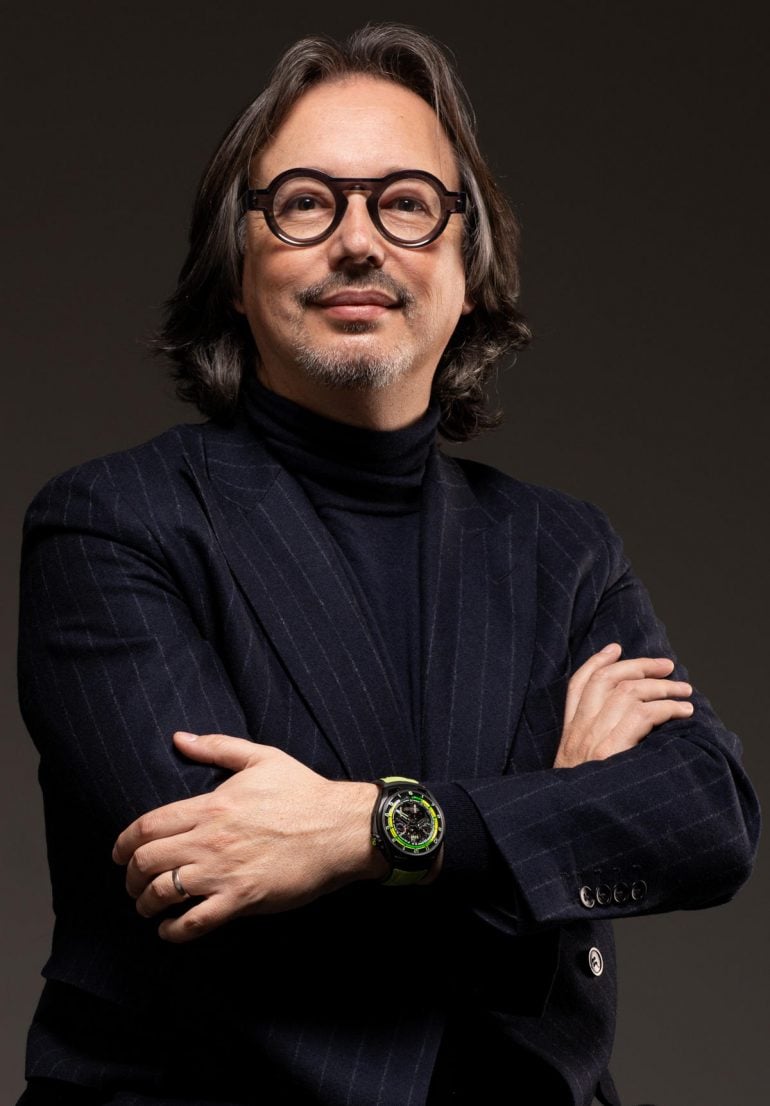 Tags from the story
HYT, Limited-Edition