Rolls-Royce has introduced yet another limited-edition version of the Wraith dubbed St. James Edition. The latest special edition Wraith features a unique bright red paint scheme along with an aluminum front grille, chrome door handles and aluminum window surrounds. The car also comes with 5-spoke two-tone alloy wheels. However, the biggest upgrade can be found under the hood, where the Wraith’s twin-turbocharged 6.6-liter V12 engine has been tweaked to generate 632 horsepower – an increase of 8 horses over the regular-production model – and 590 lb-ft. of torque. 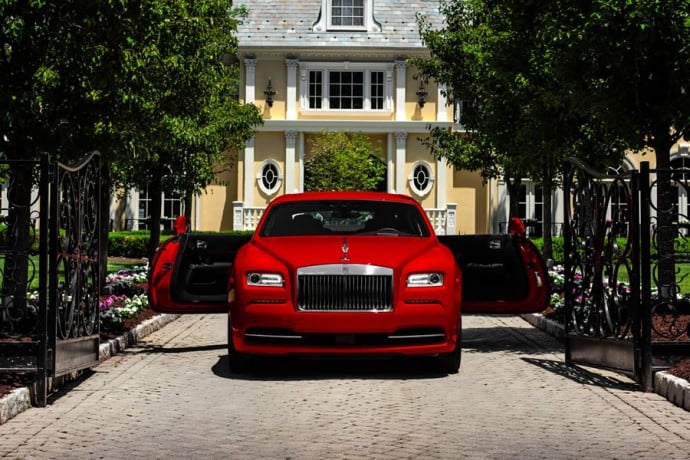 The gain of eight extra horsepower makes the St. James Edition the most powerful production Rolls-Royce ever made. That is all the information that has been released by the British marquee. There is no word on how many examples of the Wraith St. James Edition will be build and how much of a premium the limited-edition model will carry. A convertible version of the Rolls-Royce Wraith will also be introduced soon in the form of the newly named Rolls-Royce Dawn.