After 15 years of partnership, French supercar manufacturer Bugatti and luxury watchmaker Parmigiani Fleurier have ended their long and exceptionally successful partnership, deciding to go separate ways in search of new ventures. This latest development has surprised many in the world of premium watches. Replacing Parmigiani Fleurier as Bugatti’s official watch partner is high-end jewelry and watchmaking house Jacob & Co, which has announced a seven-year partnership with Bugatti to collaborate on a series of exclusive co-branded timepieces. With the aim to push “the limits of what seems mechanically possible,” the announcement was made right before the start of Baselworld. “For this project we found the right partner in Jacob & Co., because we are both absolutely dedicated to innovation with superb technology, absolute beauty, craftsmanship and the highest quality of the materials”, said Stephan Winkelmann, President of Bugatti, at the stand of Jacob & Co. at Baselworld. 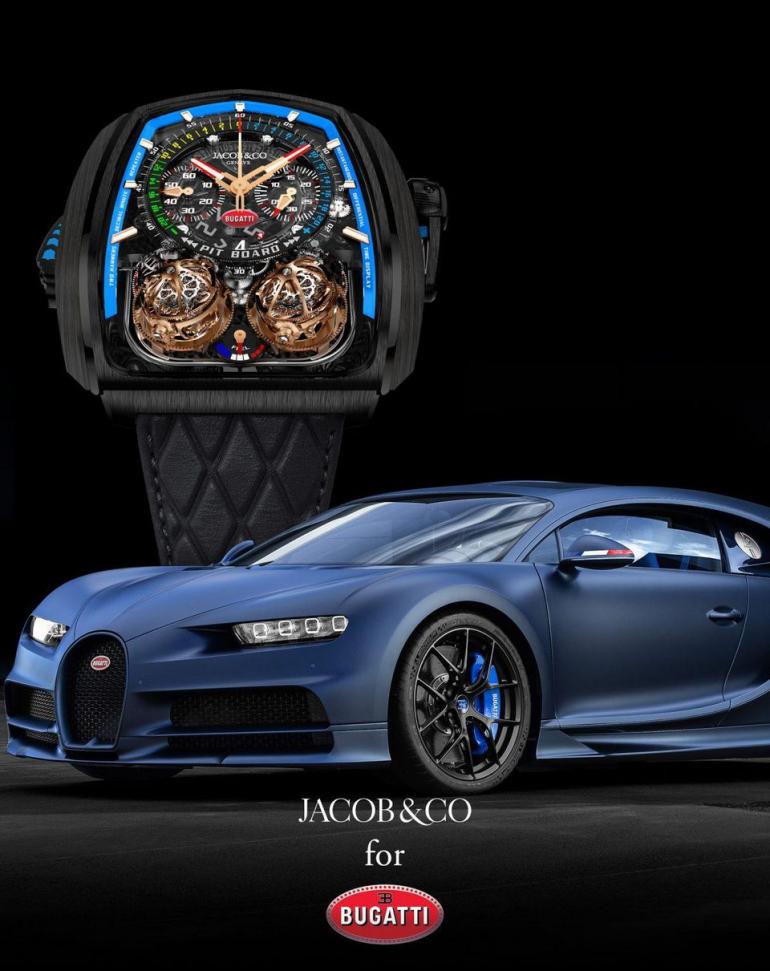 The partnership between the two brands was launched with two new Bugatti-themed timepieces. First of them is a limited edition watch called the Twin Turbo Furious Bugatti Edition. While the original Twin Turbo Furious has twin triple-axis tourbillons, a column-wheel chronograph and a decimal repeater, the new limited edition version is finished in the color turquoise around the dial to compliment Bugatti’s 110-year anniversary Chiron. Additionally, it features the Bugatti logo on the center of the dial between the chronograph counters and the power reserve indicator has been renamed as “Fuel”. It also wears the colors of the French flag, honoring the carmaker’s French heritage. Only 39 timepieces will be made, each individually numbered, out of which there will be 18 pieces made in carbon fiber, 18 pieces made in rose gold and 3 in diamonds. The watch will retail for 525,00 Swiss Francs (about $524,400). 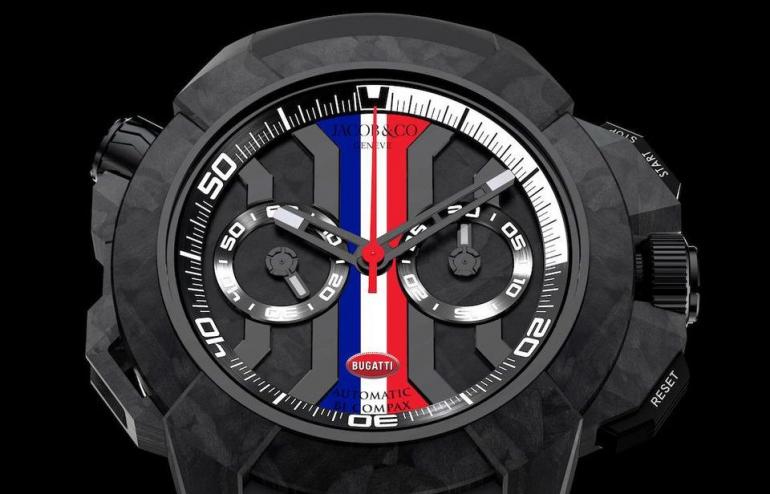 The second watch unveiled in Baselworld is the Bugatti Chrono Edition Limitee 100 Ans, which pays tribute to the founding of the brand by Ettore Bugatti 100 years ago in 1909. Based on the sporty Epic X Chronograph, 110 examples of the watch will be made to mark each year since the founding of Bugatti. The Bugatti-themed special edition features a special forged carbon case along with the colors of the French flag. It also has a special rubber strap inspired by the instantly recognizable rear sections of Bugatti supercars and features an “EB” logo on the buckle. It is priced at 36,000 Swiss Francs (roughly $36,126 USD).