Louis Vuitton has released a new iteration of its avant-garde timepiece, the Escale Spin Time, for 2020 which arrives with a bi-material case in rose gold and black PVD-coated titanium along with an otherworldly meteorite dial. The Escale Spin Time timepiece gets its name from a unique time display that uses rotating cubes to tell time – a design patented and created entirely in-house at la Fabrique du Temps Louis Vuitton. The departure from the traditional way of using two hands to tell time makes the timepiece a very interesting and fun horological creation. The cubes spin independently to mark the passage of time. How it works is one of the 12 cubes tells the time on one golden face while the rest of them display various Louis Vuitton motifs in gray drawn from its famous luggage. Powering the watch is the same LV 77 caliber found in the previous iteration. 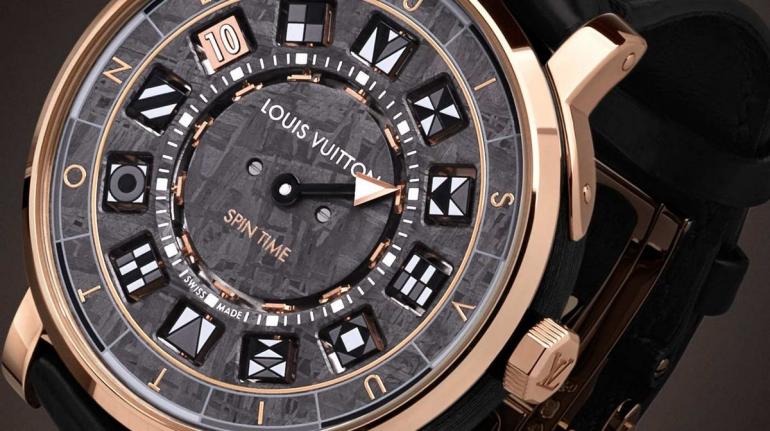 The new LV Escale Spin Time comes in a 41 mm case made of titanium with satin-finished black PVD and an 18-karat pink gold bezel. But the highlight of the latest iteration is the meteorite dial – a first for Louis Vuitton. The cosmic material is sourced from the Gibeon meteorites which landed in Namibia millions of years ago and beautifully matches the motifs on the cubes. The timepiece is paired with a black alligator strap with 18K pink gold folding buckle. The Louis Vuitton Escale Spin Time with meteorite dial is available on special order at select Louis Vuitton stores and has a price tag of $49,500. 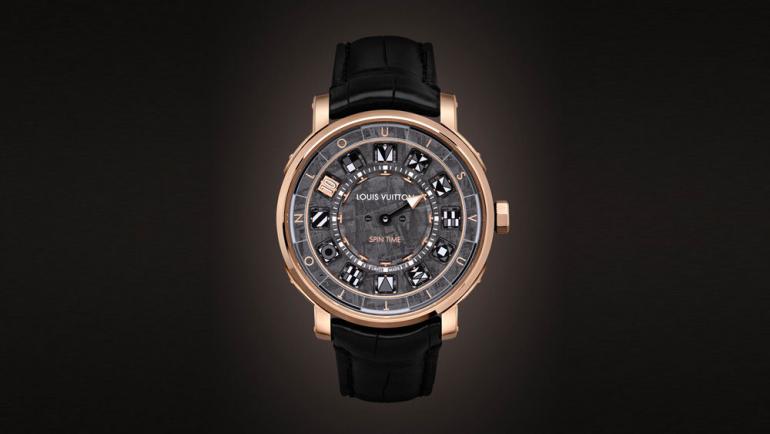