Swiss haute horologist MB&F is known for making some of the most wildest and insane timepieces, and they have done it again. MB&F has just revealed its latest creation named the Horological Machine 6 “Space Pirate” that more than lives up to the brand name thanks to its over-the-top styling. It is their most complex machine to date. The Space Pirate has five “dial” features: two sapphire domes housing the hour and minute indicators, two housing dampening turbines for the winding rotor, and a central dome housing a flying touribllon with a retractable UV shield. Inspired by an actual animated series called Captain Future, the HM6 borrows design elements from the previous pieces in the company’s HM line. However, if you ask me, the HM6 timepiece is the brand’s most out-there creation yet. 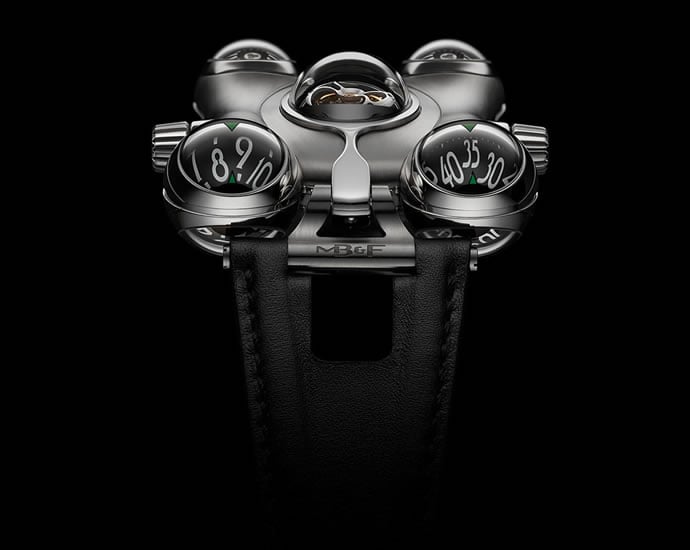 Horological Machine No.6 (HM6) Space Pirate has been designed to operate in the hostile environment of space: the space on your wrist. The HM6’s case is made from two chunks of milled titanium that require about 100 hours of polishing and brushing to achieve the HM6’s desired finish. Aft, driven by the automatic winding rotor, twin spherical turbines spin, automatically regulating the winding system to reduce stress and wear. Limited to only 50 examples, the HM6 watch carries a price tag of $230,000. 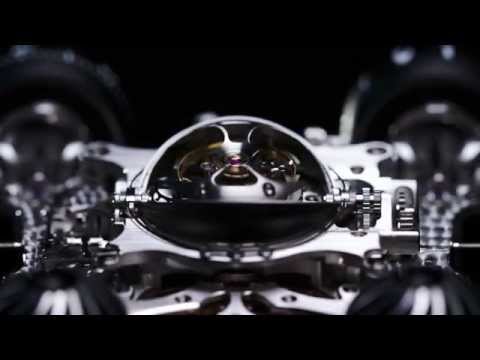 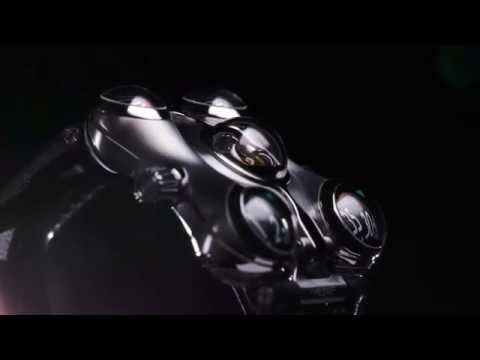