MB&F has introduced an uber-exclusive series of eight unique pieces based on the LM Split Escapement. Created with the help of master engraver Eddy Jaquet, the sci-fi inspired LM timepiece has been completely transformed by giving it a very prominent 19th-century touch inspired by the works of Jules Verne. Eddy Jaquet has worked with a long list of watchmakers behind the scenes, working his magic to create some of the most stunning timepieces. He is best known for his work on Voutilainen watches. MB&F founder Maximilian Büsser says, “We’ve worked with Eddy for years, but getting Eddy Jaquet to engrave names on movements is like playing Für Elise on a Stradivarius violin — you couldn’t imagine a more modest use of such an amazing gift.” However, this project gave Eddy virtually unlimited artistic freedom for the very first time.

The French novelist is often referred to as the “Father of Science Fiction” and he has had a wide influence on the literary avant-garde and on surrealism, especially with his 54-volume series of bestselling adventure novels called Voyages Extraordinaires. The eight stories that were selected for these unique watches are Twenty Thousand Leagues Under the Sea, From the Earth to the Moon, Around the World in Eighty Days, Five Weeks in a Balloon, The Adventures of Captain Hatteras, Journey to the Centre of the Earth, Michael Strogff, and Robur the Conqueror. 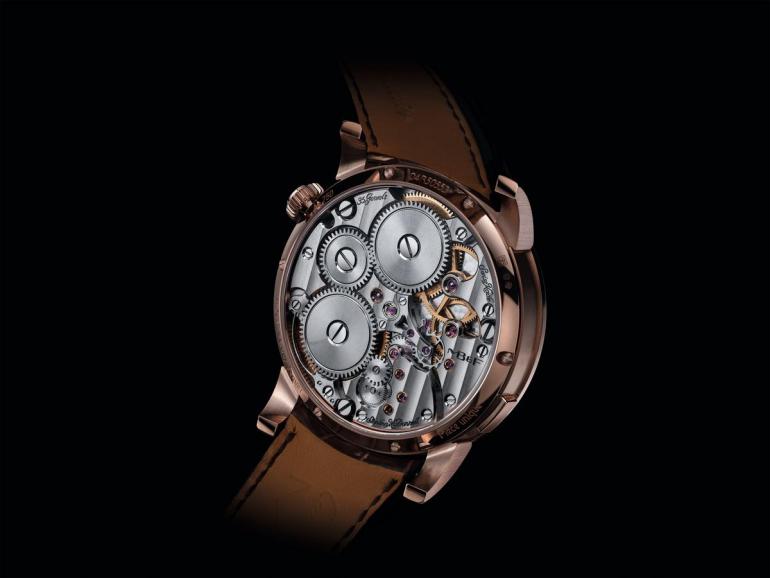 The LM Split Escapement ‘Eddy Jaquet’ marks a departure from usual MB&F timepieces where the focus is mainly on the technicality rather than the artisanal craft. The highlighting feature is its unique hand-engraved dial which incorporates elements unique to each of the eight stories. Each novel is directly engraved on the dial plate, modified to 18K white gold for this series of eight unique pieces. The bezel was made slimmer and the case dimensions were also tweaked to create more space for the wider dial plate and maximize the size for engraving. The case is in 5N red gold and measure 44.5mm x 18.2mm. The retail price of each unique piece is $162,000 before taxes, but we have been told that all of them have already been sold. 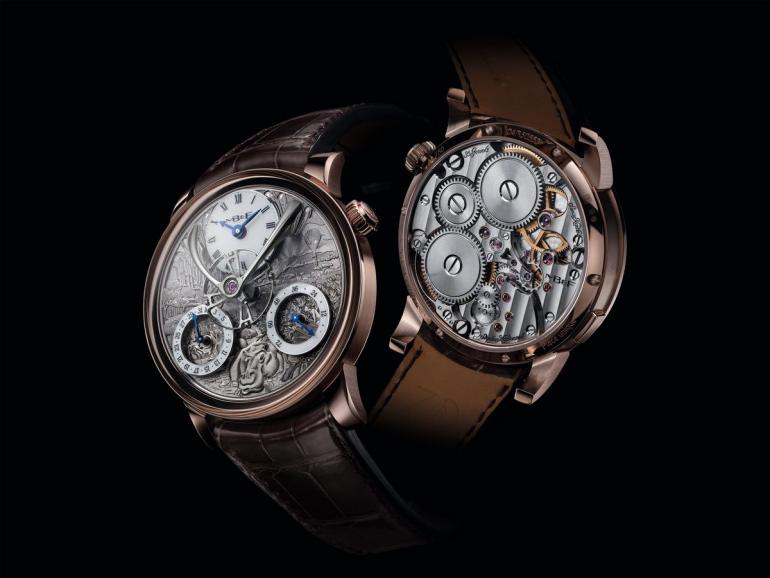 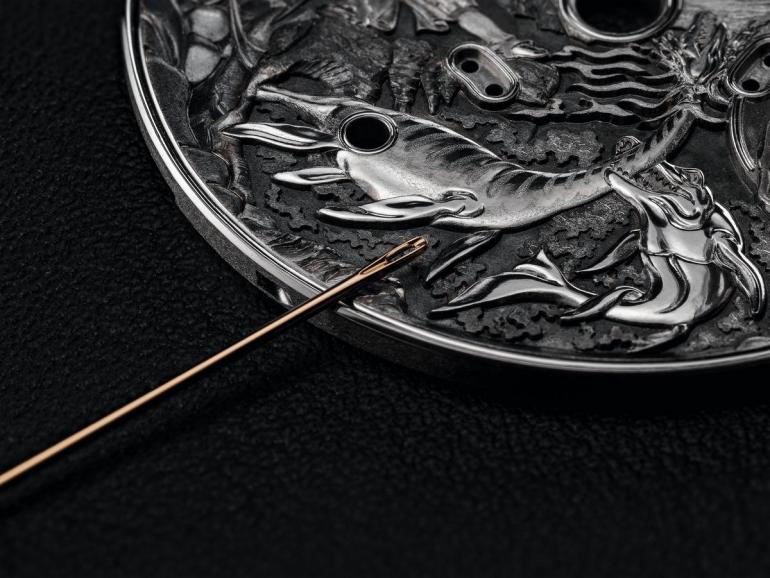 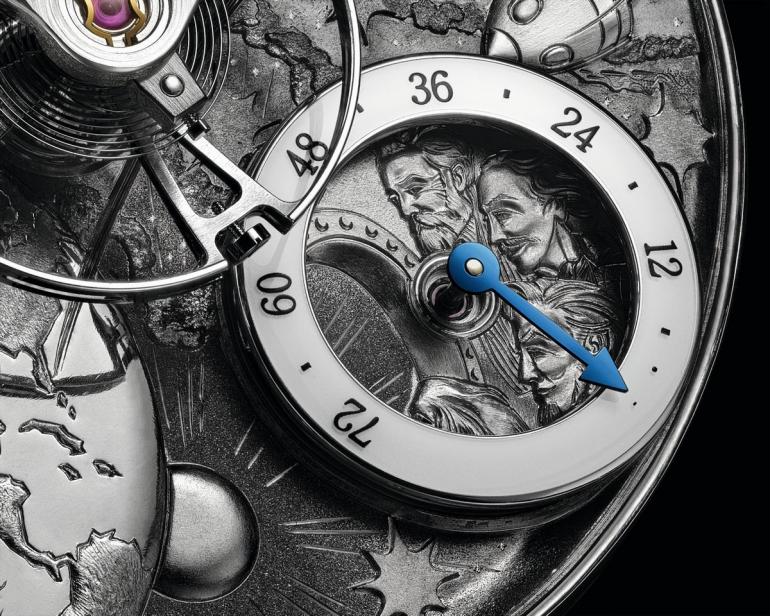 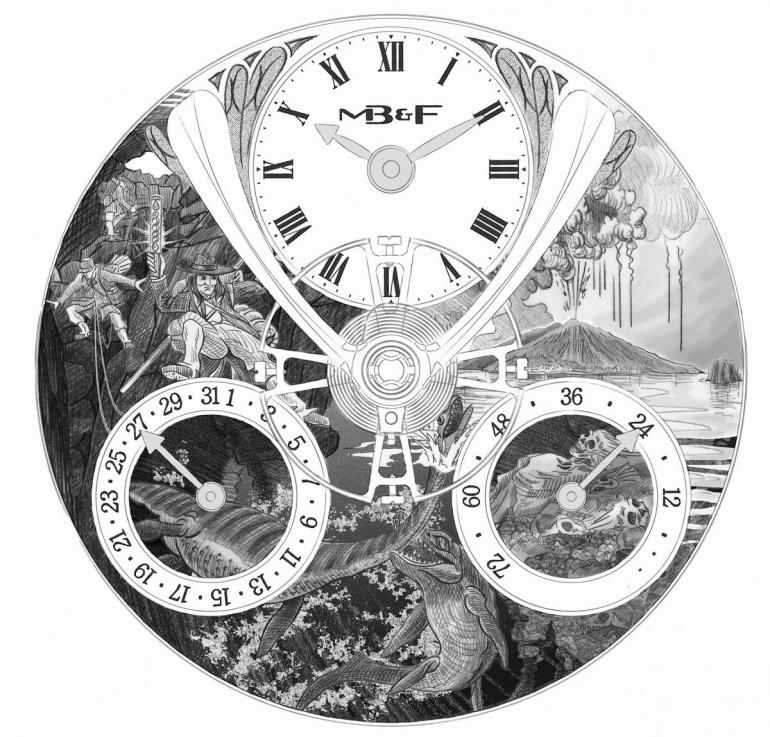 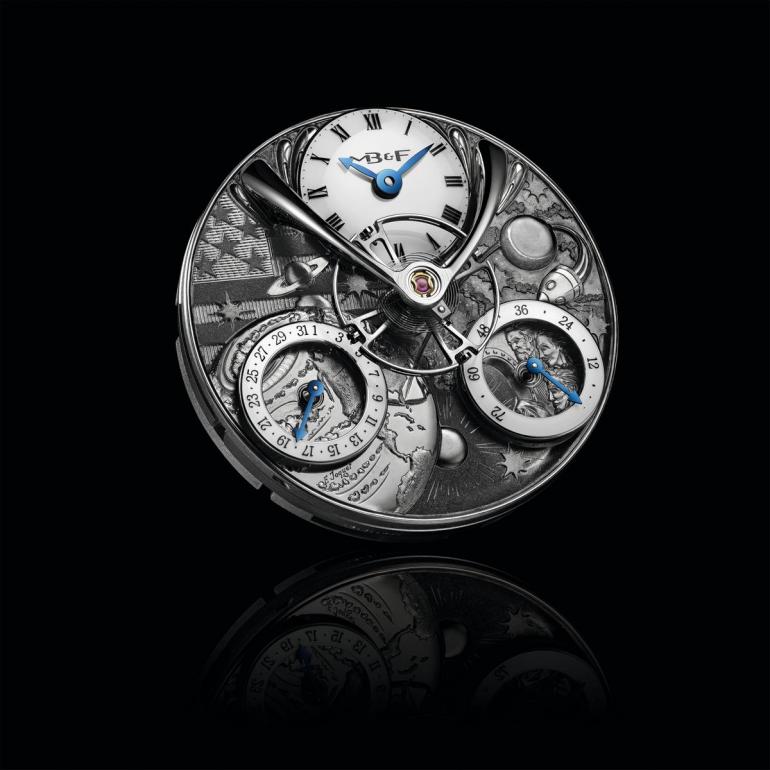 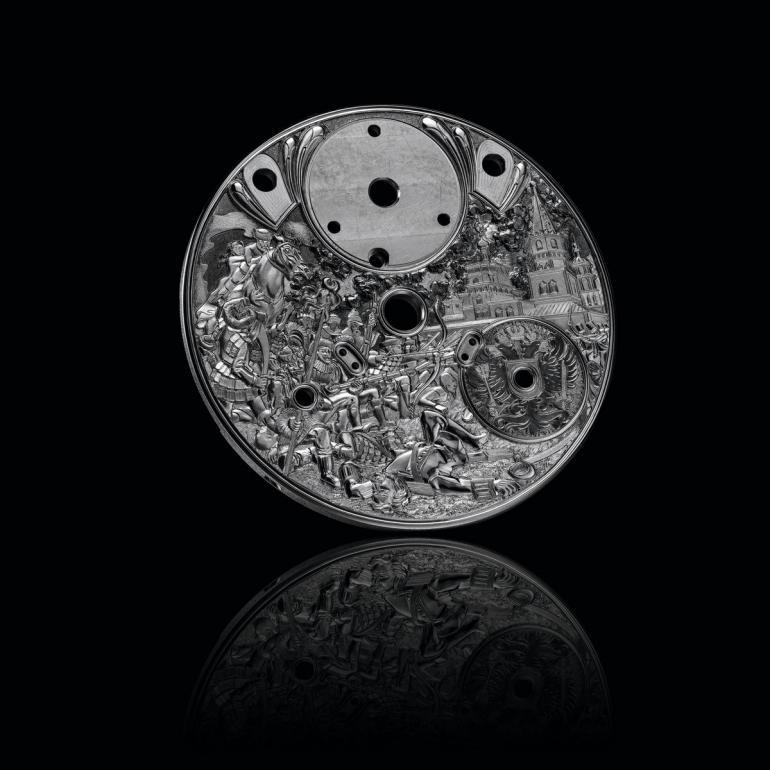 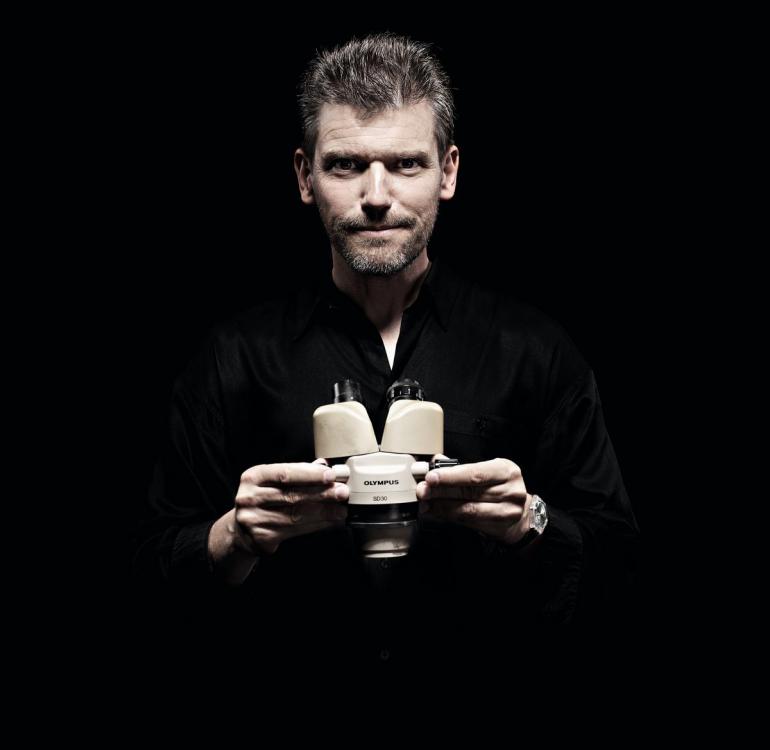