Montblanc has released a new limited-edition model of the 1858 Split Second Chronograph that originally debuted at the 2019 SIHH show. The latest version of the watch features a unique “Lime Gold” case which a brand new alloy called 18K Lime Gold. This alloy created by Montblanc consists of 18k gold, silver, and iron, which give it a distinct pale, yellow-green tone. Giving it a striking appearance is the use of green, which compliments the Lime Gold case. The numeral indexes, the cathedral hour and minute hands, and the tachymeter and telemeter scales are finished in green. Interestingly, the green Arabic numerals are fully made of Super-LumiNova. The company uses a patented technique to make the borderless “monobloc” shape of the numerals. 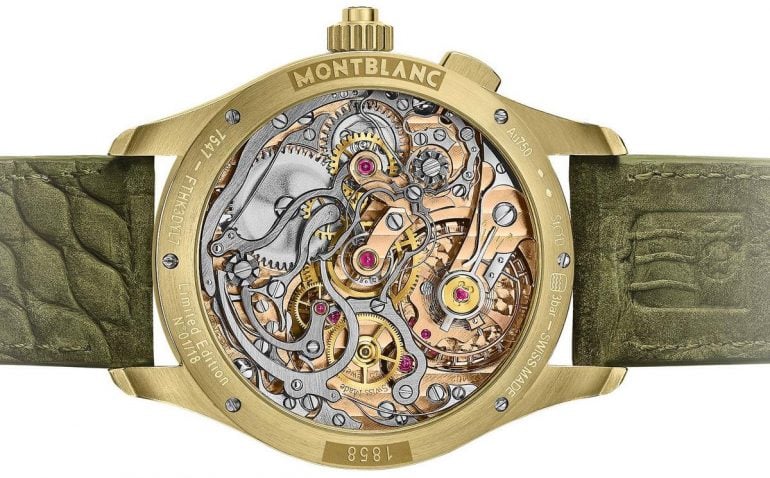 Mechanically, the watch is identical to the 1858 Split Second Chronograph that came out two years ago. It’s a fairly large watch with a case that measures 44mm wide and 4.2mm thick. The watch is said to be inspired by the military chronographs by Minerva from the 1920s and ‘30s and features a traditionally constructed and decorated rattrapante movement. Powering it is the in-house mono-pusher chronograph caliber MG M16.31. For this limited-edition version, Montblanc finished the movement in 18k gold. The intricate horological masterpiece is decorated using traditional techniques, including Côtes de Genève, inner angles, circular graining, and beveling. It operates at 18,000 vph and has a 50-hour power reserve. The Lime Gold edition is with a green nubuck alligator strap with beige stitching. Only 18 examples of the Montblanc 1858 Split Second Chronograph Lime Gold will be made, and it will carry a price tag of $50,000. 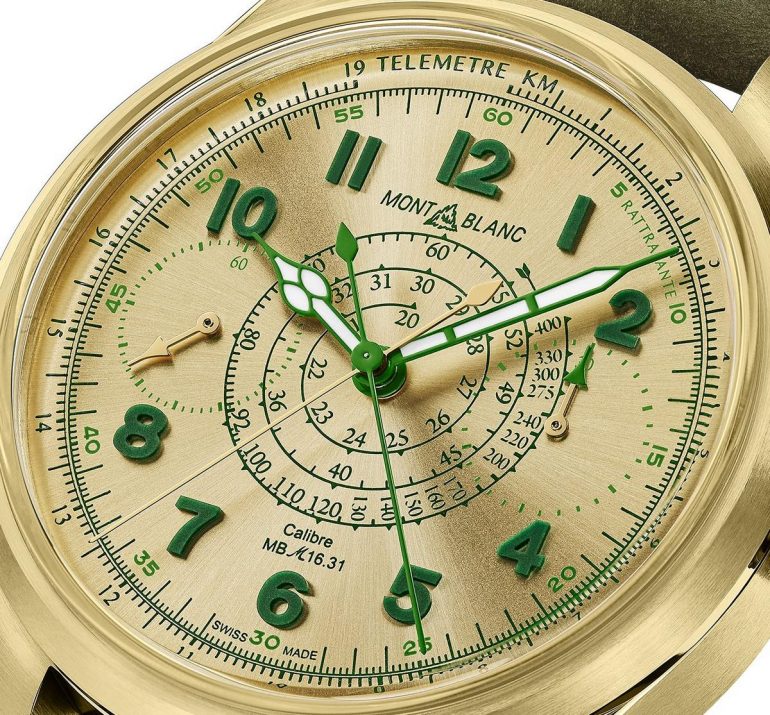 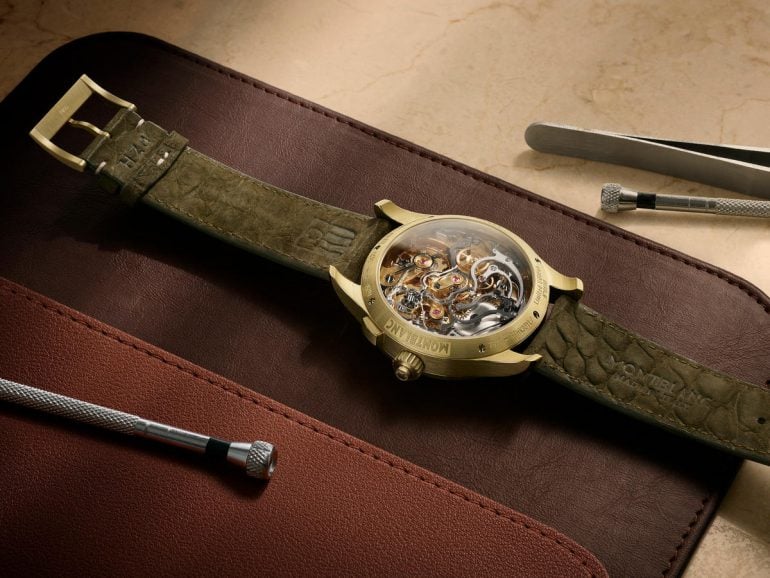 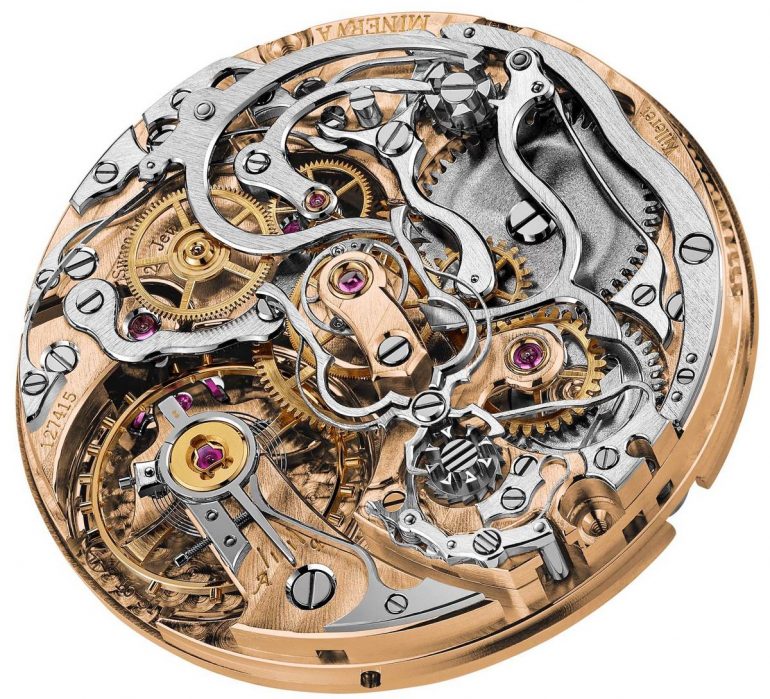 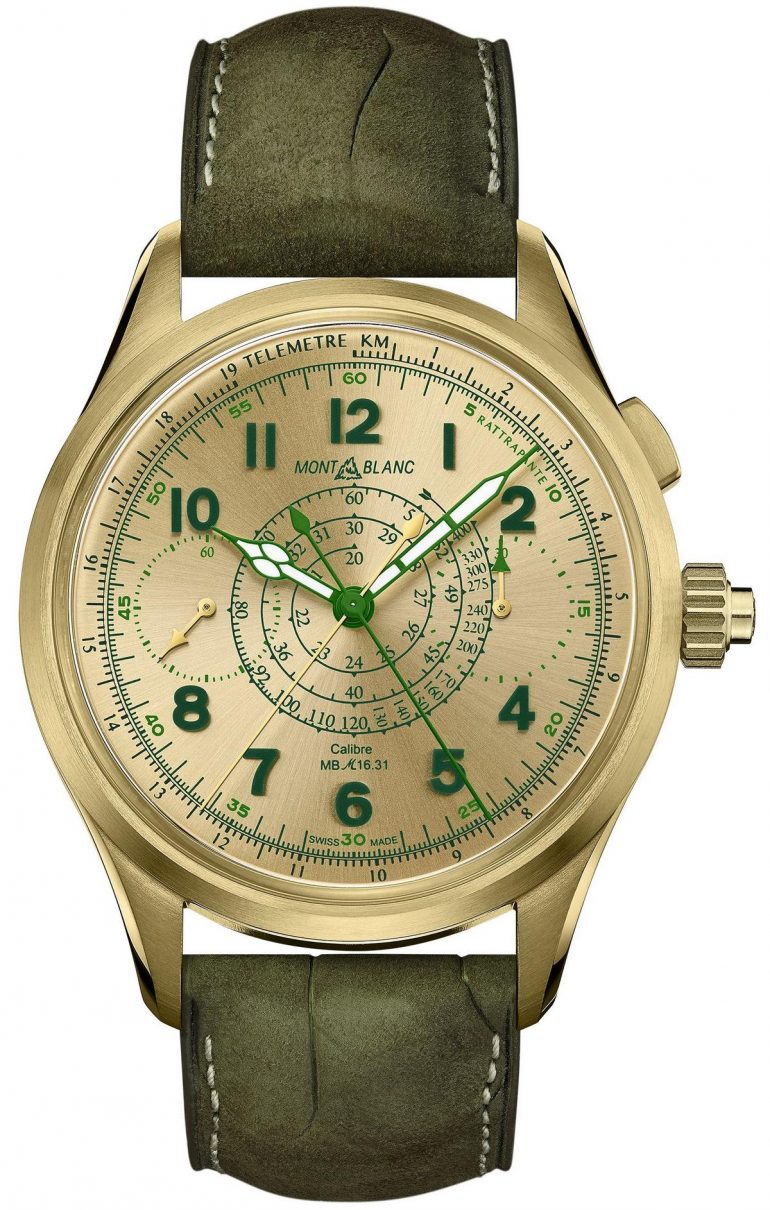