Back in 2019 at the SIHH show, Montblanc revealed the spectacular 1858 Split Second Chronograph. The massive wristwatch is a part of the brand’s 1858 collection that first debuted in 2015 and named after founding of the Minerva Watch brand in the mid 19th century. The timepiece is inspired by the military chronographs by Minerva from the 1920s and ‘30s and features a traditionally constructed and decorated rattrapante movement. And the $30,000 price-tag for the watch made it an absolute bargain. While the original version of the 1858 Split Second Chronograph came with a bronze case with black dial, Montblanc later debuted a one-off Only Watch edition with a titanium case and blue-agate dial that managed to sell for more than $100,000 at the charity auction. The brand has now released the 1858 Split Second Chronograph Limited Edition 100, which is essentially a limited edition version that closely resembles the one-off model. 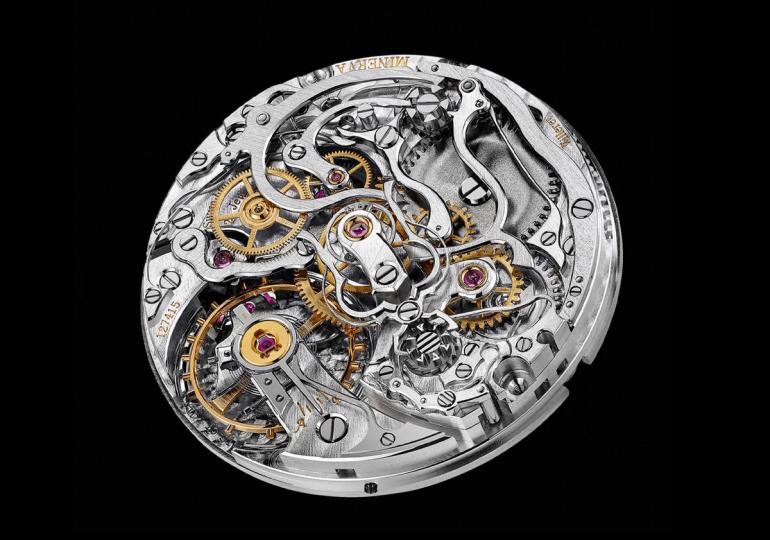 The 1858 Split Second Chronograph is a fairly large watch with the case measuring 44mm wide and 14.55mm high, which was necessary to accommodate for the pocket-watch-derived movement. While the bronze version that used an aluminum-heavy bronze alloy was a little hefty, the use of titanium for the case makes it much lighter and comfortable for the wearer; and not to forget satin-finished grade5 titanium case offers a rugged appeal. Despite the different material used foe the case, it sports an identical finish to the bronze version with matte brushing for the case flanks and top of the lugs separated by a wide, polished bevel. 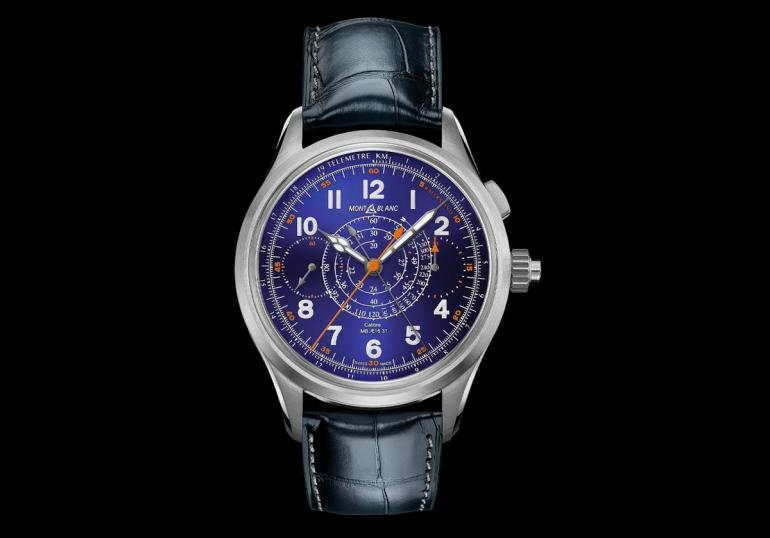 While the dial on the bronze version of the watch was finished in black, the new limited edition version gets a grand feu enamel dial which is created with a fairly elaborate process. 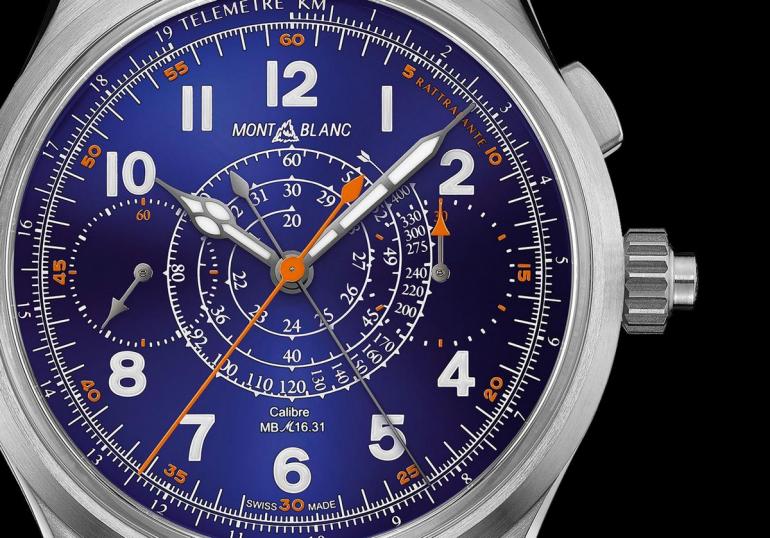 Starting off as a solid-gold disc, the dial is painted with a mixture of enamel powder, water, and oil. It is cooked in an oven at over 800℃, melting the enamel powder and fusing it to the gold base. The whole process is repeated several times to achieve a beautiful blue finish with the desired depth to the color. A delicate graduated finish of the blue tone that darkens towards the edges is attained by carefully varying the thickness of the enamel. The dial is then topped off with a layer of translucent enamel with finally the markings on the dial printed on top as the final step to the whole process. Just like the one-off version, the new limited edition with the faux-aged “lume” found on the original bronze model. Instead, the cathedral hands and numerals are instead filled with clean, white Super-Luminova. The design of the dial remains unchanged. 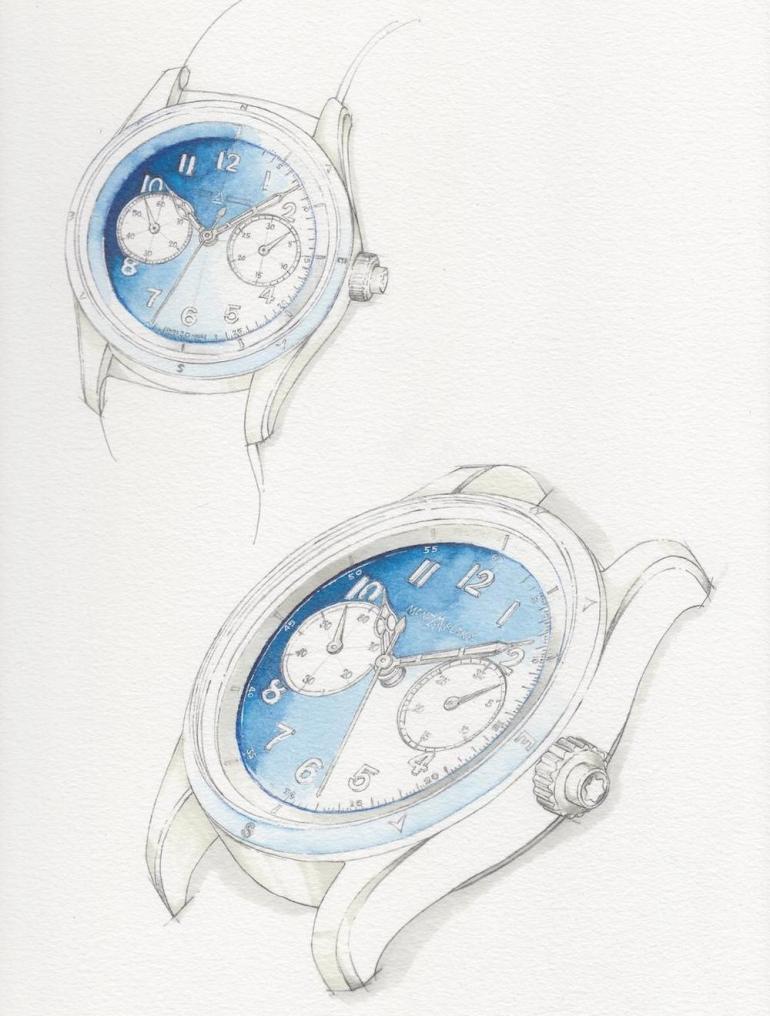 At the heart of the watch is the hand-wound and hand-finished MB M16.31 – essentially a pocket watch caliber adapted for a wristwatch and with the distinction of being made entirely in-house. Every single part is assembled by hand and meticulously hand finished using traditional techniques including Cotes de Genève patterns, circular graining and beveling, which can be viewed through the sapphire crystal case back. The large balance wheel beats at a low frequency of 2.5 Hz and it offers a power reserve of 50 hours. The 1858 Split Second Chronograph Limited Edition 100, as the name suggests, is limited to only 100 examples in total and will be available for sale from April of this year with a price tag of about $36,000.