Montblanc has announced a new watch that celebrates the 200th anniversary of the Time Writer created by a French clockmaker named Nicolas Rieussec. While the chronograph was actually invented by Louis Moinet in 1816, the Time Writer from 1821 was the device to use the term chronograph, which makes it a very important part of the history of watchmaking. As a tribute to its creator, Montblanc introduced a line-up of chronographs back in 2008. The bicentennial anniversary model is a limited edition version of the Montblanc Nicolas Rieussec chronograph that was last refreshed in 2018. 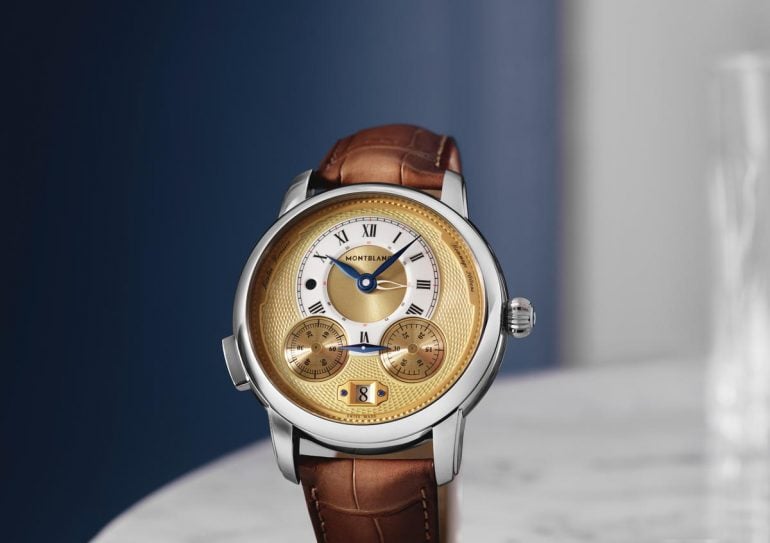 The Montblanc Nicolas Rieussec chronograph is a part of the German brand’s Star Legacy collection. The oddball monopusher chronograph was launched with an anthracite dial three years back, making it a very attractive timepiece. The anniversary edition follows the same format as the Nicolas Rieussec chronograph we’ve seen over the years and the major difference comes in the form of its dial. Instead of a muted grey dial, the latest version gets a dial finished with a guilloché pattern in places, along with a white lacquered domed hour-circle with gold-colored sunray-finish in the center. The blued leaf hour- and minute-hands add contrast to the dial. 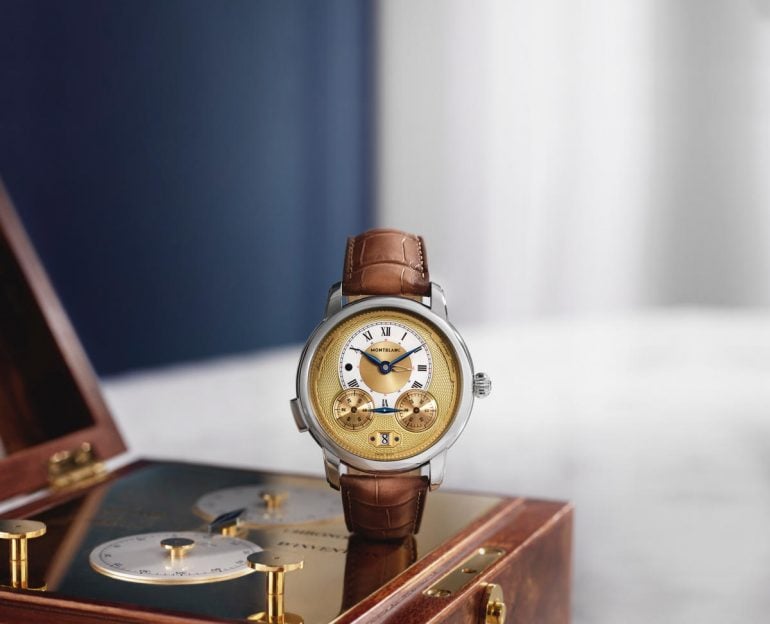 The pebble-shaped polished steel case measures 44mm × 15mm and houses the Montblanc Manufacture Caliber MB R200. The in-house self-winding integrated chronograph movement operates through a single pusher placed at eight o’clock and offers a power reserve of 72 hours while operating at 4 Hz. The oscillating weight matches the dial color and finish and features a special engraving that celebrates the date of September 1, 1821. The watch is paired with a brown alligator leather strap with stainless steel triple folding clasp. The Montblanc Nicolas Rieussec chronograph 200th anniversary edition is limited to just 200 examples and priced at $8,700. 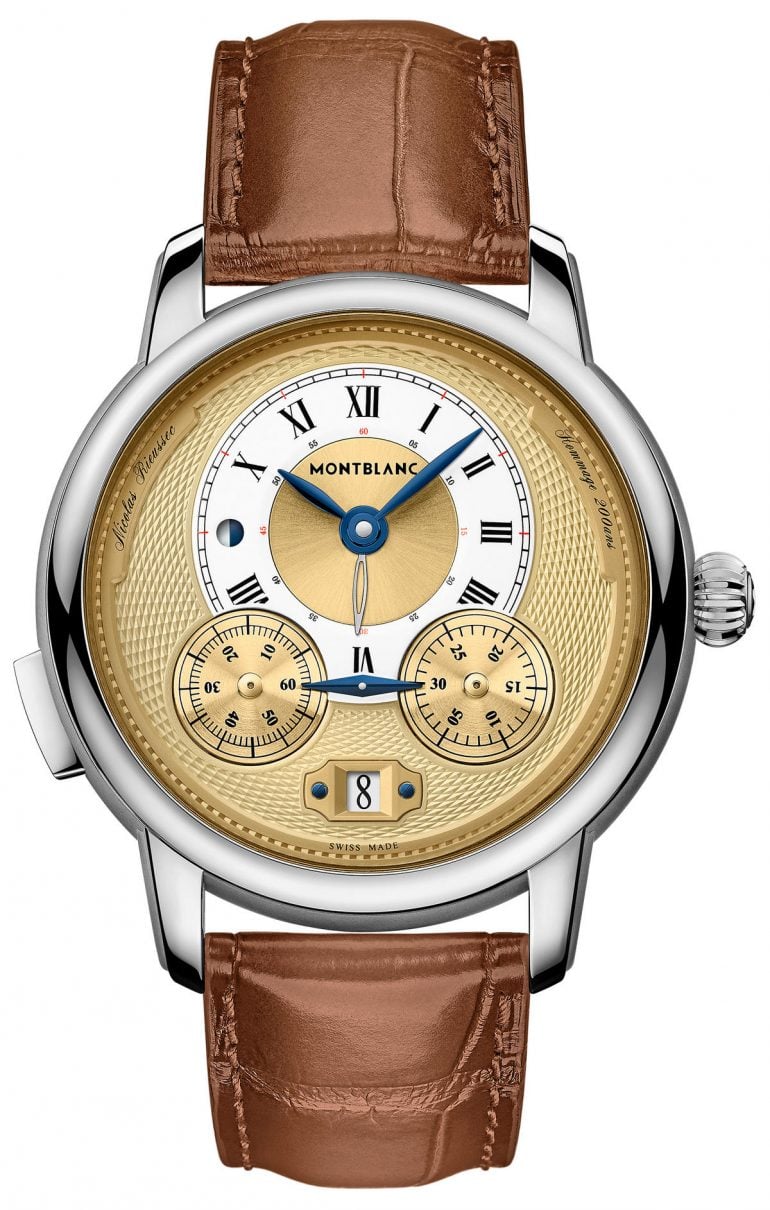 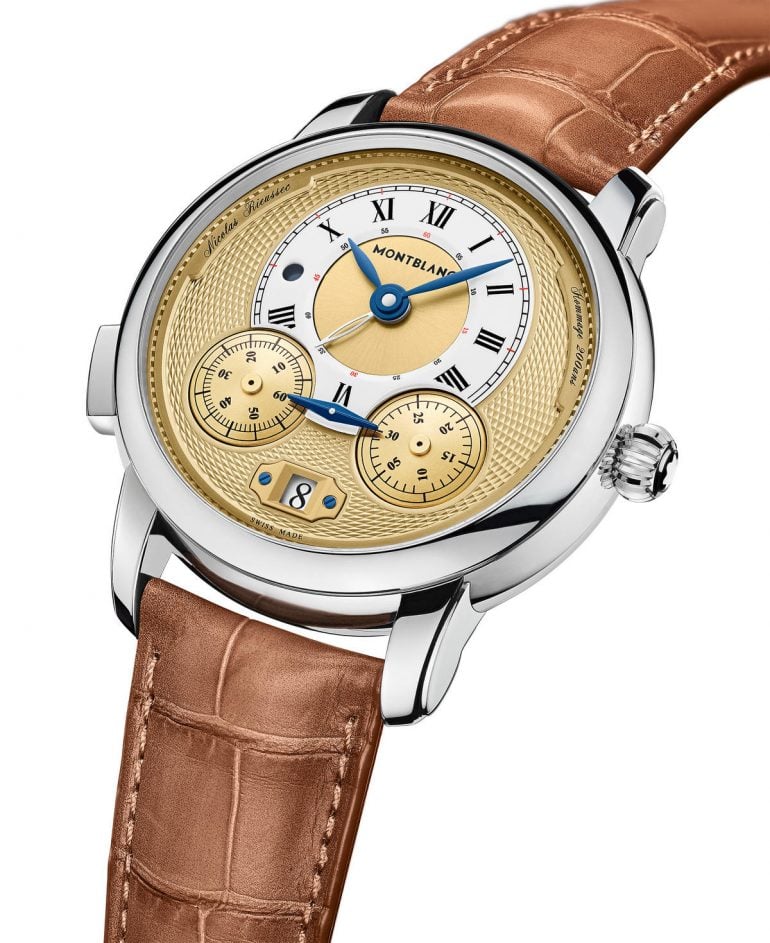 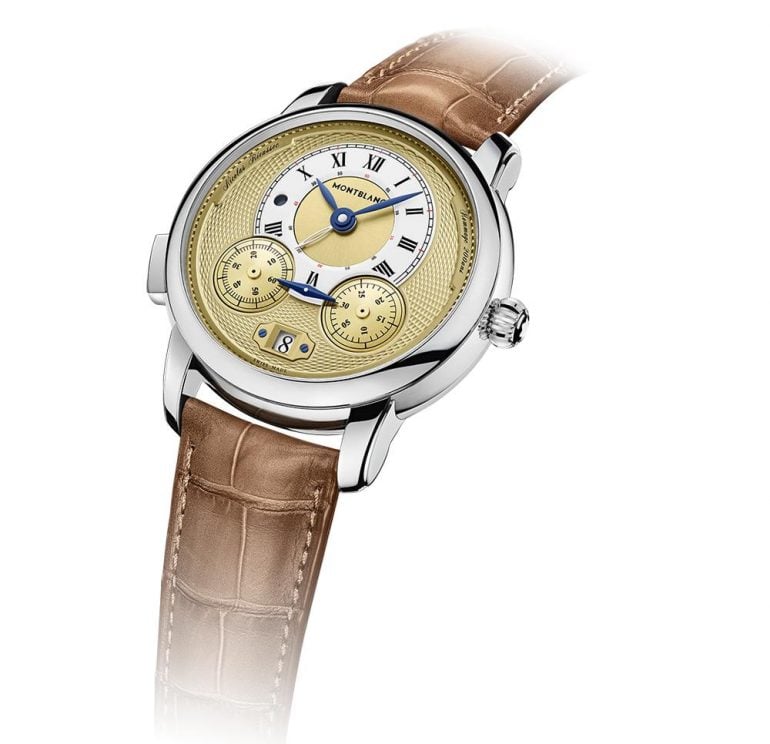 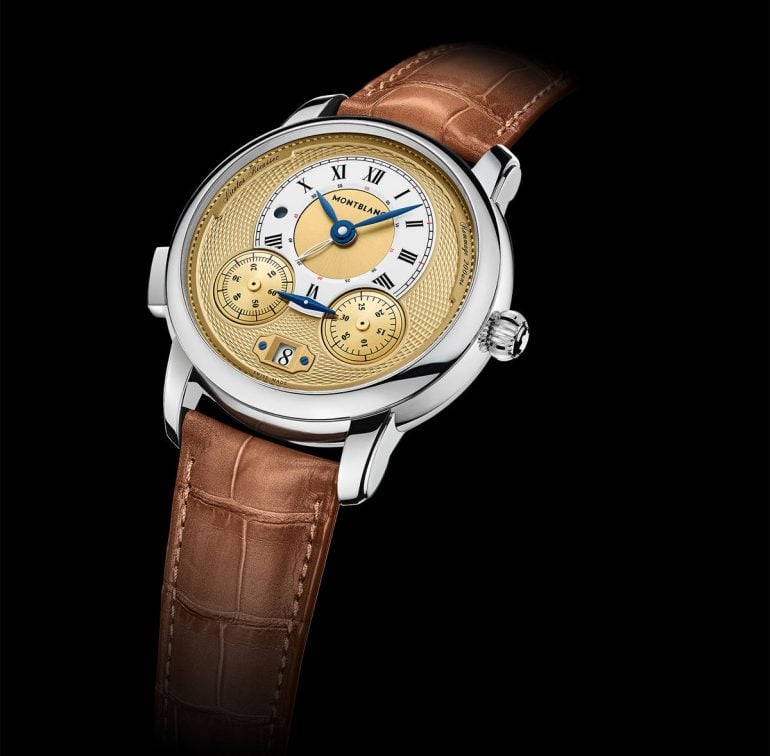 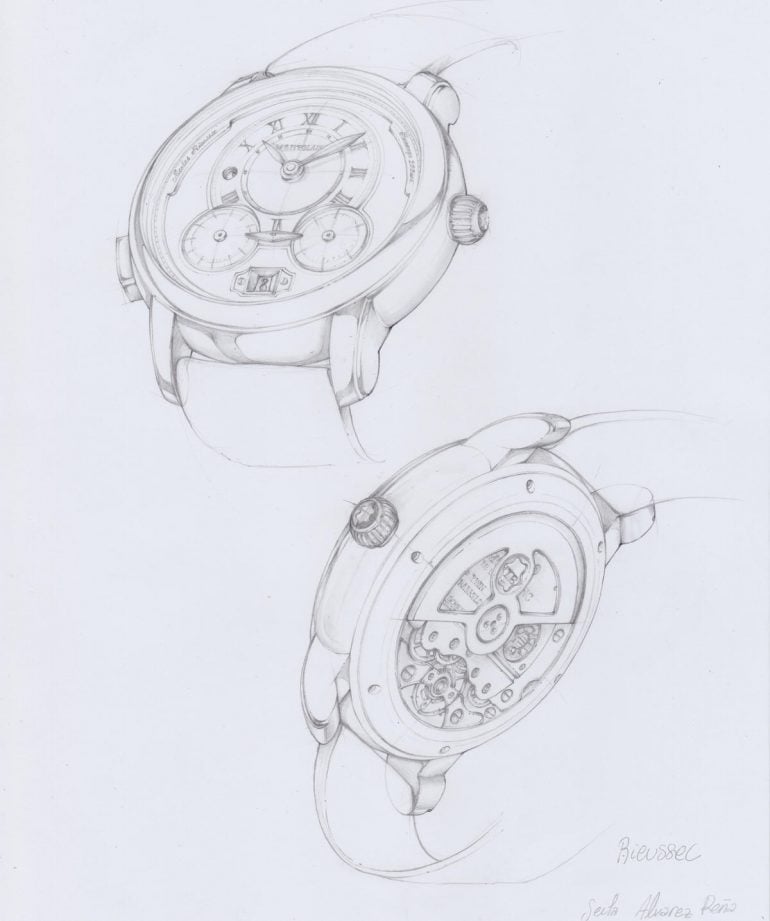 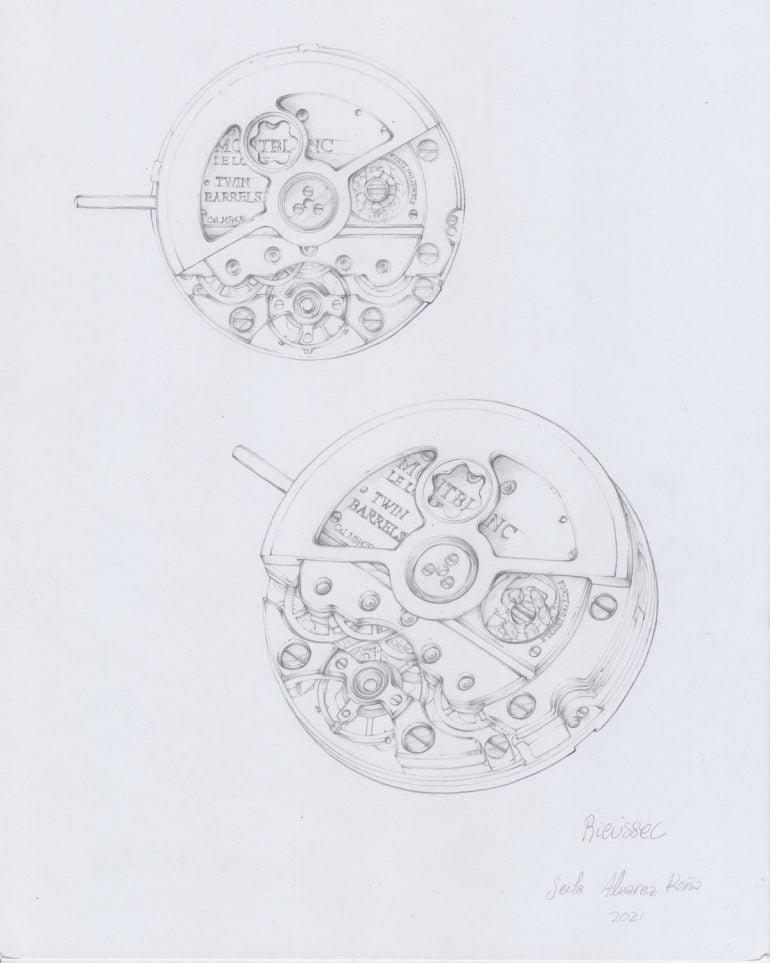