Topping the list on unusual but extraordinary collaborations is Swatch and Omega. The two time-telling icons have officially joined hands for an affordable spin on the Speedmaster Moonwatch. The collection includes a colorful assortment of 11-piece Omega x Swatch Speedmaster MoonSwatch in Swatch’s bioceramic material. The collection is named after planetary bodies and comes in an array of bright hues. The piece that stands out in the collection is a striking black “Mission to the Moon” iteration that references the Speedmaster Moonwatch, paying homage to the watch that’s been around for half a century. 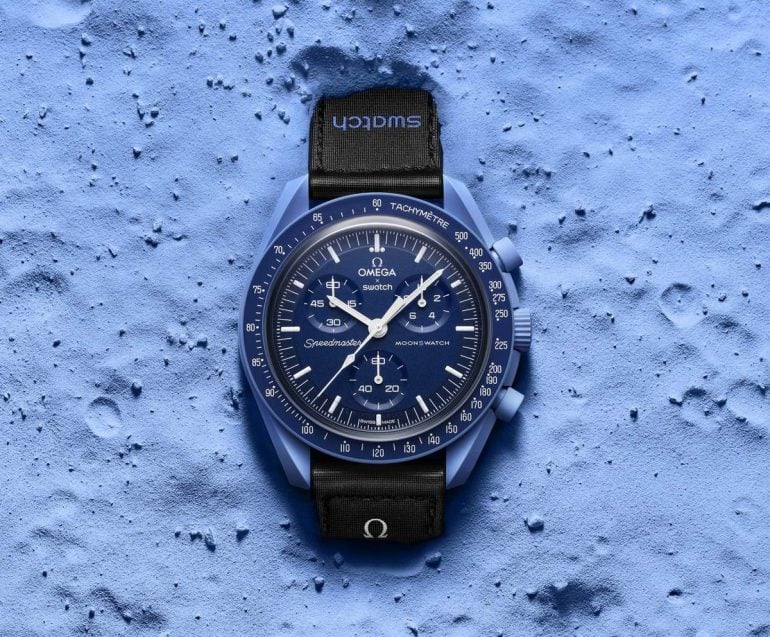 The collection is not limited to a small quantity, but there’s no doubt many will fly off the shelves like hotcakes. How often does one come across a $260 Omega x Swatch Speedmaster MoonSwatch? The watches also bring with them a little piece of history. Just like the crew of Apollo 11, who all wore Omegas on Velcro straps, the MoonSwatch also sports Velcro straps. The watch is fitted with a quartz engine powered by a battery, just like regular Swatches. The dials flaunt an eye-catching design with the Omega X Swatch branding, the Speedmaster, and the MoonSwatch logo. 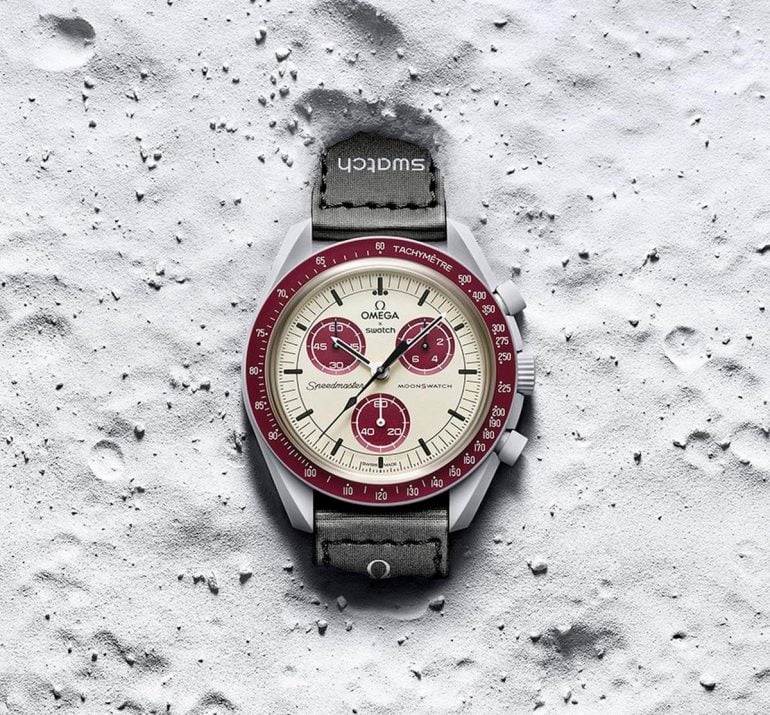 Speaking to Wired, Raynald Aeschlimann, Omega CEO, and president, revealed that the collaboration was first considered back in 2020. “But the challenges of the last two years meant a shift in priorities,” he said. “So we rescheduled for early 2022. The process from initial designs to collection launch has taken around 12 months. The timing seemed right because of the change in storytelling through social media channels and the shift towards e-commerce.” He continued, “It was very time-consuming since we wanted to create a Swatch with Speedmaster DNA. 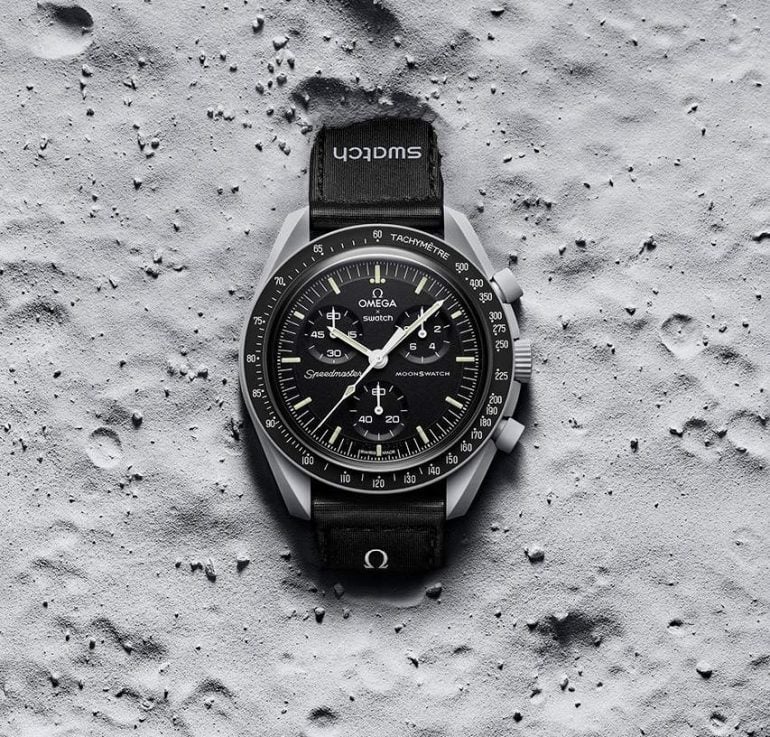 Therefore, we did spend a lot of time and energy on the designs, and we wanted to ensure that the watches functioned well, with fully operating subdials and all possible Speedmaster details,” Aeschlimann said. Come March 26th, the Omega x Swatch Speedmaster MoonSwatch collection will only be available in stores, with each customer limited to two watches per store. 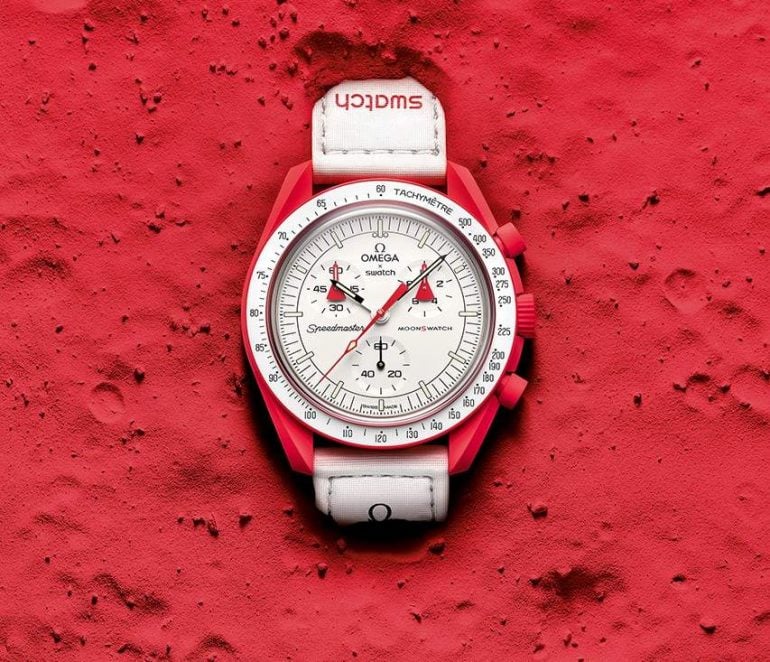 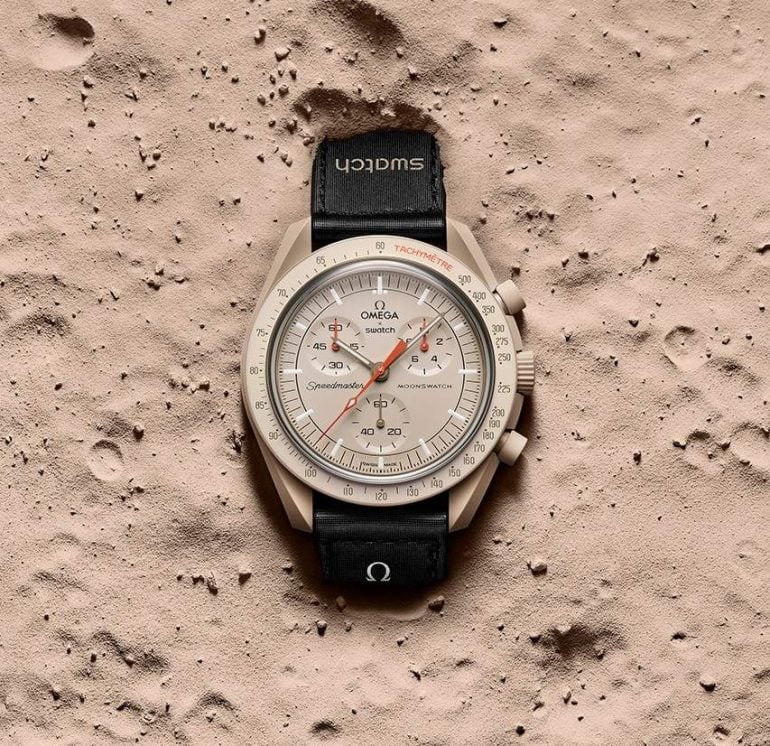 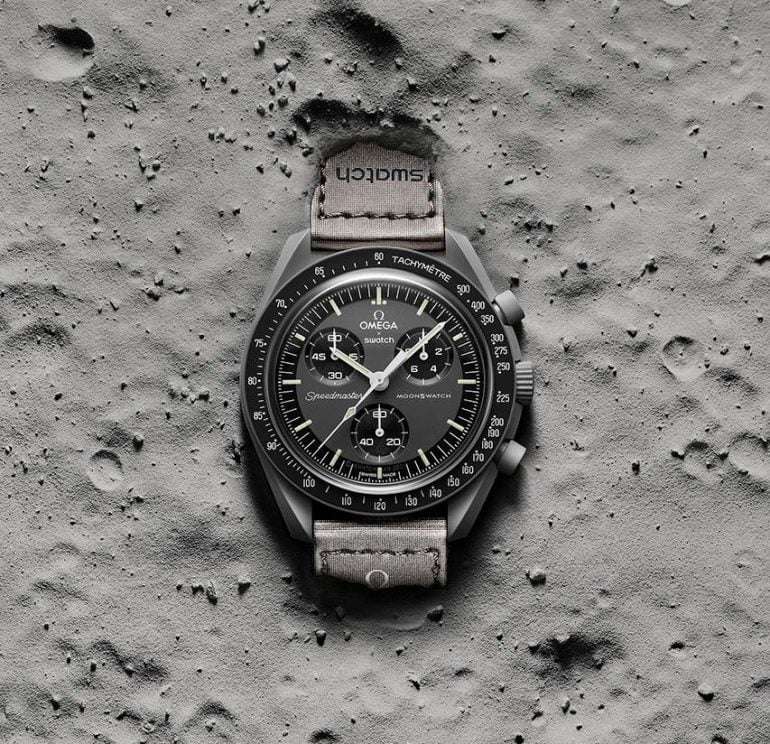 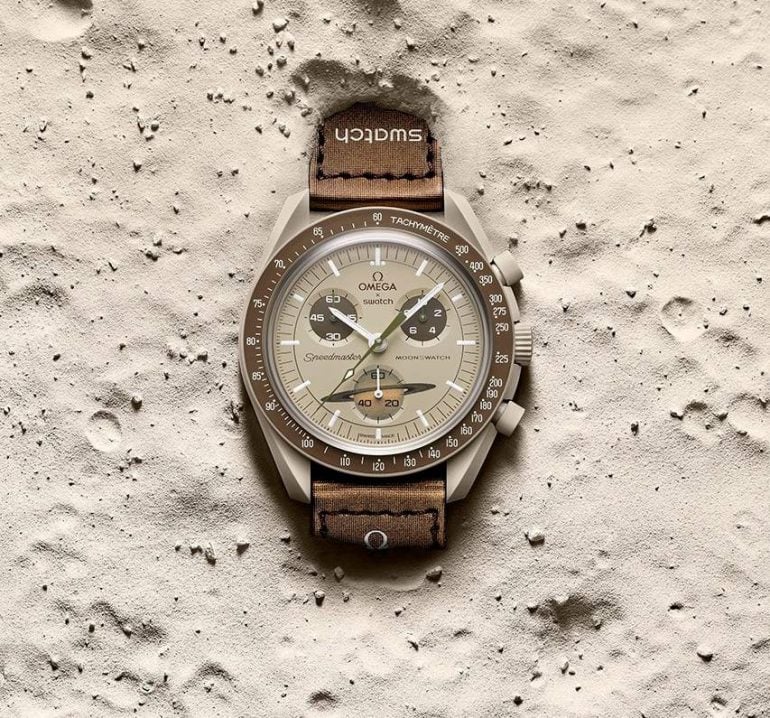 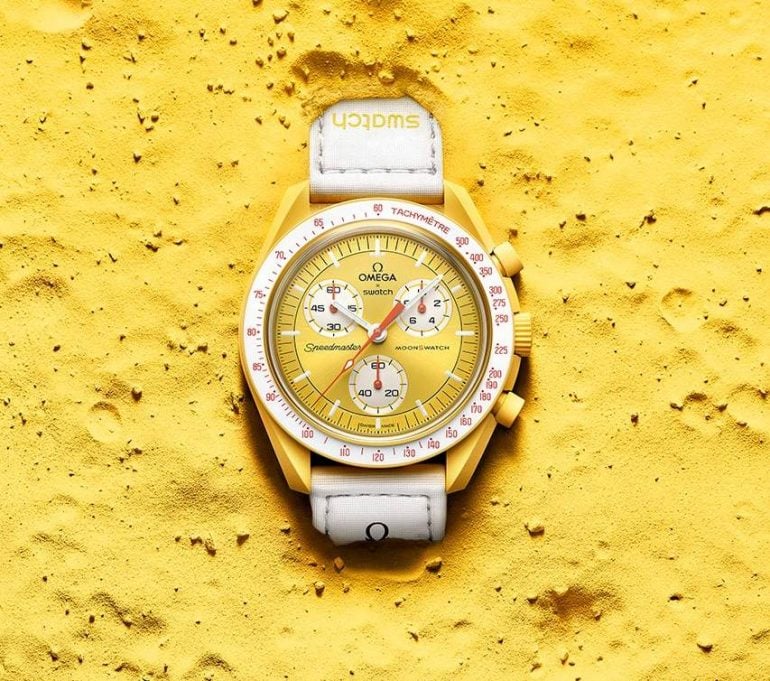 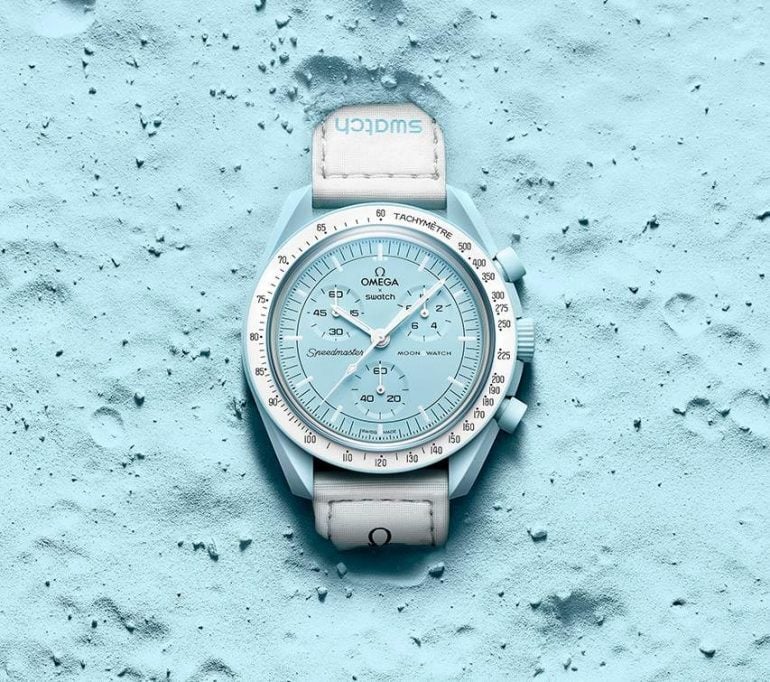 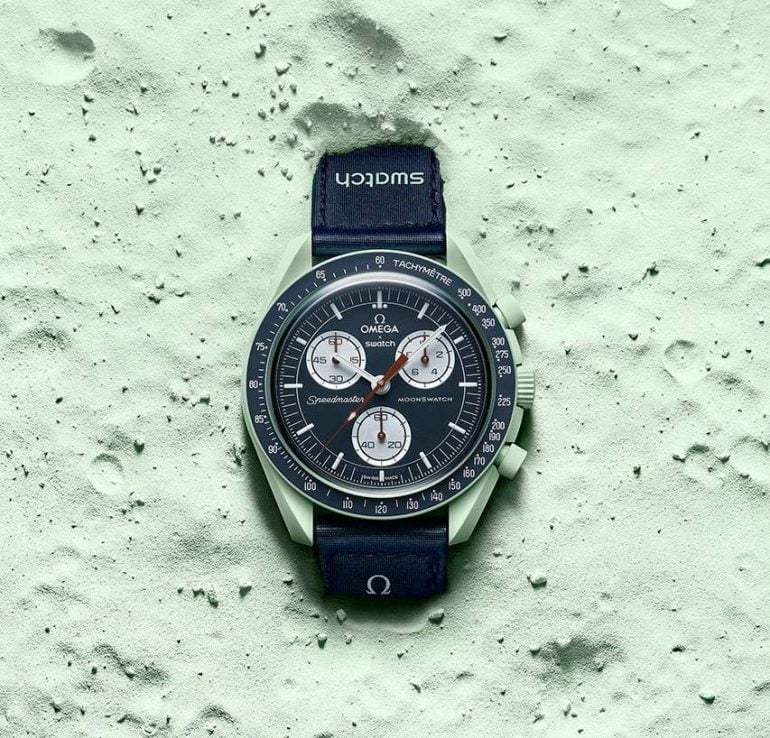 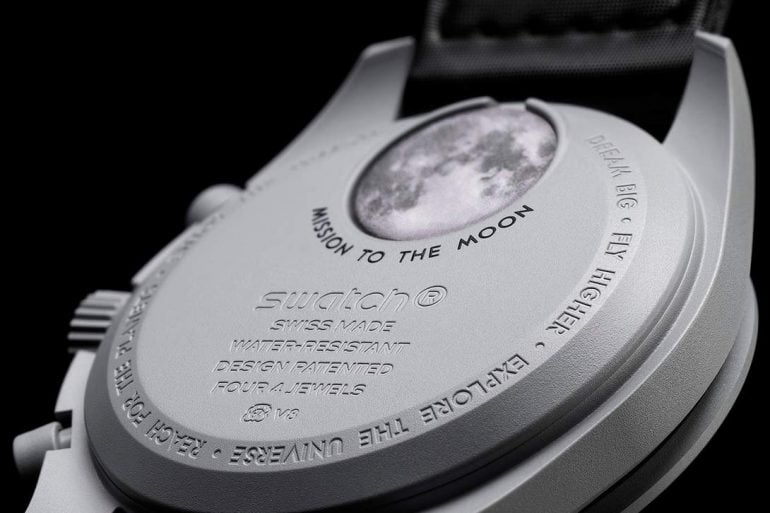 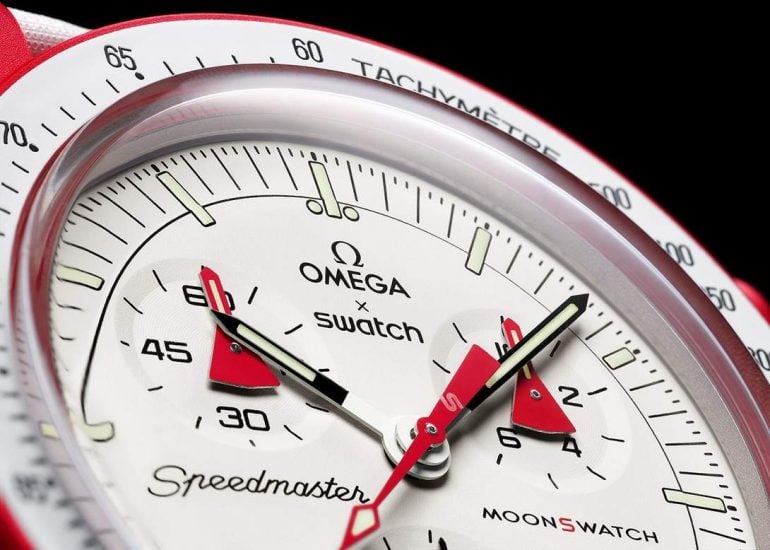 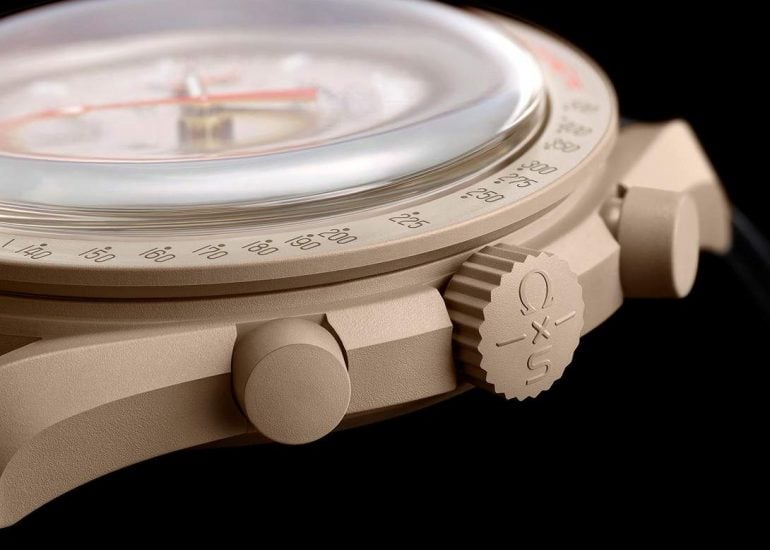