It looks like you can put a price on time. The Magpie’s Treasure Nest Clock, a creation by Patek Philippe was auctioned for HK$18.04 million ($2.3 million), the highest amount paid for a Patek Philippe piece at Sotheby’s auction in Hong Kong this weekend. An item whose sale price went way over the estimate of HK$3 -HK$5 million. 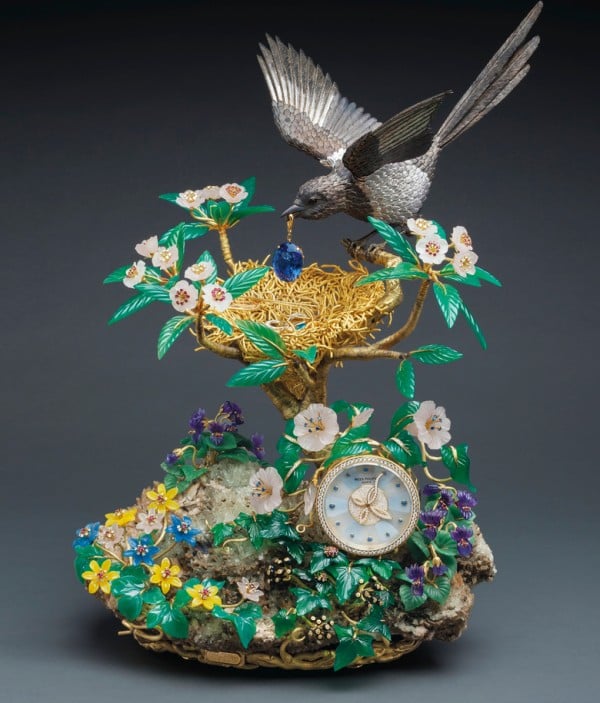 The 20.5-inch timepiece weighs almost 33.2 pounds, says the description of the product in the Sotheby’s catalog. The design depicts a complex scene of a magpie feeding a young bird. The bulk of the clock is carved out of calcite, onyx, and agate, among other materials. It is bejeweled with 24.95 carats of diamonds and 13.17 carats of rubies studded among the designs carved flowers. Speckled from the bird’s beak is large oval tanzanite – a blue-colored gemstone — weighing 104.75 carats. 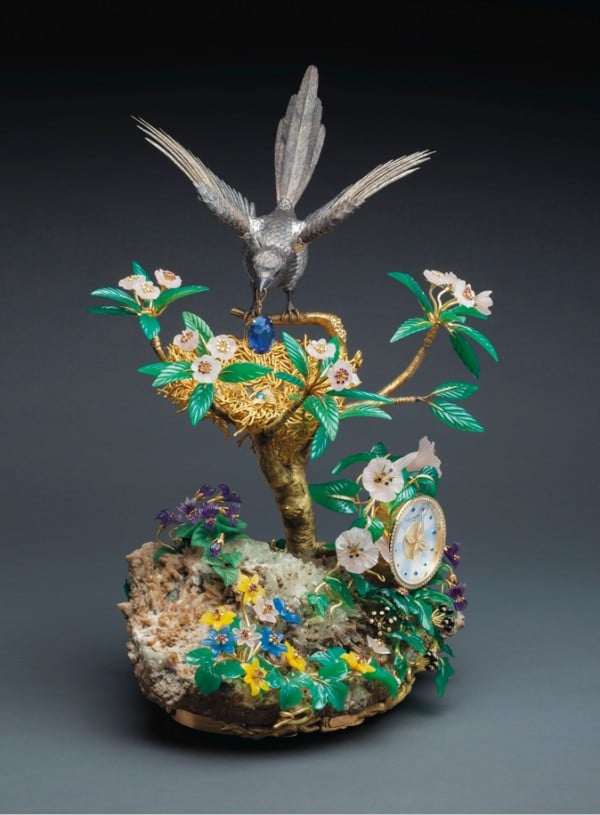 This intricately designed clock is now a possession of an Asian buyer. The sale of this timepiece has helped Sotheby set a new record, with the fine watches sale on April 7 in Hong Kong raising HK$221.5 million ($28.5 million), as the highest to have been raised in the sale of that category in its history. 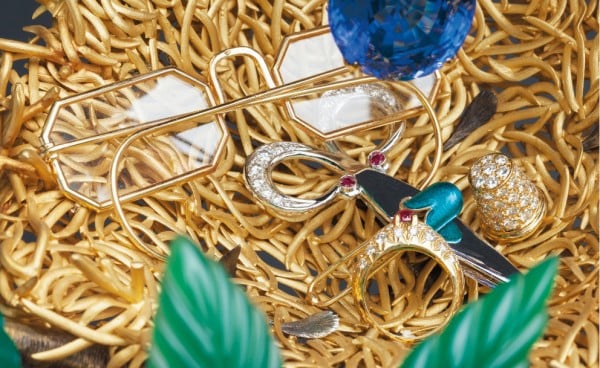 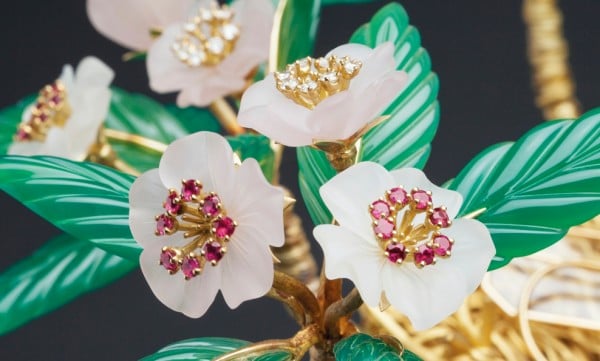 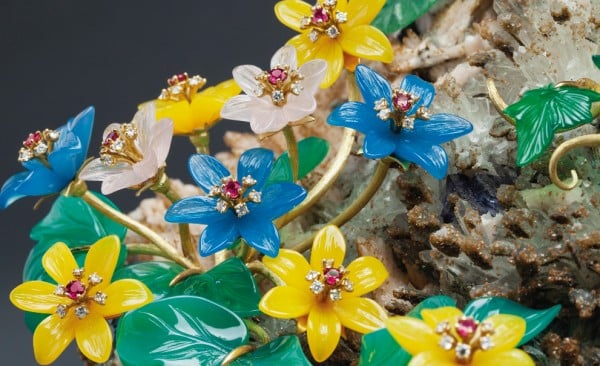 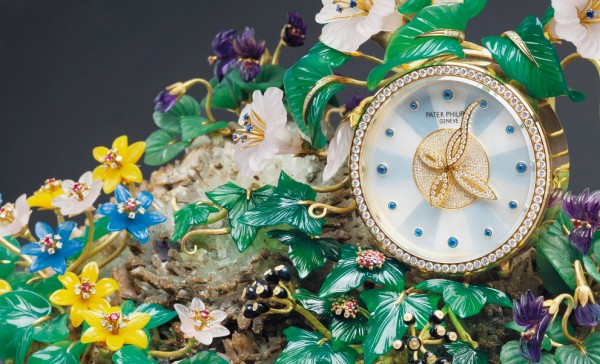 [Via – Bloomberg and Sothebys]

Tags from the story
Clock, Patek-Philippe