Back in 2011, watchmaker Richard Mille launched the RM 33 timepiece that had a striking ultra-flat, round case measuring 46mm, which was in stark contrast to Richard Mille’s usual watch design that features tonneau-shaped cases. Well, if you missed the opportunity to get one for yourself back then, Richard Mille has released the RM 33-02 – a new wristwatch based on the original RM 033 features the same ultra-thin round case design. Although, the Swiss watch brand has introduced several crucial changes to thoroughly modernize the timepiece and make it suit the current market trends. Starting with the case, the RM 33-02’s case measures 42mm instead of 46mm and is made from Carbon TPT and red gold. The smaller case size has, however, led an increase in case height. 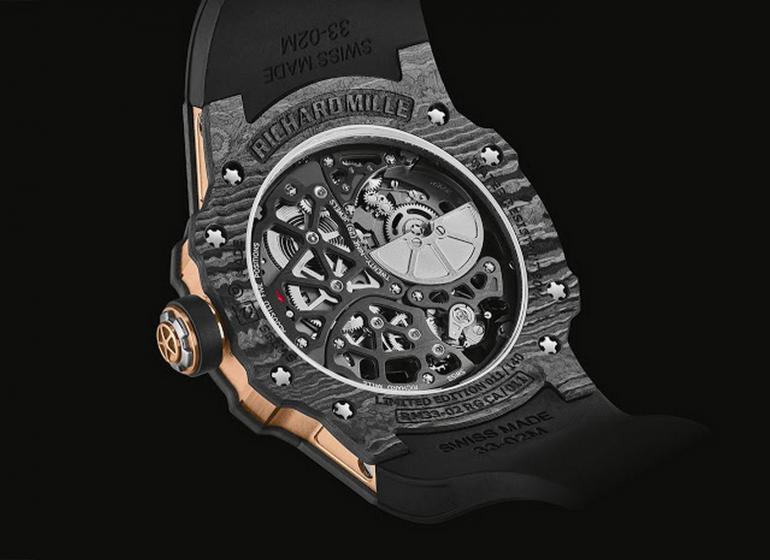 Powering the watch is the caliber RMXP1, which is made from grade 5 titanium and can be viewed thanks to sapphire crystals on the front and back. The skeletonized movement features a 45-hour power reserve and an off-center micro-rotor. The Richard Mille RM 33-02 is limited to just 140 pieces and it is priced at $145,000 apiece.