Watchmaker Richard Mille’s latest creation will instantly put a smile on your face. Behold the new RM 88 Automatic Tourbillon Smiley, a playful timepiece that celebrates the beloved smiley illustration that was drawn by French journalist Franklin Loufrani over 50 years ago. Describing how the simple and widely recognized illustration became an inspiration for the timepiece, the watch brand states: “It serves as the embodiment of positivity, joy, and sharing and has played a major role at the heart of pop culture across several creative generations. This leading role was enough for the teams at Richard Mille to launch into the creation of an emotion-driven watch emphasising all these values.”

According to Richard Mille, the watch took three years to develop; the attention to detail is simply amazing. The watch features an ATZ white ceramic case which makes the colorful dial pop. ATZ is one of the hardest materials in the world and it is made from tubes of aluminum oxide powder injected at a pressure of nearly 2,000 bars. The caseband of the timepiece is made of 18-karat 5N red gold. 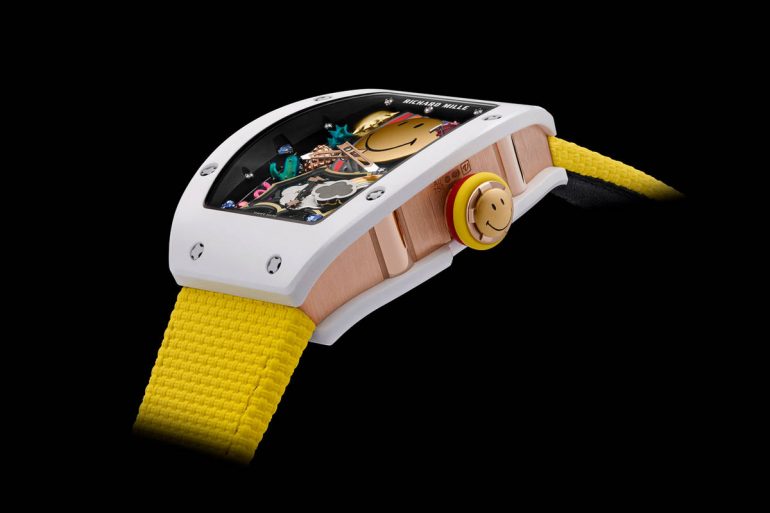 The most prominent design element of the skeletonized dial is the Smiley motif which is micro-blasted and painted yellow gold. It is surrounded by an array of micro-sculptures crafted by Olivier Kuhn, which includes a blossoming flower, sunrays, a pineapple, a prickly cactus, an eye-catching pink flamingo, and a bright rainbow. Each of them is appliquéd on top of an auxiliary baseplate. 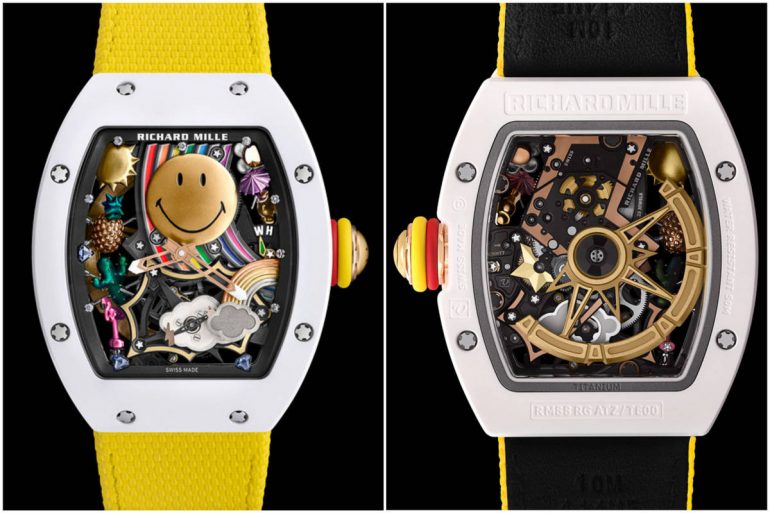 Powering the watch is the new CRMT7 caliber, a skeletonized automatic tourbillon movement that offers a power reserve of up to 50 hours. The movement’s bridges are made of grade-five titanium and coated with a complex double PBD coating in black and gold. The finish also appears on the back of the baseplate which can be seen from the transparent caseback. The watch comes fitted with a vibrant yellow strap that matches the playful theme of the watch. The RM 88 Automatic Tourbillon Smiley is limited to only 50 units; there’s no word on the pricing as of yet.