The partnership between Aston Martin and Tag Heuer has spawned another timepiece called the TAG Heuer Carrera Calibre Heuer 01 Aston Martin Special Edition. It’s the second collaborative timepiece to come out of the partnership between the two luxury brands announced at the 2018 Geneva Motor Show in March earlier this year. The special edition watch has a 45 mm solid steel case that features a ceramic black brushed tachymeter bezel with Aston Martin engraving. As expected, the aesthetics of the timepiece is inspired by Aston Martin sports cars. The lines on the watch have been designed in such a way as to “evoke speed, the race track and pistons.” 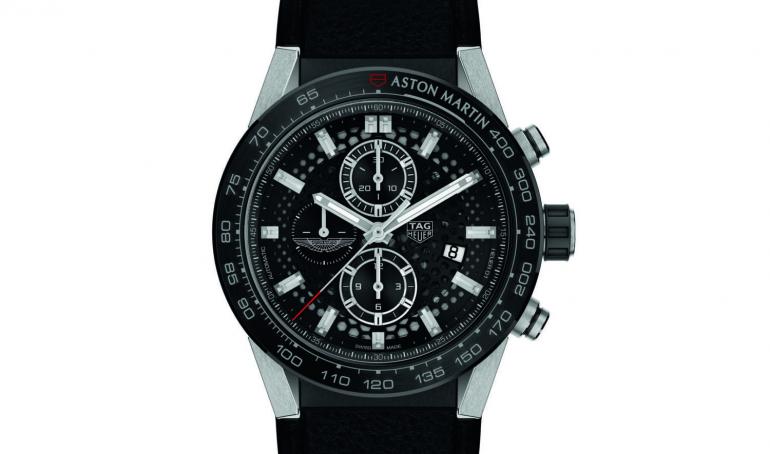 Other Aston Martin inspired design elements include skeletonized pattern of the visible movement, which is meant to resemble design details on the new Vantage car. The reshaped lugs are meant to evoke the bodywork of Aston Marin cars. “This timepiece is a beautiful reflection of the design language of both Aston Martin and TAG Heuer,” said in a statement Aston Martin’s creative executive, Marek Reichman. “Each watch will provide its owner with a taste of the Aston Martin luxury lifestyle where there is attention paid to every detail. They will also enjoy the craftsmanship and build quality that is synonymous with the two brands.” The special edition watch is already available for purchase from TAG Heuer retailers for roughly $6,700. 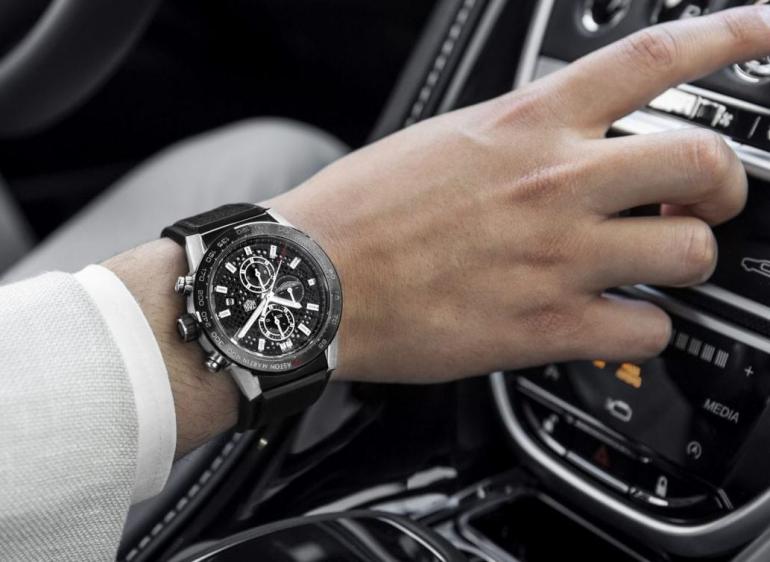 Tags from the story
Aston-Martin, TAG-Heuer