TAG Heuer has announced a global partnership with MARV films and 20th Century Fox for the upcoming new film Kingsman: The Golden Circle. The TAG Heuer Connected watch caught the attention of the acclaimed director Matthew Vaughn who decided to equip the Kingsman agents with the smartwatch. In addition to that, Vaughn also has used the TAG Heuer Monaco Caliber 11 watch in the movie to equip American Statesman agents. The watches worn by the characters play a decisive role in movie pivotal to the success of the Kingsman agents’ missions.

Jean-Claude Biver, CEO of TAG Heuer and Chairman of the Watch Division of LVMH Group, said: “Kingsman means explosions, action, laughter, and, of course, elegance. Its cast of young actors is the stuff of dreams – gentleman who aren’t afraid of anything. This is a perfect fit with TAG Heuer’s target market. This partnership will help us to get even closer to the younger generation. The first installment was a great success, and we are both proud and honored to see the heroes of the second film wearing flagship pieces from the TAG Heuer collection.”

Director Matthew Vaughn added: “For Kingsman: The Golden Circle, we needed a smart watch for our agents. We looked at the different options available, but none of them were elegant enough for a Kingsman. Then I saw an interview on Bloomberg TV with Jean-Claude Biver about his connected watch, and it became immediately obvious; the Kingsman agents would wear the TAG Heuer Connected.”

Kingsman: The Golden Circle will be in theatres beginning September 2017 and it stars Colin Firth, Taron Egerton and Mark Strong, as well as Halle Berry, Channing Tatum and Jeff Bridges. 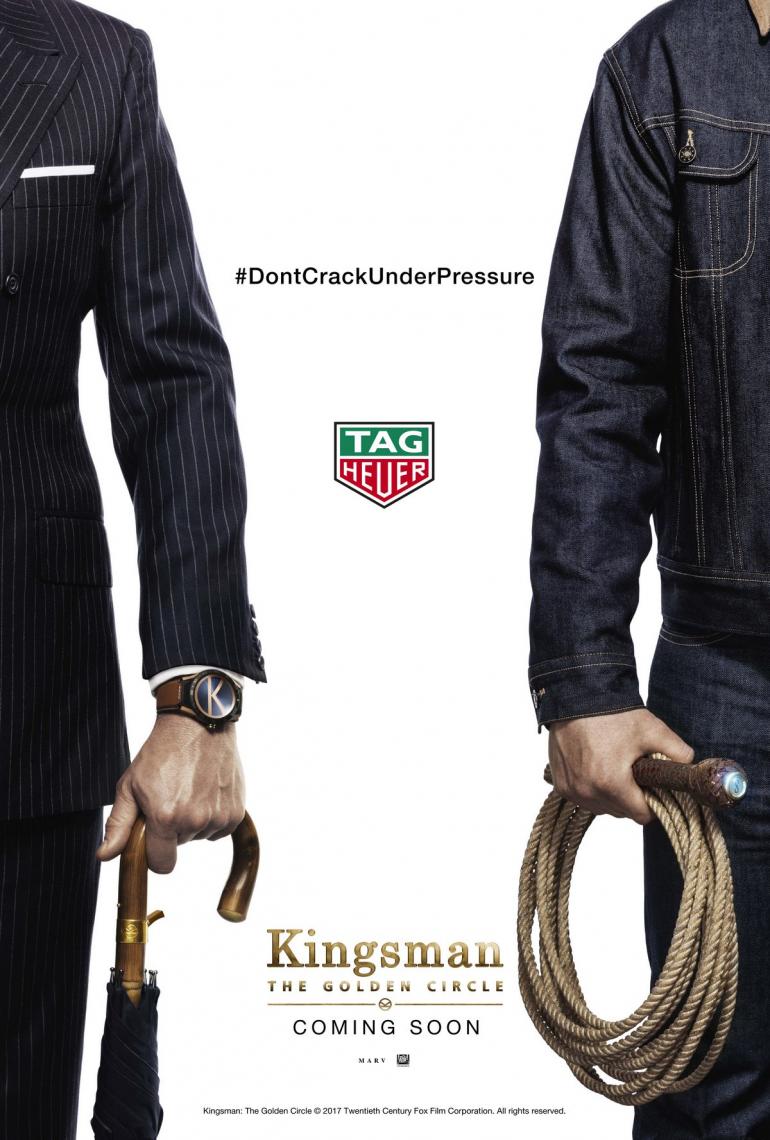