Watchmaker Tag Heuer has introduced a new line of Carrera watches as a part of its pre-Baselworld 2018 reveals which is a combination of the brand’s hit sports chronograph and the new in-house Heuer 02 caliber. The Tag Heuer Carrera Heuer 02 comes exclusively in a 43mm wide case, except for the GMT version with a 45mm case which will be launched sometime later in the future. The new Heuer 02 replaces the 43mm Heuer 01 (our astute readers might notice the missing hyphen from the name which has been removed by Tag Heuer), which until this launch was only found in the retro Autavia chronograph. Unlike the Heuer 01, which is based on the Seiko cal. 6S37, the Heuer 02 is entirely in-house, having been developed and built at TAG Heuer’s facility at Chevenez. 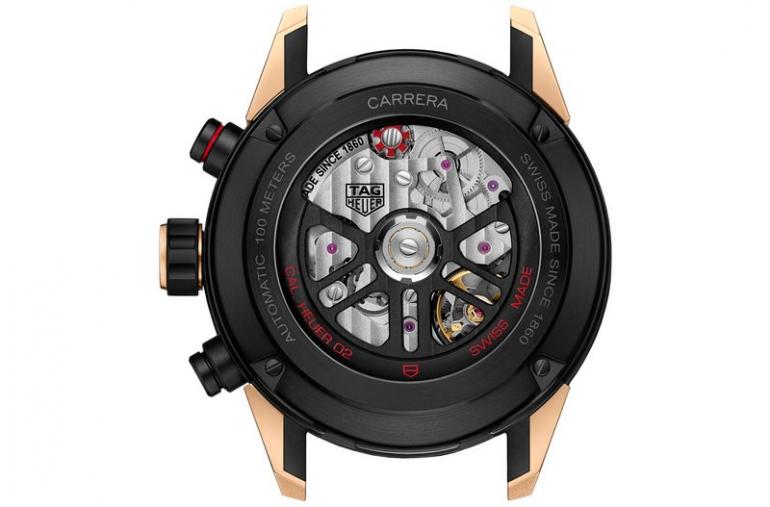 The Carrera Heuer 02 uses the same successful formula as its cousin to have an open-worked dial with elements that give it a mechanical feel. But instead of the 6-9-12 layout of the Heuer 01, this features a 3-6-9 sub-dial layout. The Carrera Heuer 02 continues with the same TAG Heuer modular construction in which the lugs and the middle of the case are separate pieces, allowing for mix and match to create 13 different variants off the block from the top of the line in 18k red gold and ceramic, to the entry-level model in steel. The Heuer 02 movement inside is self-winding with a 75-hour power reserve and features an impressively low number of 168 components, which should bring down the cost of production and serviceability. The Carrera Heuer 02 collection should hit the stores by June 2018 with a starting price of $5500 for the steel version with a ceramic bezel.