Hollywood heartthrob Chris Hemsworth rose to prominence in his native Australia by playing Kim Hyde in the television series Home and Away. However, the recurring role of Thor in the Marvel Cinematic Universe elevated the tall and muscular Australian actor to superstardom, making him a household name across the globe. The 38-year-old actor reportedly received $20 million for the recently released Thor: Love and Thunder, which might be the last time we see him as the God of Thunder. Beyond his action-packed performances on the silver screen, Chris Hemsworth is also known for his love for some of the coolest and rarest luxury timepieces. Here are 5 highly coveted watches the Australian actor has been spotted wearing. 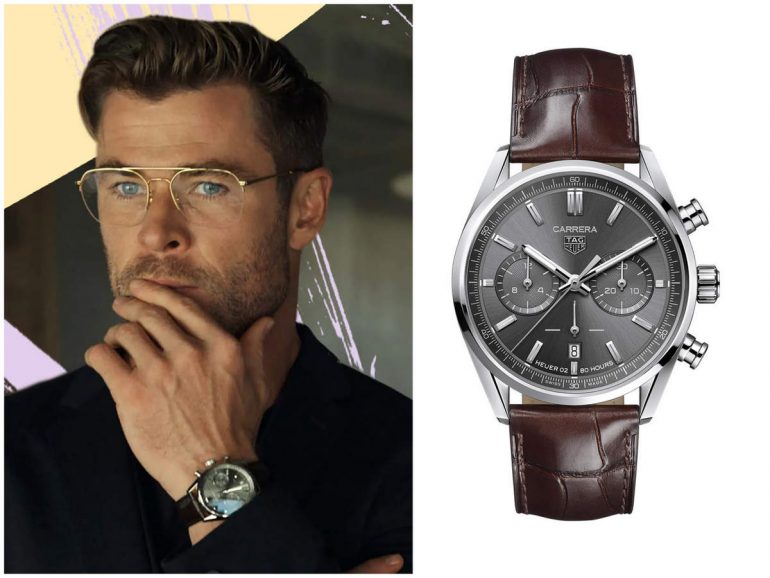 Tag Heuer Carrera Automatic Chronograph – $5800
The elegant timepiece by Tag Heuer was launched to celebrate the brand’s 160th anniversary. The chronograph features a 42mm stainless steel case along with a grey anthracite sunray-brushed finished dial. A brown crocodile leather strap completes its tasteful look. The watch is powered by the Caliber Heuer 02 Automatic movement that offers an incredible power reserve of 80 hours. Chris looks like a handsome tech billionaire wearing this timepiece. 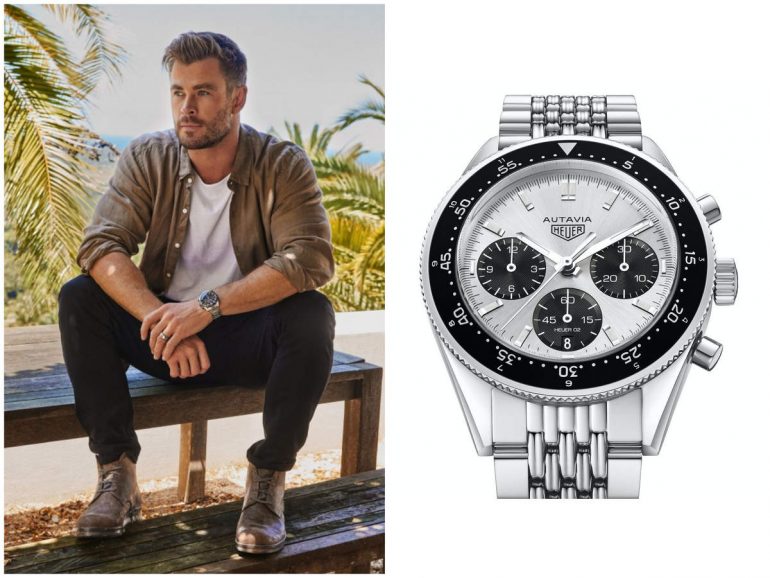 Tag Heuer Autavia Jack Heuer Limited Edition – $5900
The limited-edition timepiece was launched by Tag Heuer in 2017 to celebrate the 85th birthday of Jack Heuer, the great-grandson of the brand’s founder, and former TAG Heuer CEO. The watch is a remake of an iconic chronograph TAG Heuer from 1966 that was created for racing drivers. The watch features the classic panda dial and a 42mm case that houses the Caliber HEUER02 automatic movement. The sporty timepiece looks incredibly good on the Australian hunk’s wrist. 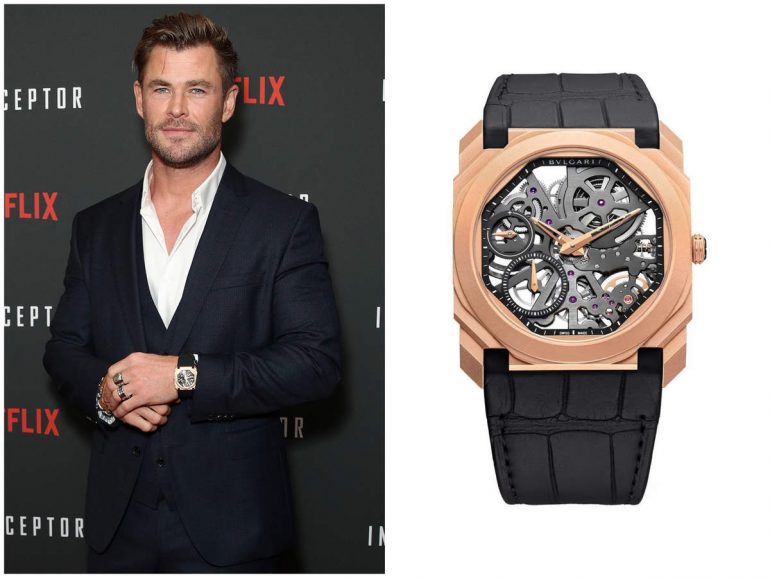 Bulgari Octo Finissimo Skeleton pink gold (ref. 102946) – $30,000 (approx)
Standing 190cm tall, Chris Hemsworth is a big guy. Yet the Hollywood actor effortlessly pulled off wearing the Bulgari Octo Finissimo Skeleton watch recently which has a comparatively petite case size. The extra-thin 18-carat sandblasted rose gold case measures 40mm in diameter and just 5.37mm in thickness. The open-worked timepiece is powered by the caliber BVL 128SK, a hand-wound movement that offers a power reserve of 65 hours. The elegant look of the monochromatic and ultra-sleek watch is matched by its matte black alligator leather strap.


Audemars Piguet Royal Oak Selfwinding Chronograph – $95,000
Last year, Chris Hemsworth posted several pictures on his Instagram of an ‘80s-themed party where he can be seen wearing a body-hugging white vest, Adidas track pants, and an Audemars Piguet Royal Oak Selfwinding Chronograph on his wrist. The watch was introduced by AP to celebrate the Royal Oak Chronograph’s 20th anniversary. The 18-carat pink gold version features a blue “Grande Tapisserie” dial and looks absolutely stunning, especially on the wrist of the Hollywood superstar. 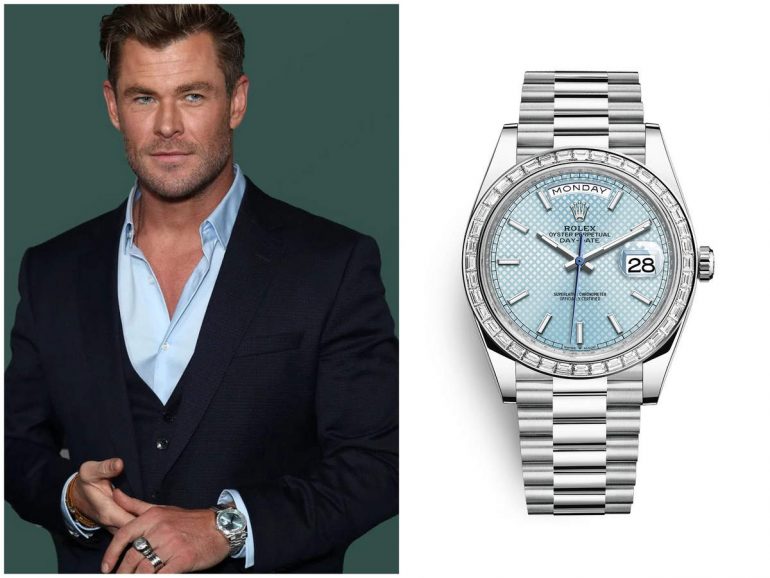 Rolex Day-Date 40 in platinum with ice-blue dial – $200,000
Also known as the Rolex President, the Day-Date has been a leading model for Rolex since it debuted back in 1956. The iteration worn by Chris Hemsworth was launched in 2015 at BaselWorld. The 40mm case of the timepiece is crafted out of platinum and the bezel is encrusted with trapezoid-cut diamonds. The ice-blue dial of the timepiece beautifully complements the platinum case. Rounding out the uber-luxe timepiece is the presidential bracelet. The watch is powered by the caliber 3255.