When the Girard-Perregaux Tri-Axial Tourbillion first showed up two years ago, it did draw our attention effortlessly. Last year, the company released the watch in white gold that raised the bar. The newer rendition of the timepiece has gone darker and adds edginess to the overall look and feel. One may wonder what the point of a multi-axial tourbillion is. It reduces errors by being seemingly aware of changes in the vertical and horizontal positions. Powered by the Girard-Perreagaux Caliber GP09300-0002 and a 60-hour power reserve, the watch contains a sapphire crystal window at the 9-hour mark. This gives the viewer visibility into the intricate workings of the timepiece. The case is made of titanium, which sheds some significant weight from the former gilded variant. 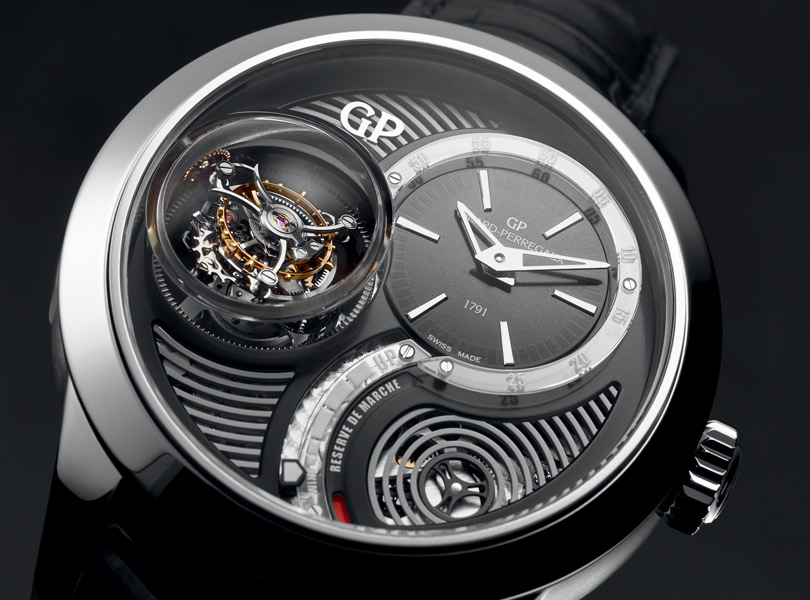 This darker avatar of the watch makes it more palatable to the masses. The design doesn’t seem greatly different when compared to the 2014 version. In fact, the titanium enhances the look of the watch face. The 48mm case size makes it a rather masculine accessory to don. 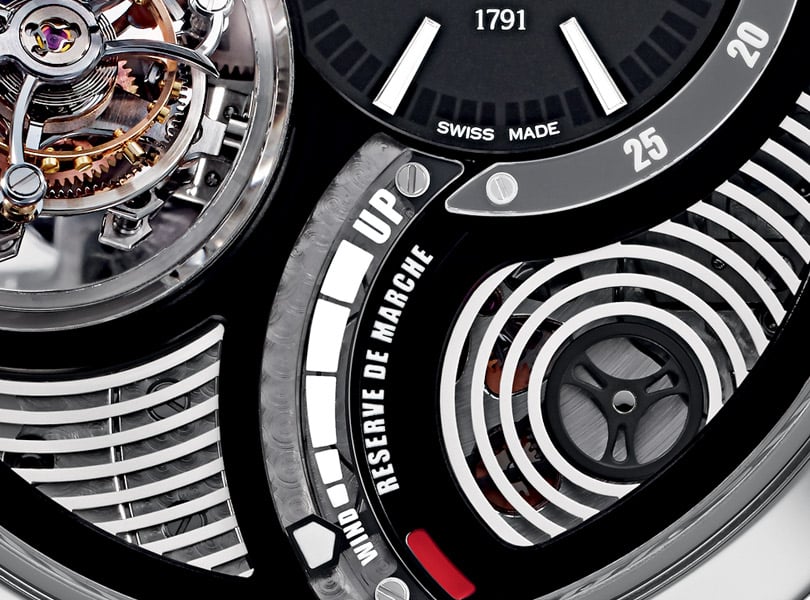 Tags from the story
Girard-Perregaux, Tourbillon