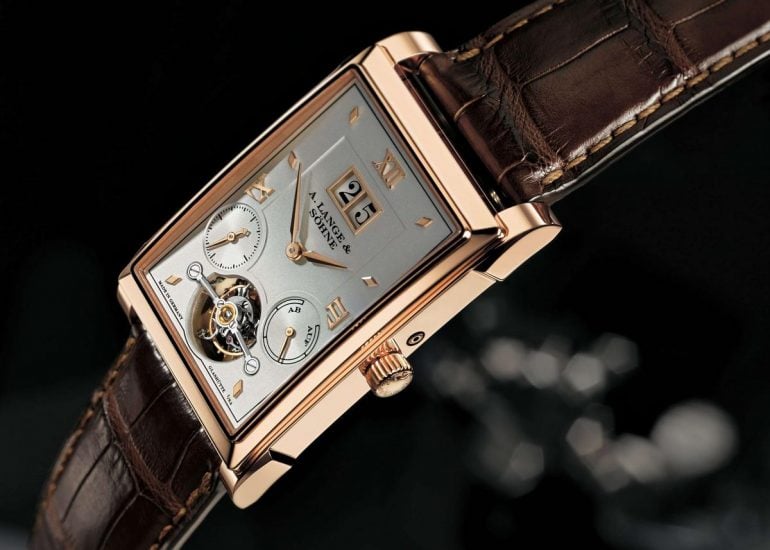 The rectangular case is made of platinum and measures 26.5mm x 39.2mm x 10.3mm. The dial of the Cabaret Tourbillon Handwerkskunst is a lot more complex than the renderings might suggest. The dial is in white gold and is separated into two sections. The inner section is black rhodium-plated and is engraved with the signature “lozenge” pattern. The entire outer edge of the section is decorated with a very thin strip of tremblage engraving, which helps the two sections of the dial to be visually separated. The outer section of the dial is decorated with graining and features a gray finish that contrasts the inner section. The entire dial is then coated with translucent grey fired enamel. 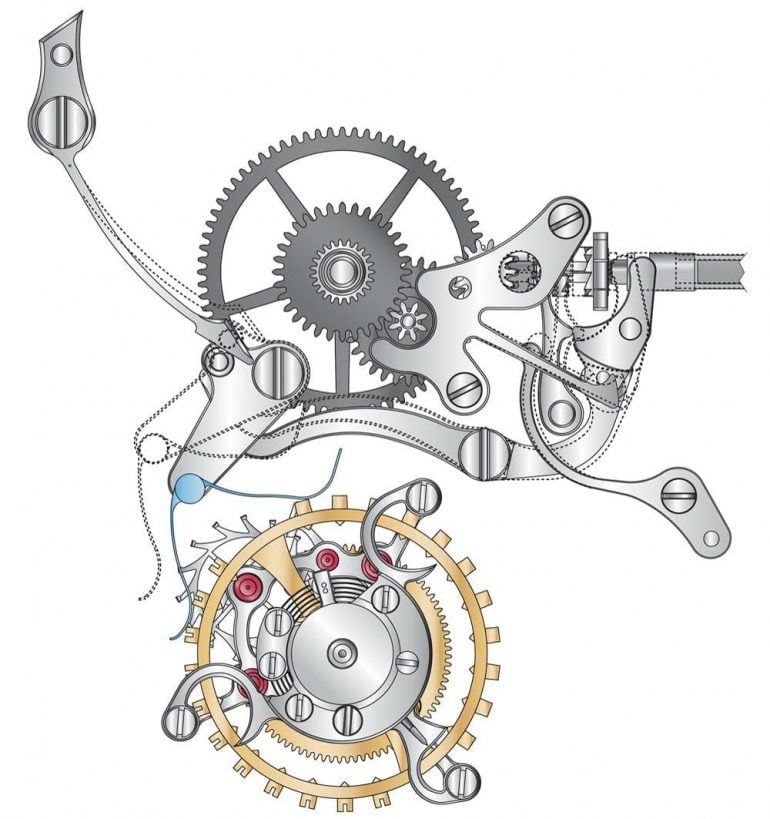 Powering the Cabaret Tourbillon Handwerkskunst is Lange’s manually wound Caliber L042.1. The rare, rectangular-shaped movement is made of 370 components and is visible from the caseback window. The lozenge motif can also be found on the black rhodium wheel cocks, creating a “visual bridge” between the dial and the movement. The twin mainspring barrels offer the movement a power reserve of 120 hours. The Cabaret Tourbillon Handwerkskunst is a limited edition of 30 pieces worldwide and is priced at €315,000 (about $372,000). 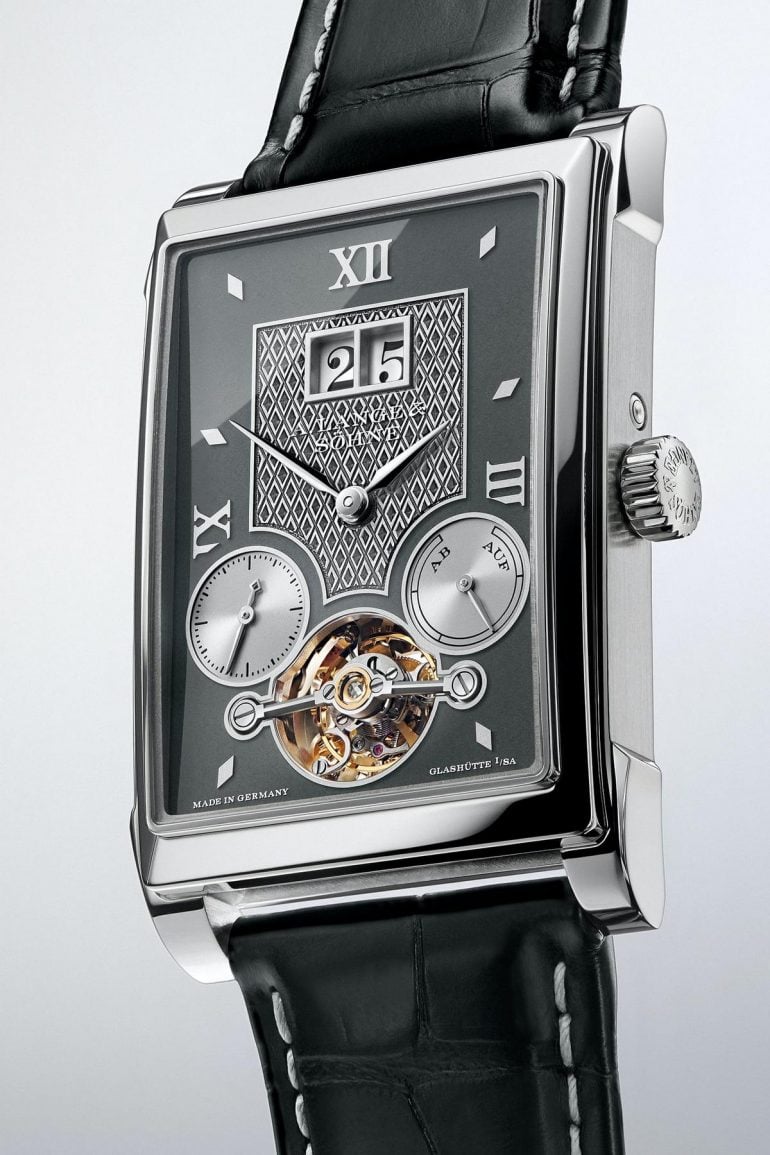 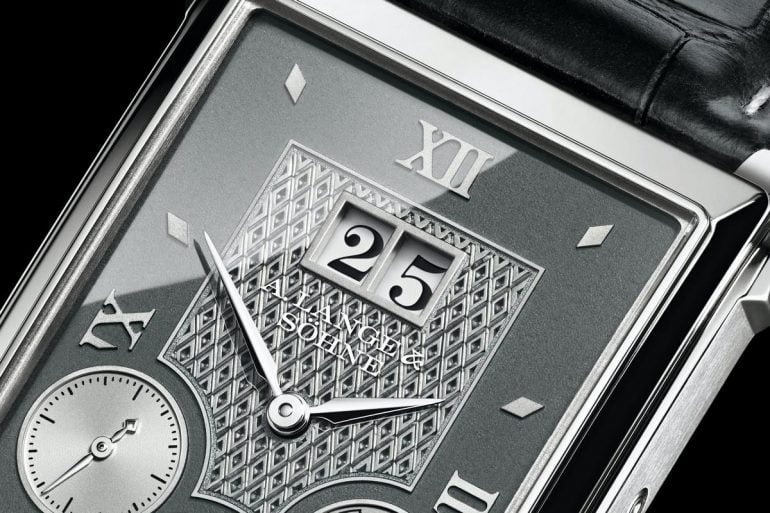 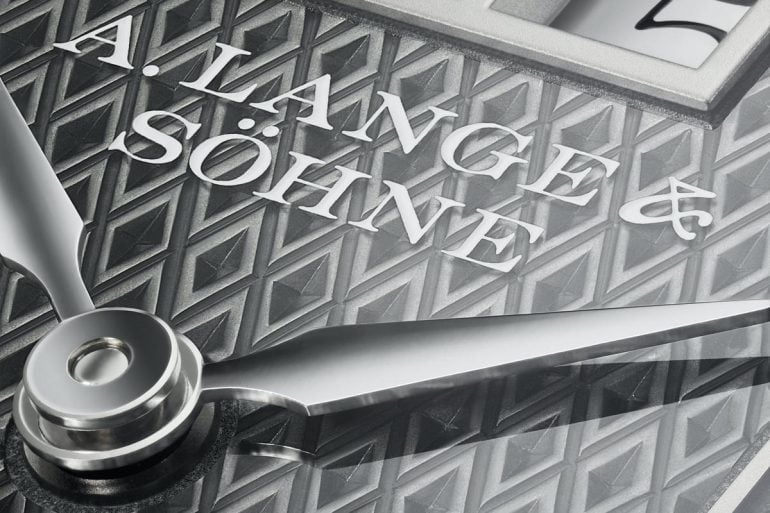 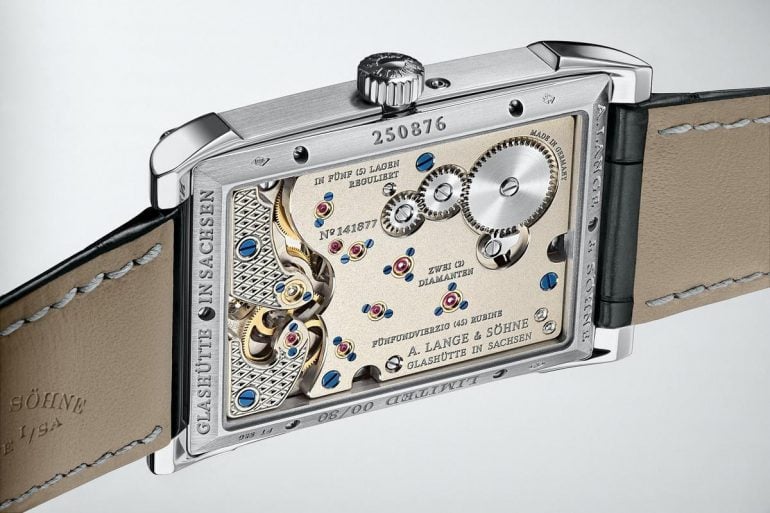 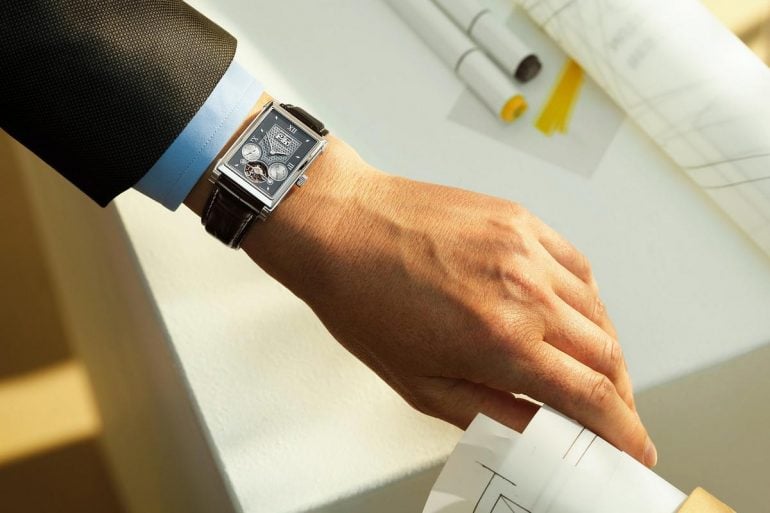 Tags from the story
A-Lange-and-Sohne, Tourbillon