Watchmaker MB&F has revealed the third and final Nixie Machine, created with the help of German designer Frank Buchwald. The Nixie Machine III (NM3) follows in the footsteps of the previous two iterations and uses an arrangement of six Nixie tubes to form one of the coolest table clocks. In case you aren’t aware of Nixie (Numeric Indicator eXperimental No. 1) tubes, they are gas-filled glass tubes with a wire-mesh anode and multiple cathodes, shaped in the form of numerals and symbols. Before the advent of LED, Nixie tubes, or cold cathode display, were commonly used as displays for digital readouts. It might have become an obsolete technology, Nixie tubes with its distinctive orange glow look ultra-cool and its popularity has been growing steadily over the last few years. 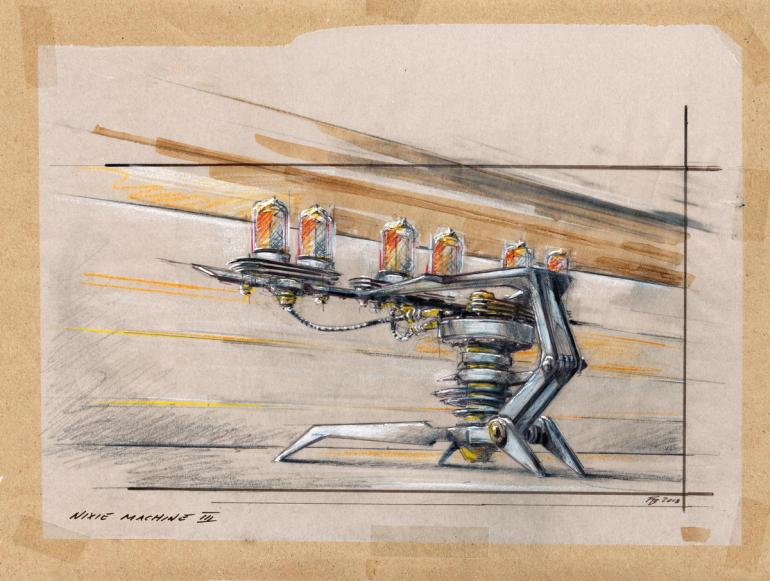 The NM3 looks like an evolution of its predecessor, the NM2. It has two tiny legs at the rear and two big ones at the front, while the Nixie tubes are arranged in a straight line on an arm that appears to curve and loop to the front, giving the table clock a scorpion-like appearance. It looks absolutely fantastic! Most of the components including the legs, plates, and the arm are all made out of stainless steel, contrasted by various brass elements of the design. The duo-support bracket riveted with massive steel bolts supports the Nixie tubes on the structure. The new NM3 is also Wi-Fi-enabled that allow for internet connectivity for online synchronization. The MB&F Nixie Machine III is limited to just 18 examples and priced at CHF 32,000 (approximately $35,000 USD). It is available for purchase exclusively from the M.A.D.Galleries in Geneva, Dubai, Hong Kong, and Taipei. 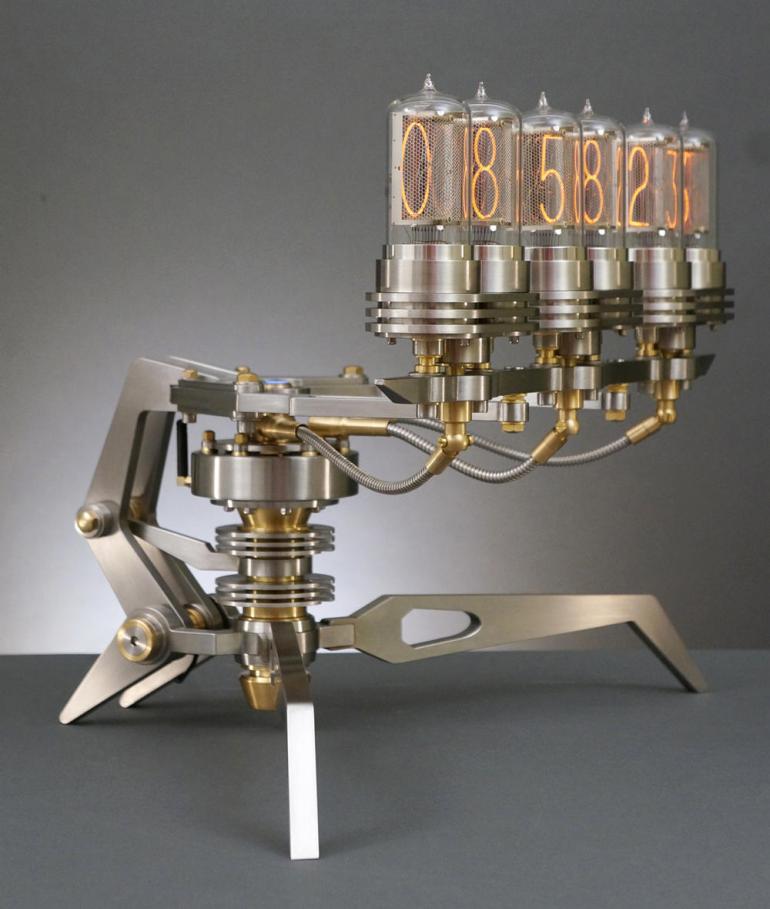 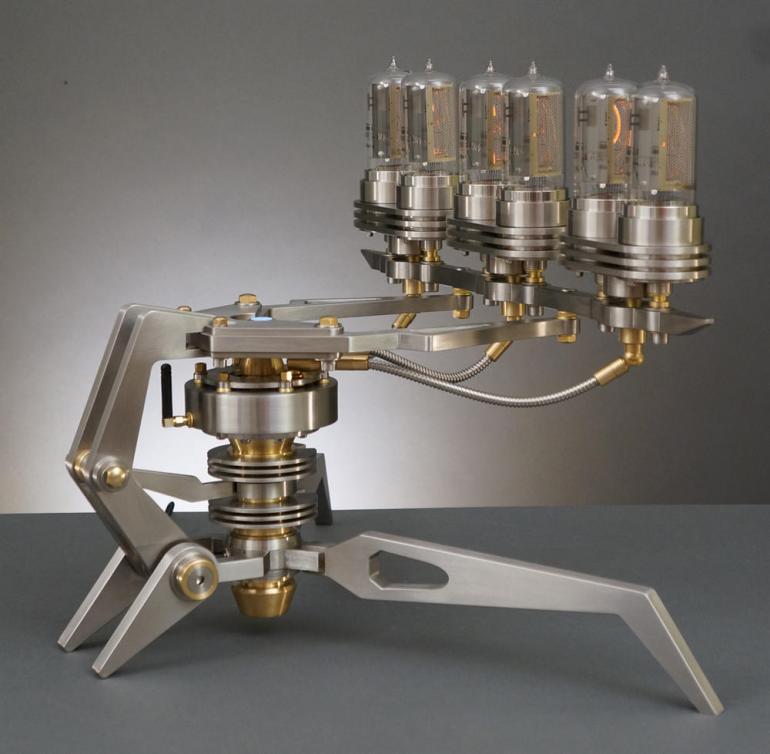 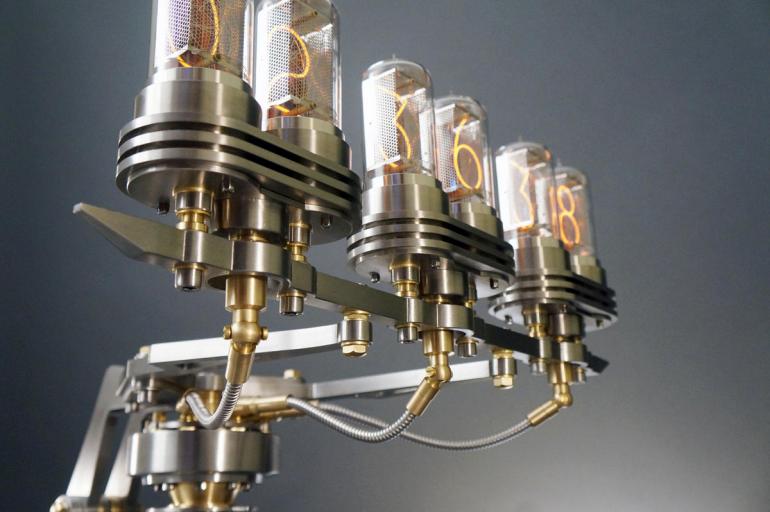 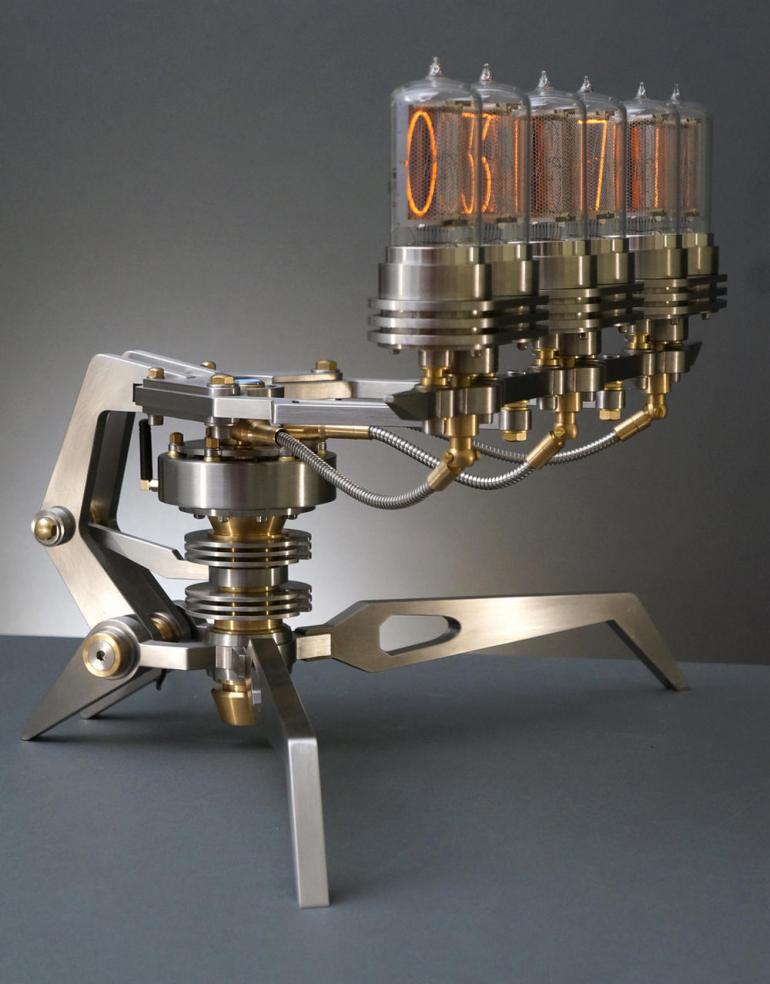 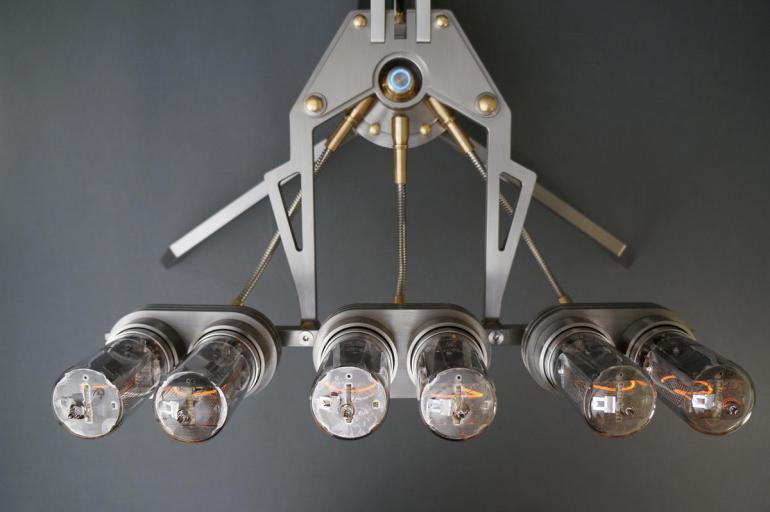 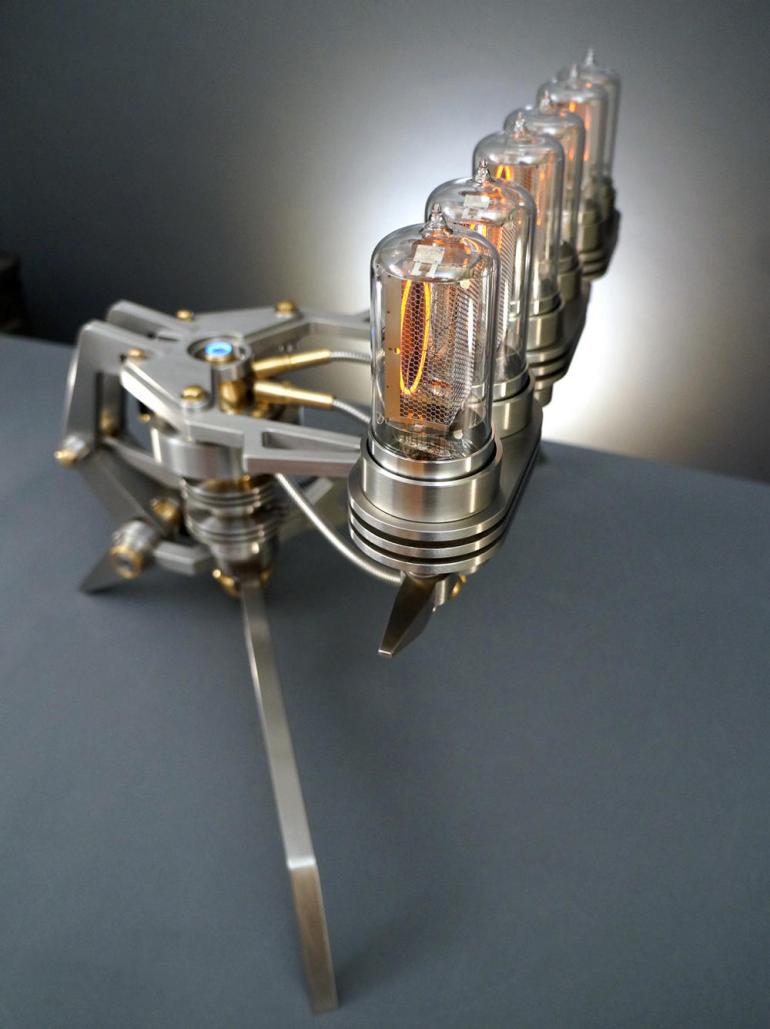 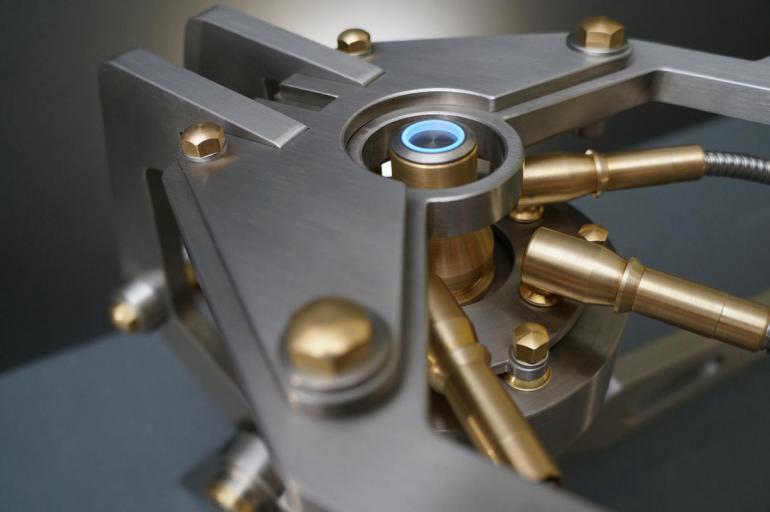 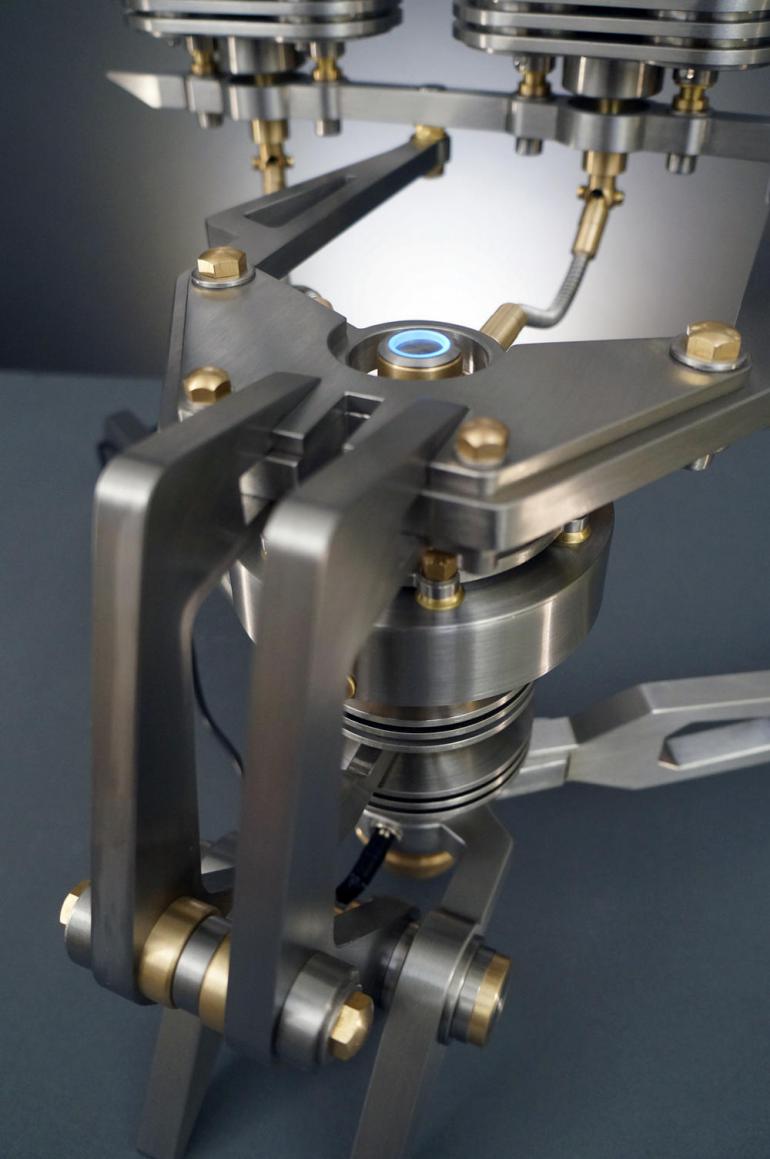 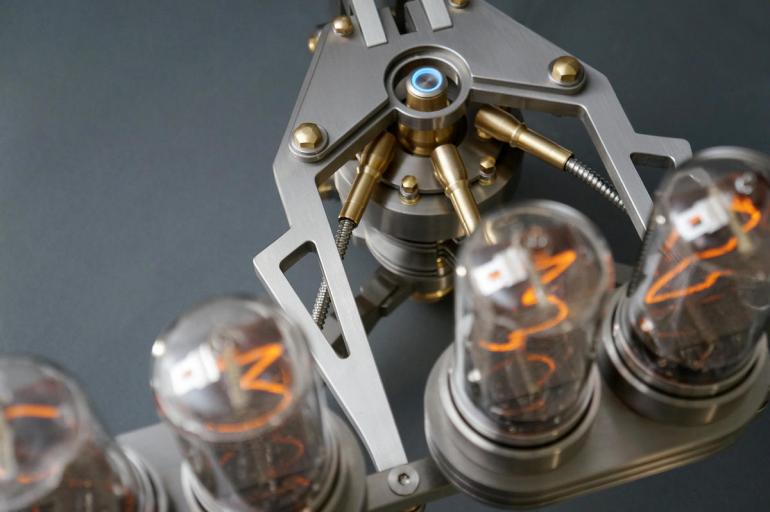 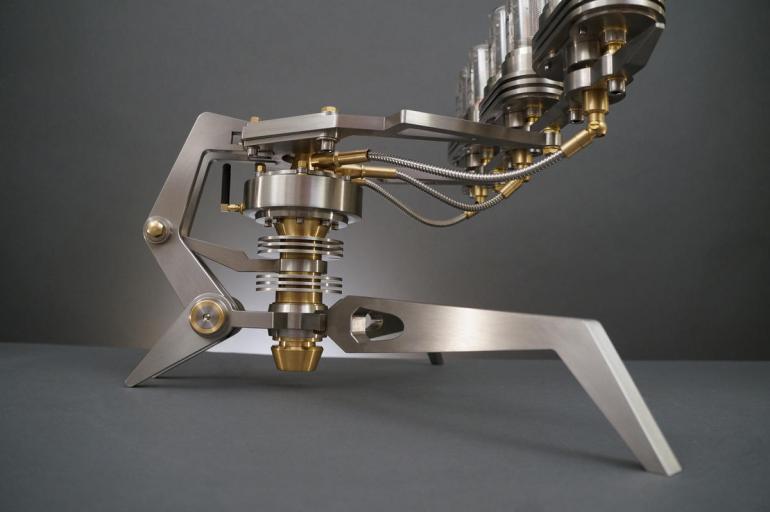 Tags from the story
Clock, MB&F