Automobile-themed timepieces belong to a niche that has consistently been popular with its own strong fan base. Most of the major high-end watchmakers have some sort of automotive connection or partnerships through which they regularly spawn creative watches that push the boundaries of watchmaking art and engineering. However, the latest collaborative piece to come from the partnership between Jacob & Co. and Bugatti\ is simply outstanding. The new Jacob & Co x Bugatti Chiron Tourbillon, as the name suggests, celebrates the 1500-hp hypercar and the highlight of the timepiece is a tiny moving replica of the Chiron’s W16 engine. Just like the previous 110-year anniversary Twin Turbo Furious edition watch that came out of the collaboration between the two brands, the latest creation also has a similar large tonneau shape design. However, instead of the twin triple-axis tourbillons located at the bottom-end of the dial, the Chiron Tourbillon houses the functional engine replica.


The miniature W16 engine block is crafted out of sapphire and has a functioning crankshaft with 16 moving pistons. Engaging the right pusher brings the engine to life creating a 20-second 3D animation. When the battery reserve is full, this complication can be activated three times. In addition to the W16 engine, other Chiron-themed design elements on the watch include spinning turbos at the side of the case that spool when the engine function is pushed, a fuel gauge-styled power indicator, and a baseplate that mounted to a shock-absorbing suspension system. The watchmaker said it took them more than a year to come up with the timepiece. The Jacob & Co x Bugatti Chiron Tourbillon is priced at $280,000 USD and each example will be made to order allowing the customer to customize the watch to match their car. 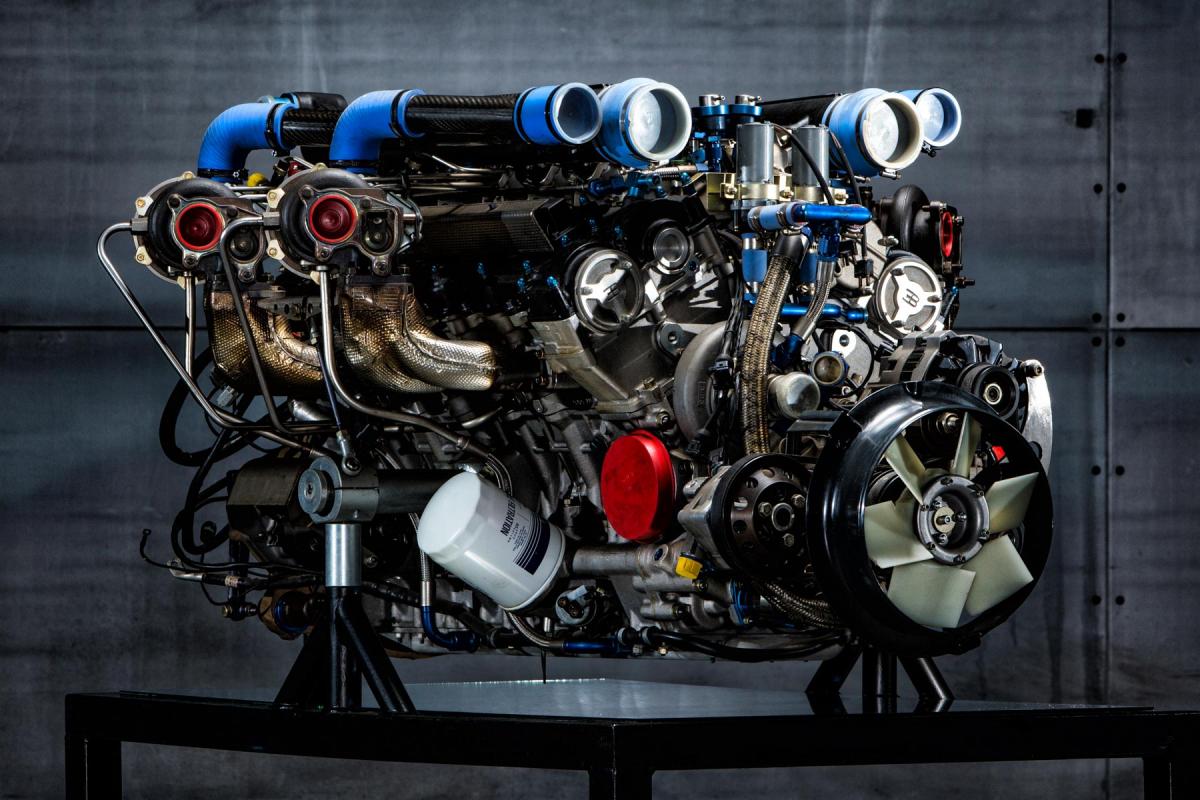 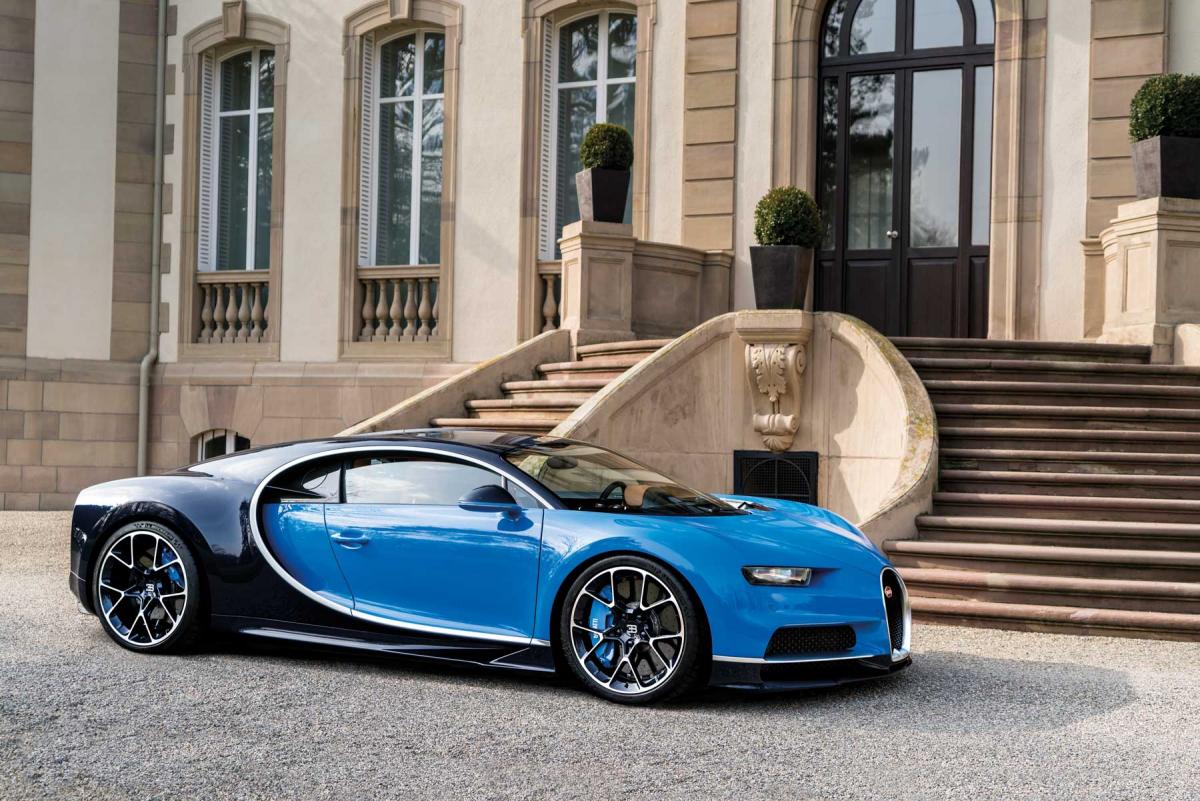 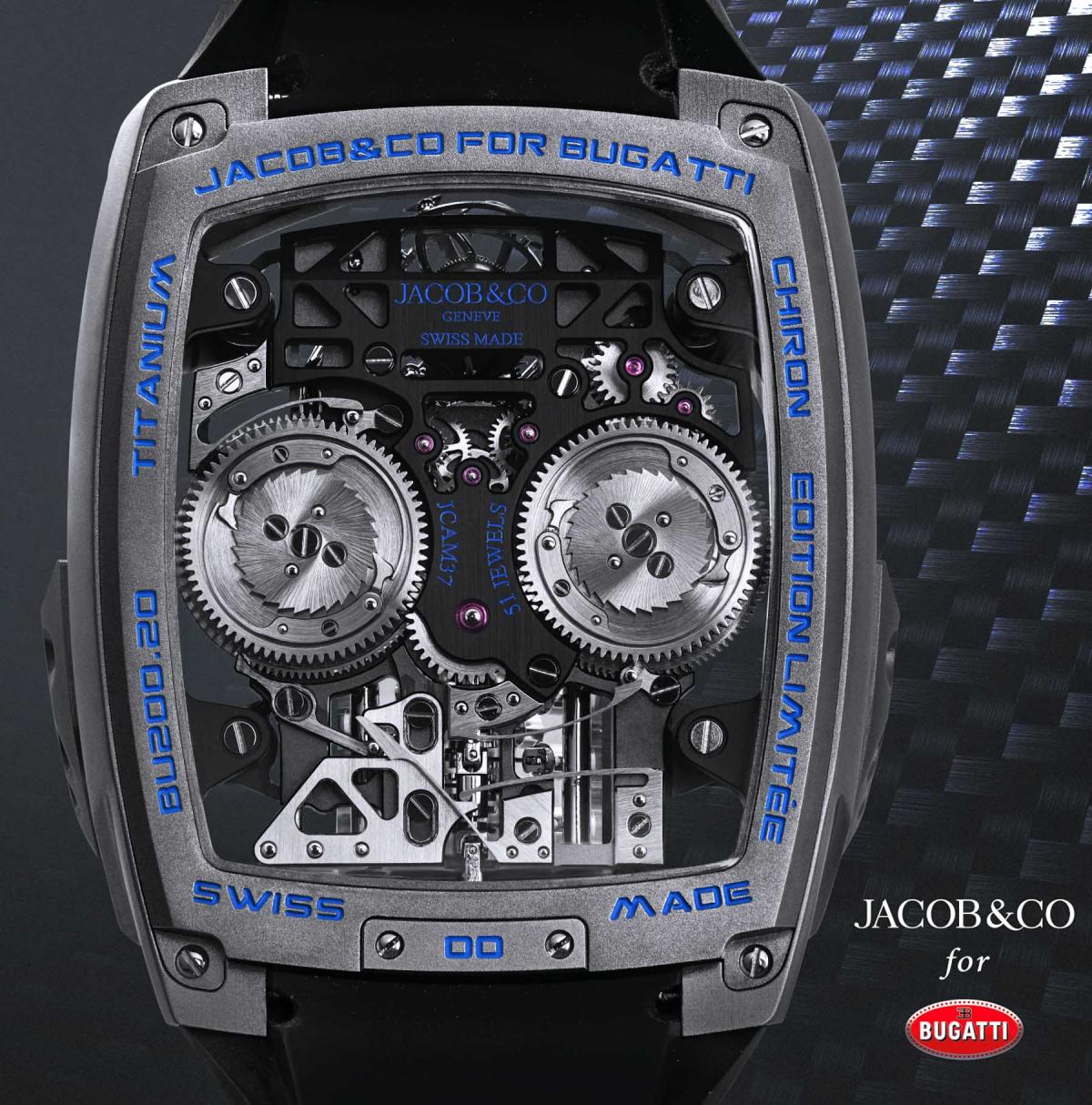 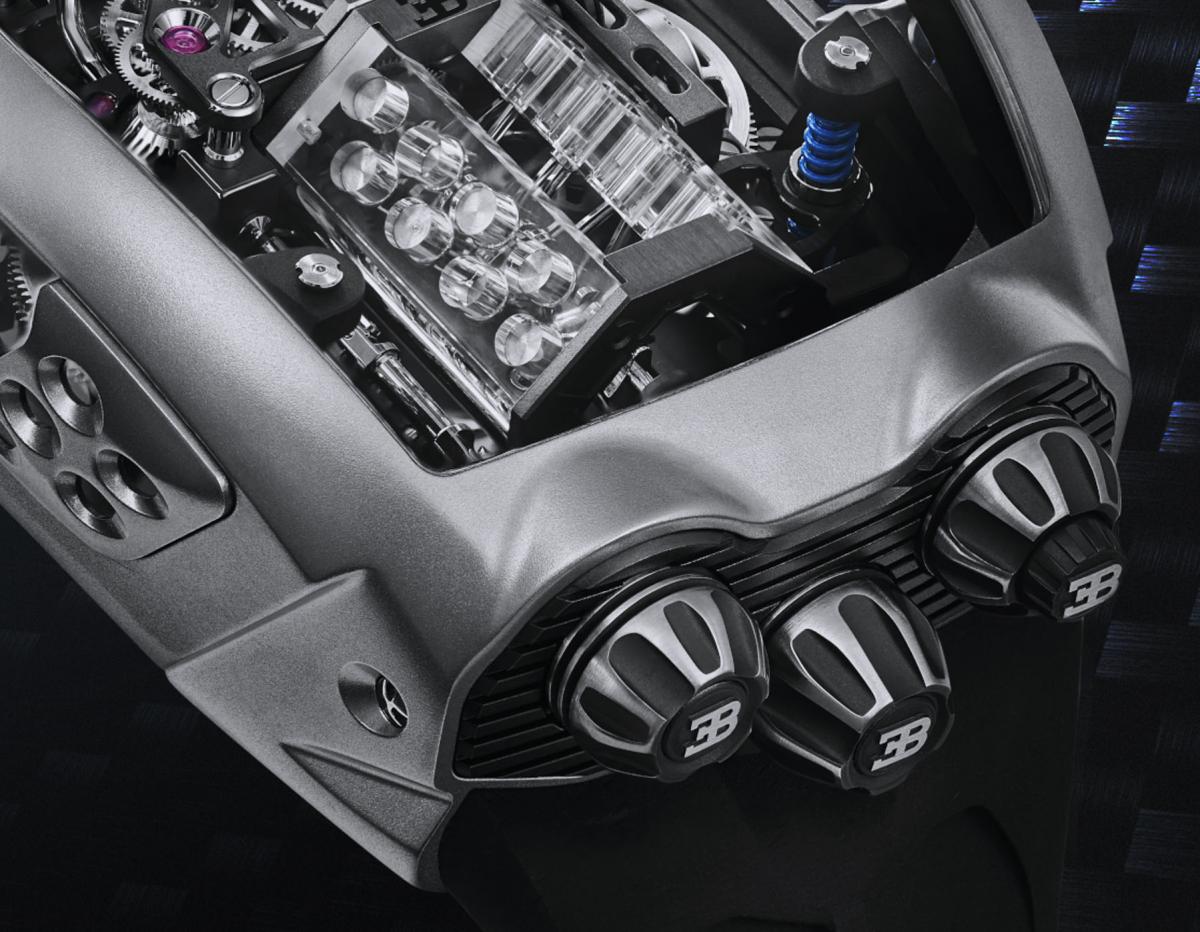 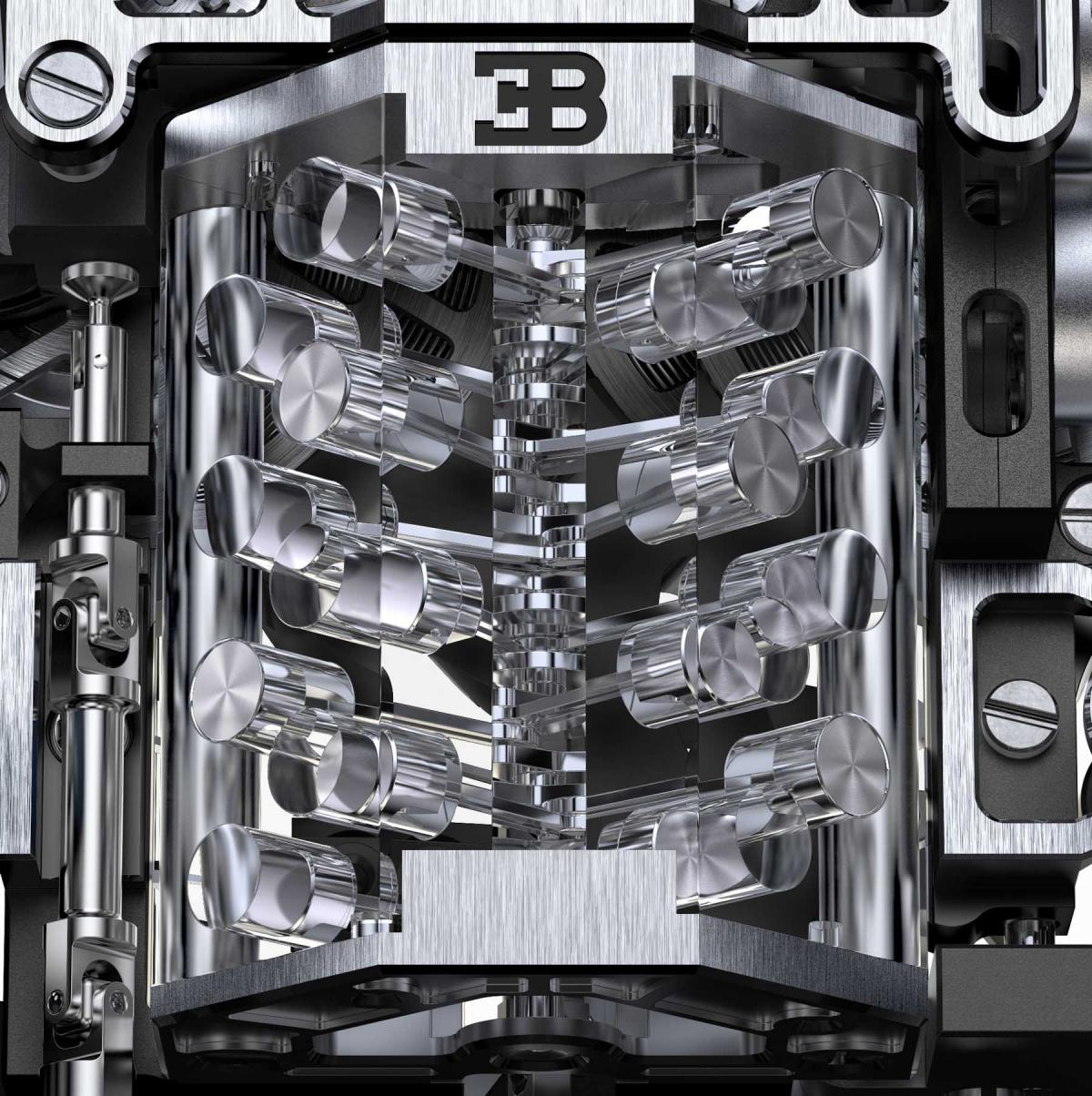 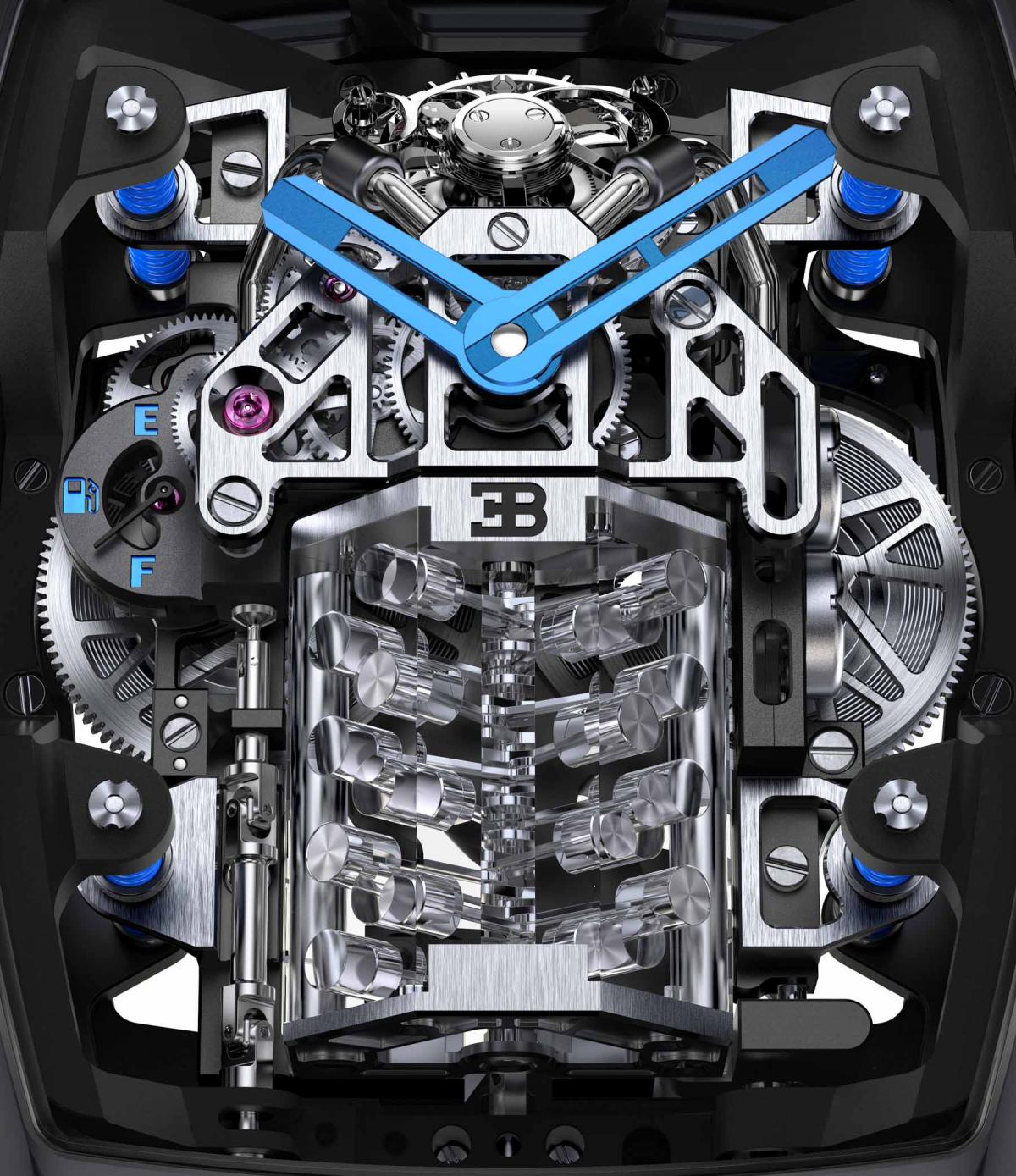 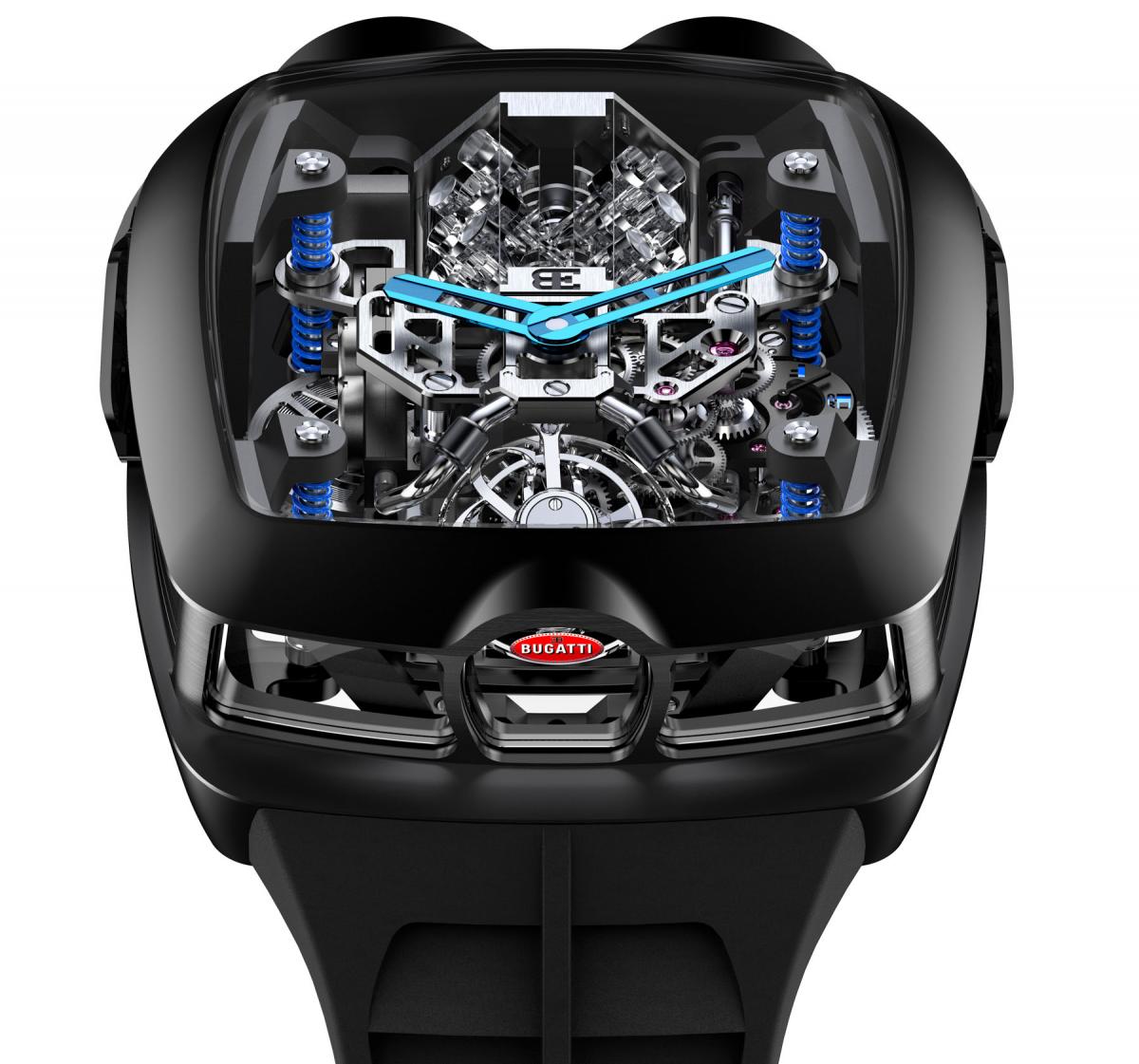