US President Joe Biden wears a Rolex Datejust as he delivers his inaugural address on the West Front of the US Capitol on January 20, 2021. Photo: Getty Images
Joe Biden chose to wear a classy US$7,000 stainless steel Rolex Datejust when he was sworn in as US president on January 20, giving the upmarket Swiss watch brand a fillip after a diabolical year for luxury watches. Unlike a number of his predecessors who chose to wear utilitarian brands as men of the people – both Bill Clinton and George Bush wore Timex watches – Biden chose to have his wrist clasped by a statement of Swiss luxury.

After years of success, Switzerland’s luxury watch industry was hit hard by the Covid-19 pandemic and the subsequent economic crunch, and only the best-placed brands remained largely undamaged. 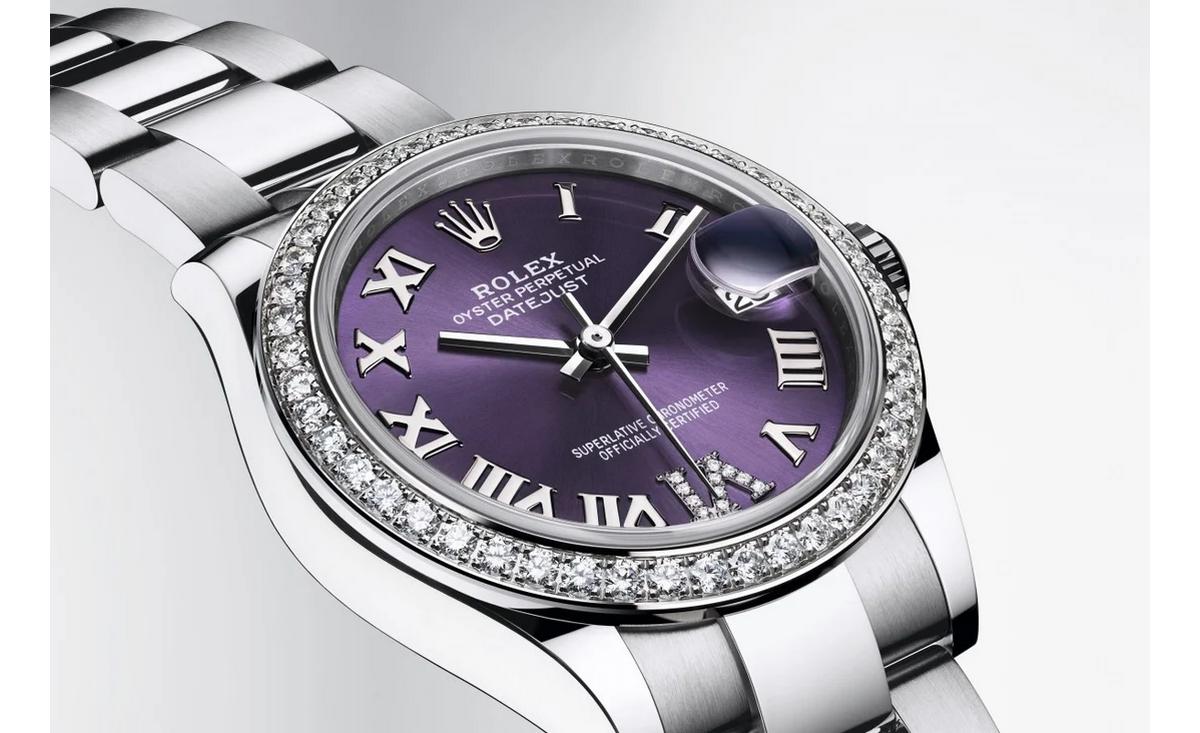 Within days of the US president’s inauguration, another, less fortunate Swiss watchmaker posted its first loss since 1983. The Swatch Group, owner of high-end brands including Blancpain, Breguet, Harry Winston and Omega, as well as fashion watches including Swatch and Calvin Klein, was slammed by the Covid-19 pandemic and the subsequent economic nosedive.

One of the big three watchmaker groups in Switzerland, along with LVMH and Richemont, the Swatch Group posted an annual loss of 53 million Swiss francs (US$59 million) in January after closing 384 stores worldwide.

Many Swiss watchmakers faced an existential threat in 2020 during the violent economic cyclone of the pandemic, which crushed travel and luxury sales in most of the world. Swiss watch sales plunged 81 per cent before April 2020, though recovered to 97 per cent of 2019 levels by November, according to research released in January by market analysis firm Bernstein. However, for a number of brands, reserves have been depleted and confidence shaken.

Larger Swiss watch brands weathered the Covid-19 economic storm the most easily, says Bernstein senior research analyst Luca Solca. “Higher complexity in the industry – and the new fronts created by digital – is giving the upper hand to larger brands and their scale economies, all else being equal,” he says. “More middle-class consumers driving growth is conducive to more thought given to resale value – which makes the strongest brands stronger.”

The comprehensive Bernstein report, focusing particularly on Richemont and Swatch, suggests the less expensive Swiss watches have been in the most difficulty, a finding reflected in the Swatch Group’s difficulties.

The analysis found that Rolex, one of the few stand-alone independent Swiss brands, was one of the least affected by the economic crunch last year. Some well-known brands, including Longines, owned by Swatch, and Piaget, Jaeger and IWC, owned by Richemont, were forced to offer significant discounts, according to the Bernstein report. “Product innovation and the ability to establish and nurture product icons is vital – Rolex has done a fantastic job on this front,” Solca says.

China has led the world in luxury watch sales for a number of years, mostly with purchases abroad, in Hong Kong and elsewhere, to avoid taxes levied on the mainland. With the pandemic squeeze on international travel, Chinese luxury consumers began shopping locally, creating a surge in Swiss watch exports to mainland China compared with other nations, where import demand slumped by double digits. 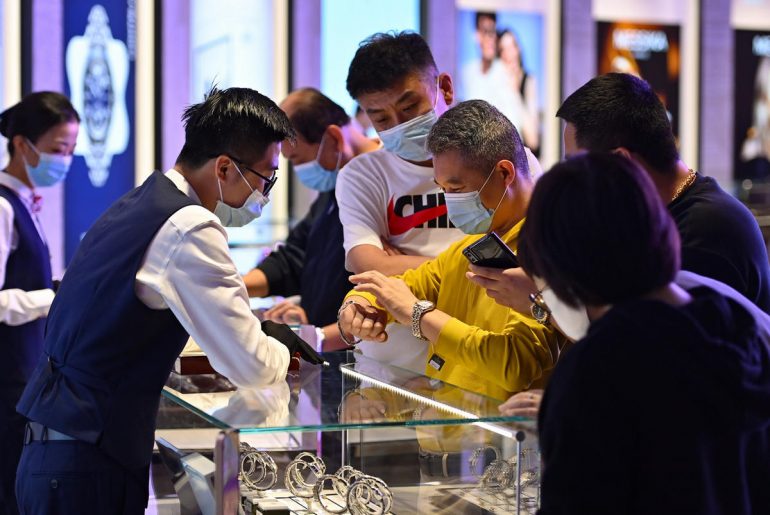 Solca says the leaders in the Chinese market are brands that are also in a strong position globally, such as independent brands Rolex, Patek Phillippe and Audemars Piguet, with the possibility of increased opportunities for lower-priced brands such as Longines and Tissot, both owned by Swatch. “The Chinese middle-class is favouring strong mid-price brands, including Omega [owned by Swatch] and IWC [owned by Richemont],” he adds.

Most Swiss watchmakers now expect a bounce this year. Brands with a strong presence in mainland China, including umbrella group Richemont, which returned to growth in the final quarter of 2020, have benefited from a sustained rebound in demand, experts say.

Jiaxian Su, author of the influential SJX watch blog based in Singapore, says luxury watch brands had problems with fundamentals during the pandemic and it was these production, distribution and marketing obstacles “that will make or break brands”.

“I am certain Rolex will gain market share for several reasons,” he says, noting the introduction of the popular entry-level Oyster Perpetual with coloured dials. “Rolex has also been steadily building its presence in China, and now with domestic spending in China rising sharply, it is benefiting strongly. Its competitors that were historically strong in China are also enjoying the same boost, but they are not gaining ground in foreign markets where Rolex has always been in the lead.”


Asian consumers have yet to lose their taste for expensive Swiss watches, even in times of strife and uncertainty. In 2020, the seven largest nations in Asia accounted for over 40 per cent of Swiss watch exports, primarily for domestic consumption since there was practically zero travel, Su notes.

Rolex and Patek Philippe may have had a modest drop in sales because of production hold-ups rather than because of waning demand, he says, but it can be difficult to tell exactly how much they have been affected by the pandemic because both are privately owned companies with no requirement to open their books to an interested world.

Other difficulties loom for Swiss watchmakers. The popularity of high-end Swiss watches has been eroded by a growing worldwide interest in smartwatches in an increasingly health-conscious market, though these smartwatches are probably only making inroads at the lower end of the market.

Solca says the smartwatches are “a structural threat for the Swiss-made entry-price-point watches”, noting that Swiss watches selling for less than 1,000 Swiss francs (US$1,100) are under pressure and the lower the price, the higher the pressure.

According to the Bernstein report, factors that could continue to buffet watch prices in the future include uncertain oil prices, continuing upheavals in Hong Kong, and trade tensions between China and the US.

The pandemic and the consequent economic crisis has been the biggest challenge the Swiss watch industry has faced since the so-called “quartz crisis” of the 1970s and early ’80s when Seiko developed the technology to mass-produce highly accurate, cheap and reliable wristwatches. Traditional mechanical watches were swiftly outpaced and the Swiss luxury watch industry plunged into the red. Only when watches again became widely sought-after statements of luxury and status did the Swiss brands once more begin to make serious profits.

The ensuing consolidation of a range of historically well-known Swiss brands under a few large umbrellas transformed the market and eventually Swatch emerged as perhaps the biggest winner in terms of brand acquisition.

If China’s economic recovery continues to strengthen, it will provide a much-needed boost to Swatch’s brands, the Bernstein analysis found. “Continuing strong demand from Chinese consumers would benefit Swatch,” it says, “as it has the highest exposure in the sector to China”.

Tags from the story
Rolex, SCMP