A new world record has for the most expensive watch ever sold has been created by a truly special Patek Philippe piece by selling for a whopping CHF 31-million (about $31-million). The record was previously held by the Patek Philippe Henry Graves Jr. Supercomplication, a pocket watch made in 1920, which sold for $24-million at a Sotheby’s auction in 2014. The one-of-a-kind Patek Philippe Grandmaster Chime Ref. 6300A broke the record at the Only Watch 2019 – a charity watch auction where top watchmakers donate their creations to raise money research into Duchenne Muscular Dystrophy. The Grand Chime is the most complicated wristwatch by Patek Philippe; previous iterations of it include the $2.5 million Ref. 5175R in 18-karat rose gold introduced in 2014 for watchmaker’s 175th anniversary and the $2.2 million Ref. 6300G made in white gold. But what makes the record-breaking Patek Philippe Grandmaster Chime Ref. 6300A truly special is that it’s a one-of-a-kind version that was created specially for Only Watch, and it is the only one that will ever be made in stainless steel. 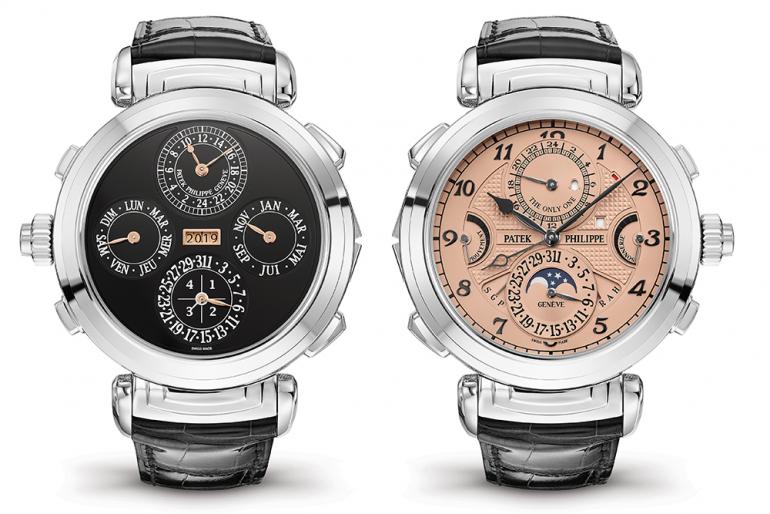 The Grandmaster Chime reference 6300A-010 has two dials, reversible case, and 20 complications. The most attractive bit is the front golden opaline dial (referred to as salmon), a treatment that has become highly collectible, while the dial on the other face is in ebony black; the dials can be switched via reversible lugs. The timepiece has four spring barrels driving 20 complications, including a grande and petite sonnerie, a minute repeater, instantaneous perpetual calendar with a four-digit year display, second time zone, day/night indicator, day/date (on both dials), month, leap-year cycle, four-digit year display and 24-hour and minute subdial. There is no information on who bought the watch. 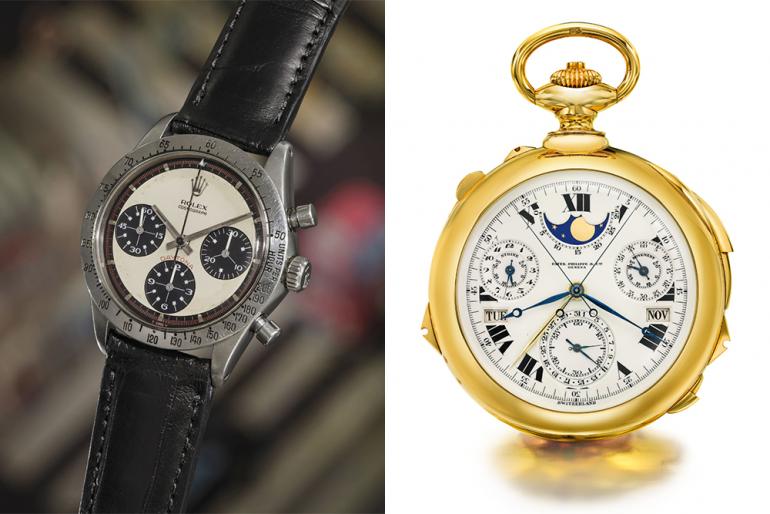 Tags from the story
Most-Expensive, Patek-Philippe