Shining its magic on timepieces, Louis Vuitton recently unveiled the Tambour Carpe Diem watch. Featuring automata created to strike the hours on church bell towers, the watch boasts a push-piece that stimulates the dial’s set with a snake and a skull indicating time.

Commenting on the masterpiece, Michel Navas, Expert Watchmaker at La Fabrique Du Temps Louis Vuitton, said, ‘Our aim was to get off the beaten track,’ he further added, ‘We wanted to bring to the jacquemart our vision of the 21st century with all the energy and creativity characteristic of our brand since it began producing watches in 2002.’ 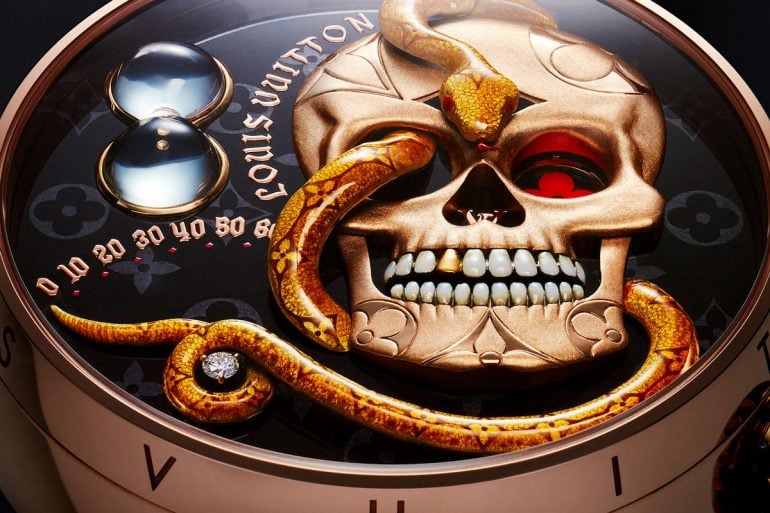 Complete with four watch compilations, the Carpe Diem features a jumping hour, a retrograde minute, a power reserve display, and the mechanism of the automata. On pressing the push-piece on the side of the case, the reptile’s head lifts to reveal the time, with the hour aperture positioned on the forehand of the skull and the rattlesnake tail oscillating towards the minutes. 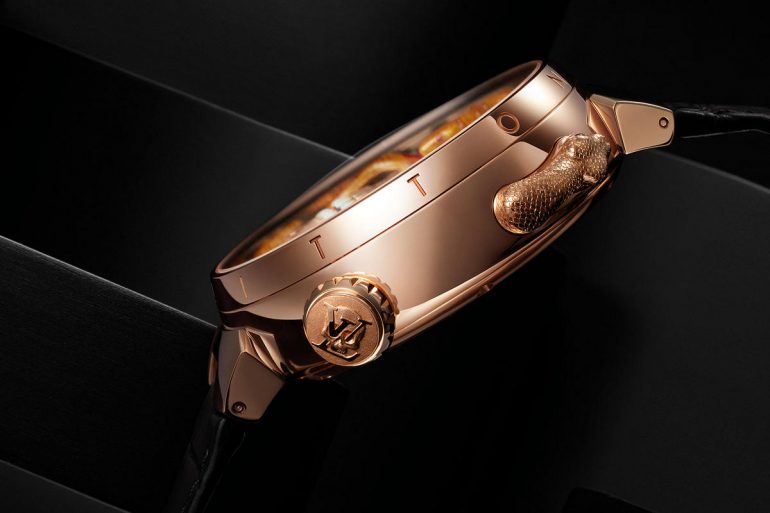 Thereafter, the skull’s jaw lets out a laugh with the words carpe diem emerging miraculously. The entire spectacle lasts 16 seconds while leaving the wearer awestruck. On the back of the watch, one can spot its movement’s design, also shaped like a skull. 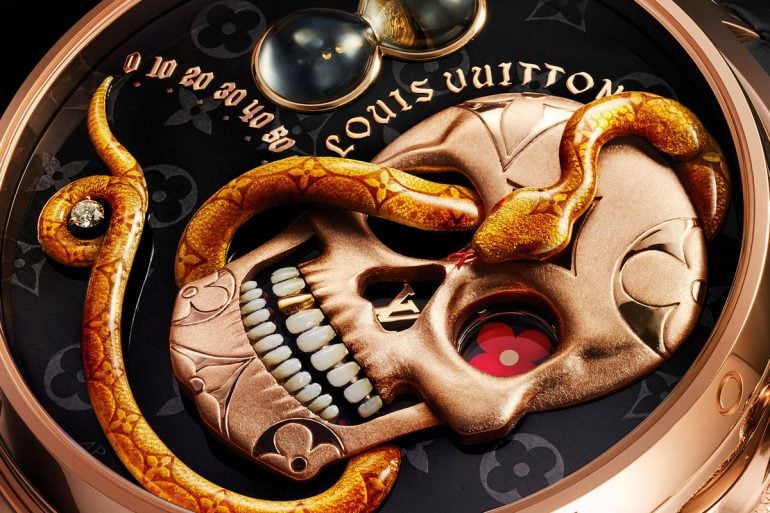 It boasts enamel elements by Anita Porchet and engraving by Dick Steenman and has been completed after two years in the making. Would you fancy buying this exotic LV timepiece? 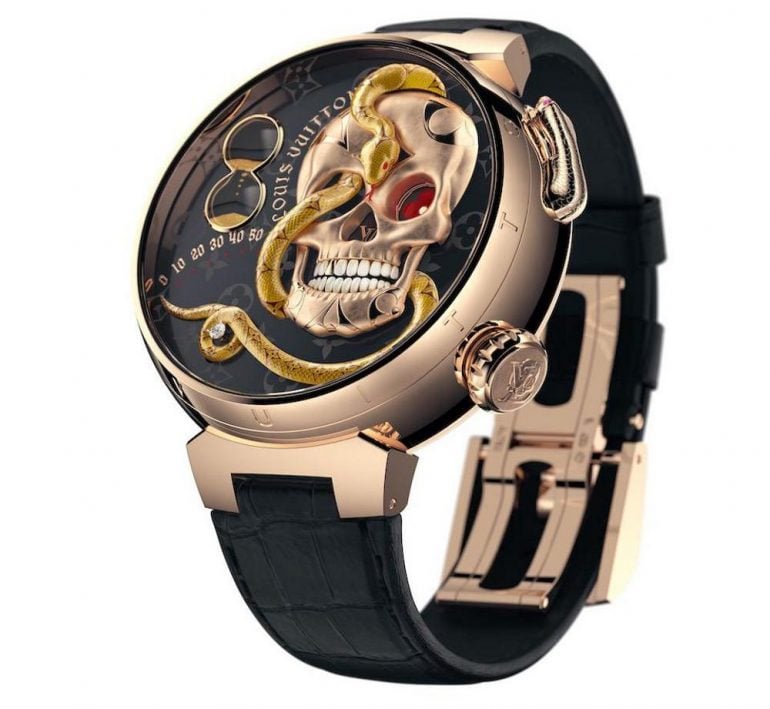 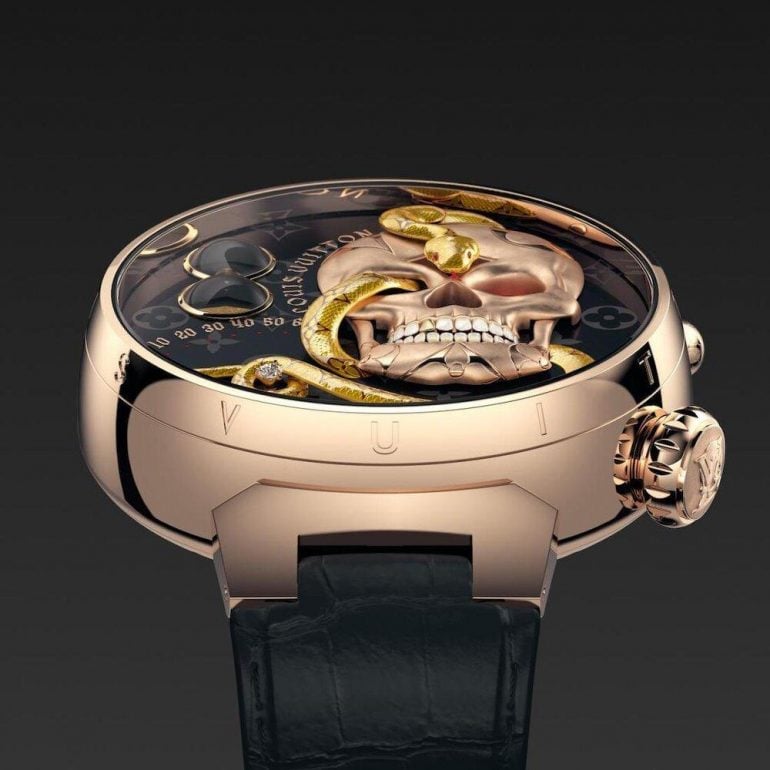 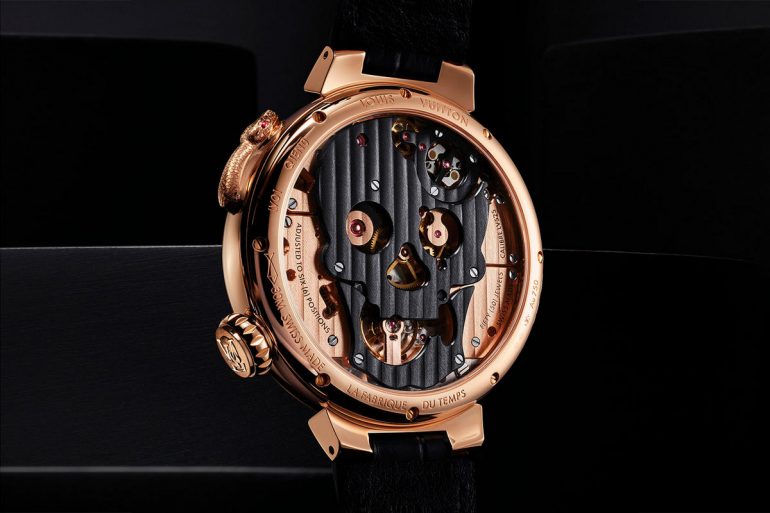 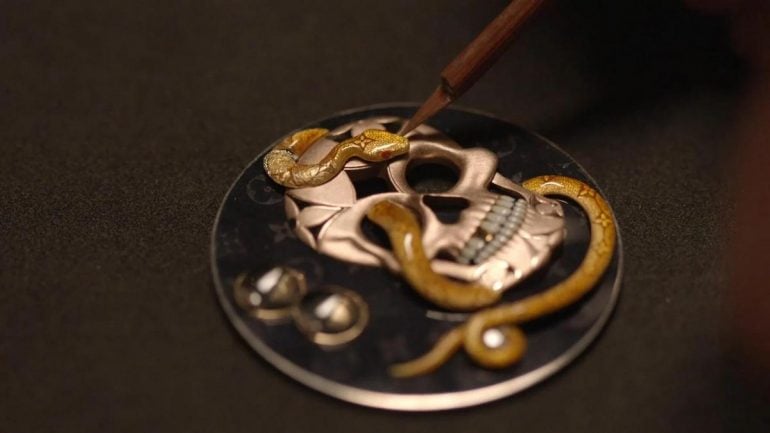 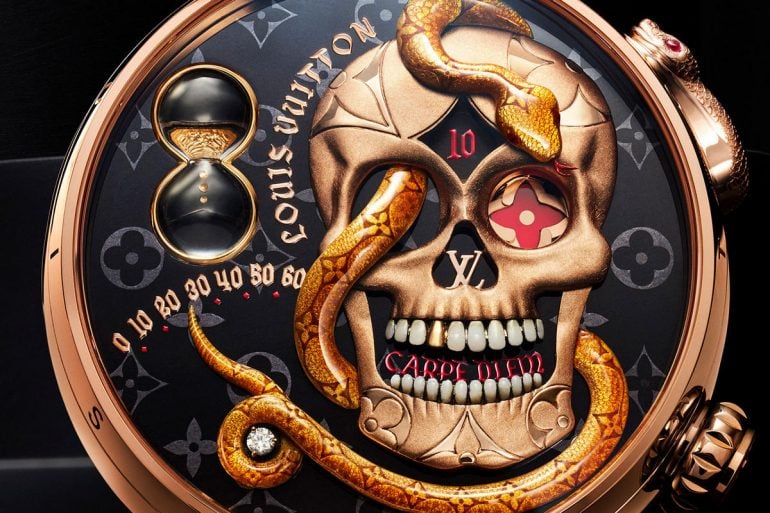