Swiss watch company Zenith is reprising its partnership with the Rolling Stones for another limited edition tribute watch. The Zenith El Primero Chronomaster 1969 Tribute To The Rolling Stones watch promises to be a rock-star staple thanks to its black-DLC finished titanium case and black dial. The black strap is embossed with the Union Jack (British flag) and the band’s lips and tongue logo. The sapphire crystal caseback features another imprint of the famous logo. 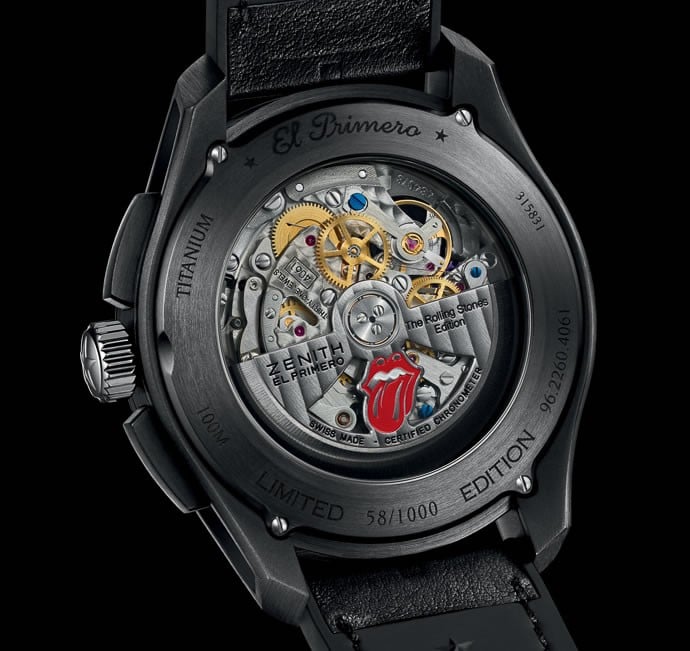 The watch’s movement is the in-house made Zenith El Primero caliber 4061 automatic chronograph which operates at a “high beat” of 5Hz (36,000 bph) part of which can be seen through the transparent window in the dial. The watch is produced as a limited edition of 1000 pieces and will be priced at $14,200 each. Currently the watch can be purchased from Harrod’s London, though it is expected to become available at Zenith dealers around the world later in the month.