Communist philosopher Karl Marx was best known for his three-volume book Das Kapital which is popular today, almost 150 years after first being published. Now, a scarce first signed edition of the first volume has surfaced, and we’re willing to bet that collectors will pay a fortune to get their hands on it. Of the three volumes, only the first was published during Marx’s lifetime. This particular one is dated 18 September 1867, indicating that he signed this copy just four days after its publication. Today these first editions are incredibly hard to find. Marx gifted this copy to his former friend Johann Eccarius. 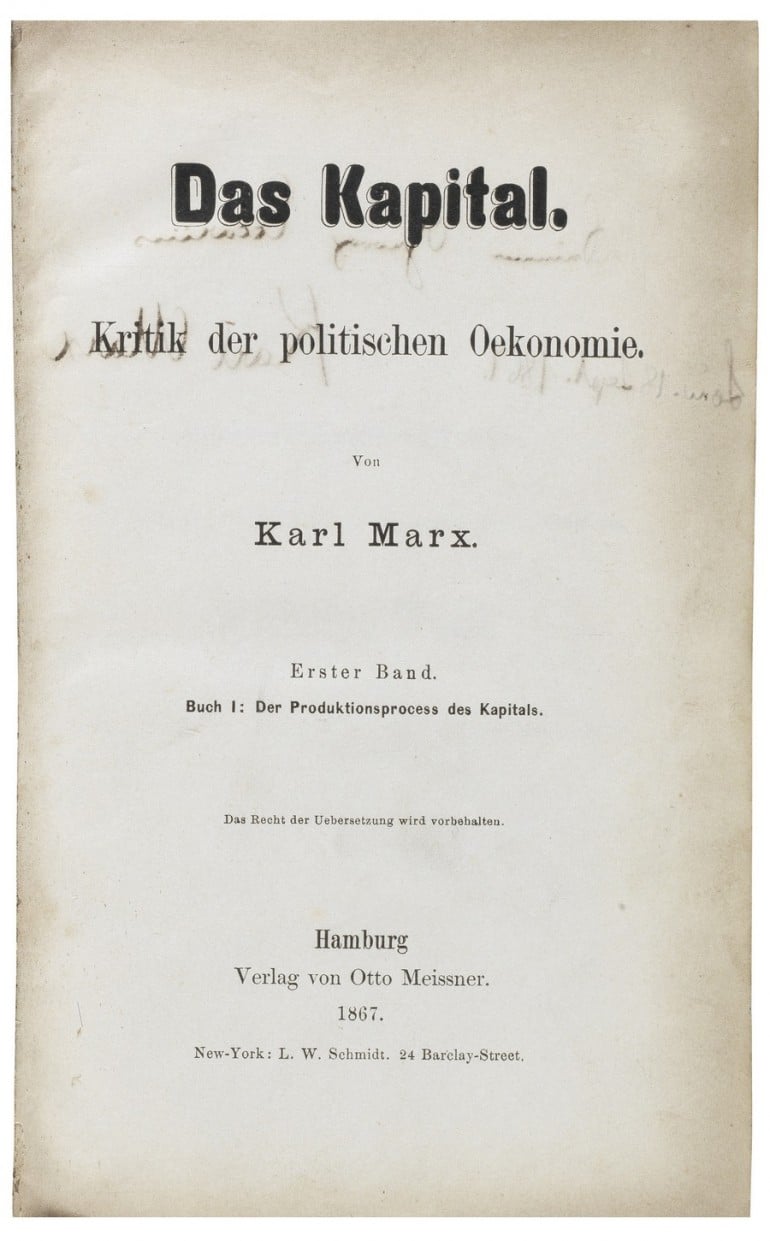 Though Eccarius and Marx were important figures in the communist movement and started as close friends, they eventually grew apart due to personal jealousy and political differences. Marx took Eccarius’s resignation from the First International, personally calling him “a scoundrel pure and simple – canaille even” and later a traitor. 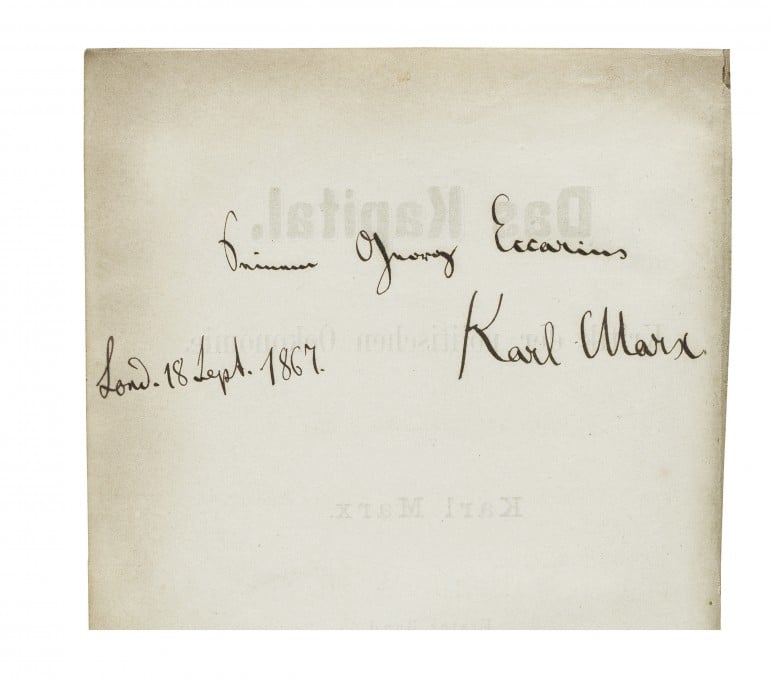 However, Eccarius must have known what the book would be worth because it has remained within his family since he received it in 1867. It even has the British Library Reading-room ticket that Eccarius used as a bookmark over a century ago.

The treasured book will be sold at Bonhams Fine Books and Manuscripts sale in London on June 15 and is estimated to be worth £80,000-120,000 ($116,344 – $174,516 at current exchange). “This is a stunningly important copy of a book that changed the world. Both Marx and Eccarius were major figures in the troubled birth of the communist movement. They enjoyed a close personal relationship for many years until personal jealousy, and political differences drove them apart. Presentation copies are extremely scarce, and only two have ever before appeared at auction,” said Bonhams senior book specialist Simon Roberts.

Update: The rare signed edition has sold for the eye-watering sum of £218,500 (around US$313,809), exceeding all expectations and setting a record in the process. This is officially the most that anyone has paid for a copy of Das Kapital at auction.

Bonhams senior book specialist Simon Roberts said, “This was an essential copy of one of the world’s most influential books, and not surprisingly, the bidding was extremely keen – presentation copies are extremely scarce. I suspect the irony that a devastating criticism of capitalism should sell for such a huge sum would have caused Marx a wry smile.”