Beatles group signatures on album covers isn’t something that you come across everyday. Considered nothing less than the Holy Grail for Beatles collectors, it is a piece of music relic which every fan longs for. Here is the original copy of 1964’s Meet the Beatles album, which is signed by all the Fab Four members and is expected to go under the auction hammer of Heritage Auctions. This will be the centerpiece of their Music & Entertainment Signature Auction and is expected to fetch a price of over $75,000.

And this isn’t a mysterious piece that came to the surface out of nowhere. There is a good deal of story behind it. The album was given to Dr. Jules Gordon, the “house doctor” of The Plaza Hotel, in February 1964 by George Harrison himself. And this was a token of appreciation for Dr. Gordon had treated George. The doctor then handed over this piece of music treasure to his son Jeffrey where it is remained until now. 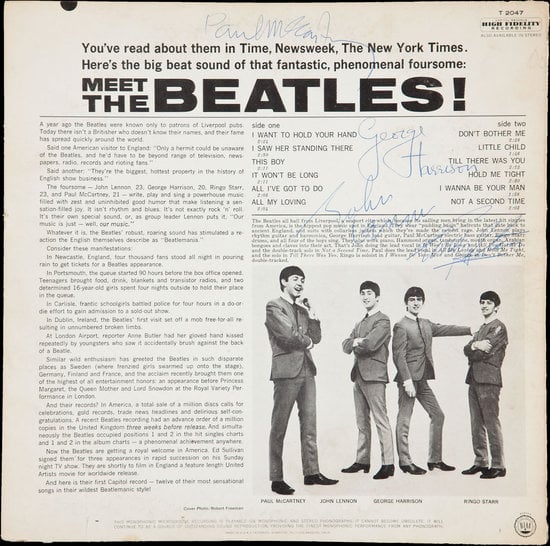 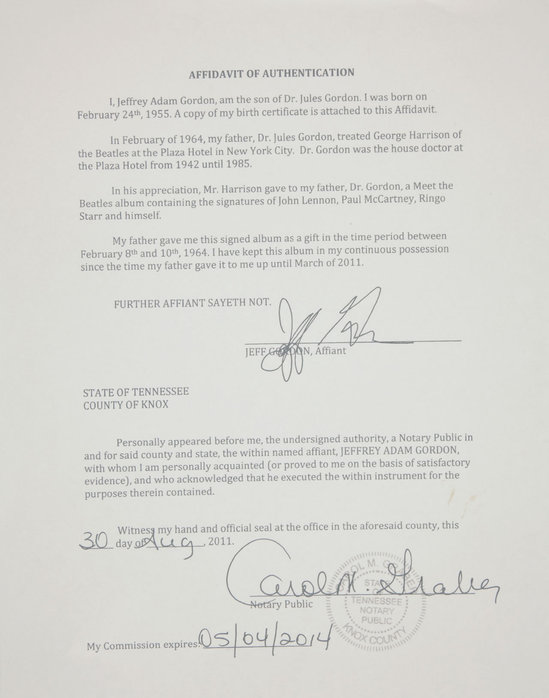