We often spend a lifetime loving celebrities but not even catching a glimpse of them in person. As much as we would love to have our favorite celebs to ourselves, it’s an impossibility, but no one said we couldn’t have a piece of them. As a matter of fact, Luxury Launches is saying the exact opposite; not only can you have a piece of your favorite celeb, but you can have a three-piece! It’s clear by now I am talking about celebrity suits and not usual, ordinary fashion but the most expensive celebrity suits sold at auction. Gone are the days of emulating your beloved superstars its time you got your hands on these dapper A-list suits that fetch a hefty price at auctions: 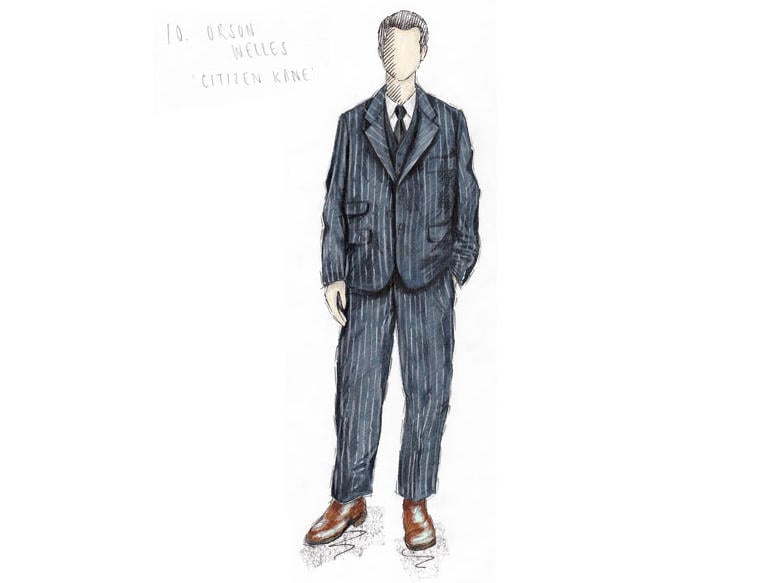 10. Orson Welles’ Citizen Kane suit – $25,600
This uber-cool three-piece, chalk stripe suit was donned by American actor, director, screenwriter, and producer Orson Welles during the final scenes of his most admired movie Citizen Kane in 1941. Designed by Edward Stevenson, the 1930s style navy wool suit was sold at an auction in 2015 to an anonymous buyer for nearly $26,000. Even back then, the jacket flaunted a Western Costume label with ‘O.Welles’ inscribed on it. 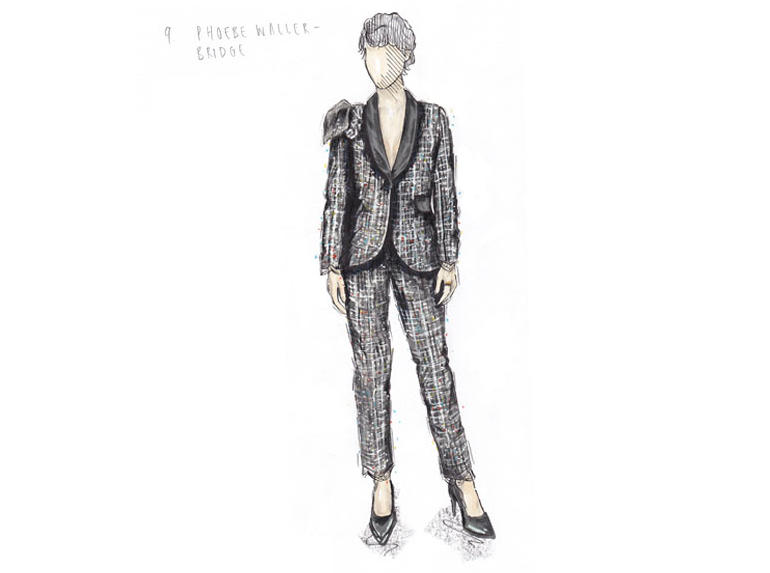 9. Phoebe Waller-Bridge – $28,600
The shining star of popular TV show Fleabag wore an incredible, statement-making custom-made suit to the Golden Globes in 2020. . The suit was bought by an anonymous buyer for nearly $29,000 on eBay where this Ralph and Russo number raised money for the devastating Australian bushfires. 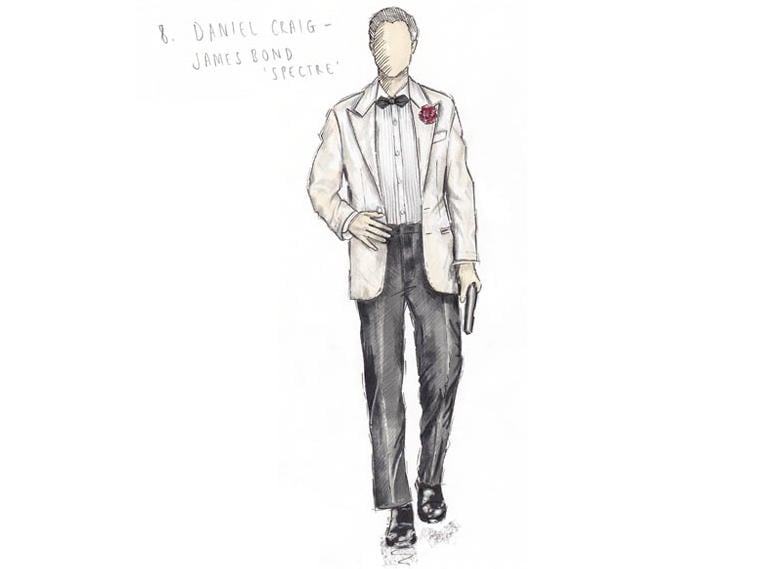 8. Daniel Craig’s Spectre suit – $37,450
James Bond’s suits are a major contributing factor in making him the most well-dressed man that ever walked the planet. It is a little startling that the 2-piece dinner suit designed by Tom Ford and worn by Daniel Craig as James Bond in Spectre hasn’t earned a place in the top 3 spots. The suit is instantly recognizable as it was spotted in promo shots and during the scene where Bond has dinner on the train in Morocco and during the following fight. The words‘Daniel Craig, Bond 24’ are embroidered inside. 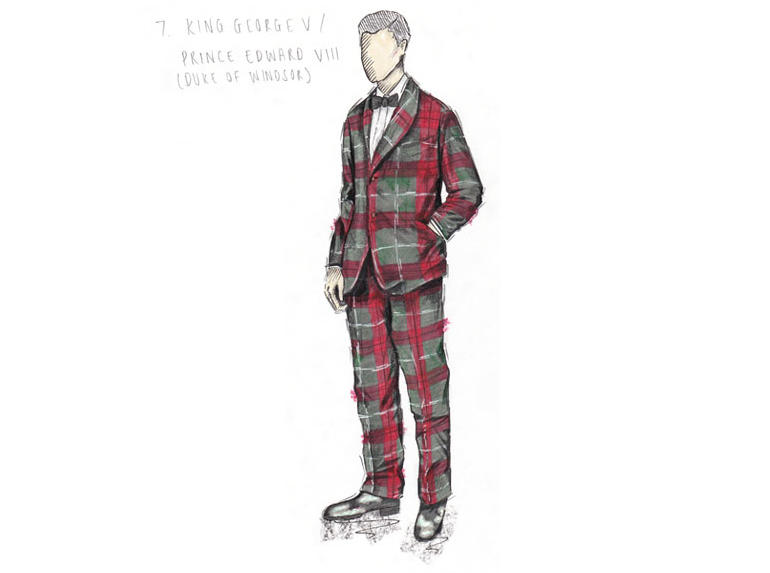 7. The Duke of Windsor – $40,625
Some people are celebrities because of a glittering movie career, and some are celebrities because of an iconic life. The fabulous 2-piece Rothesay Hunting Tartan suit in forest green, deep red, and pale yellow is an extraordinary piece of Royal fashion history. It first belonged to King George in 1897, then passed down to his son King Edward in 1936, and then again to Prince Charles. Not only does this suit boast of thread adorned by royalty, but it also comes with a white cotton shirt sporting a W and crown, along with three silk bow ties and a deep green silk cummerbund. 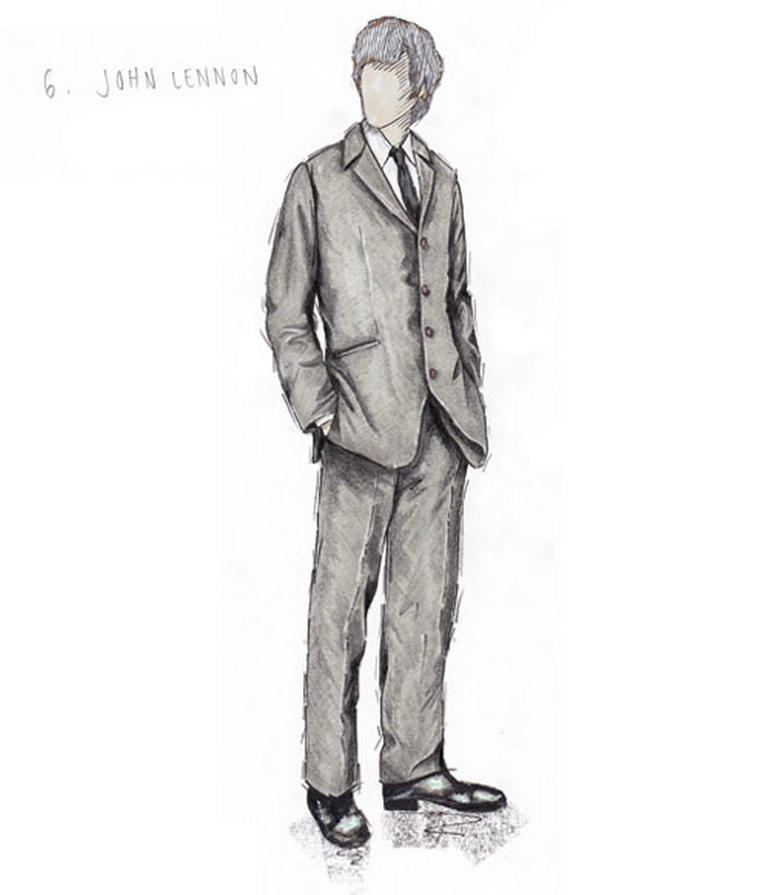 6. John Lennon – $42,803
The Beatles are known for iconic music and iconic suits. And this Custom made 2-piece suit with narrow lapels for John Lennon, comes as no surprise! The grey wool suit designed by Douglas Millings features two D. A Milling’s labels and even has ‘John’ handwritten twice on the breast pocket and underneath the trouser zipper. It sold for nearly $43,000 in 2017. 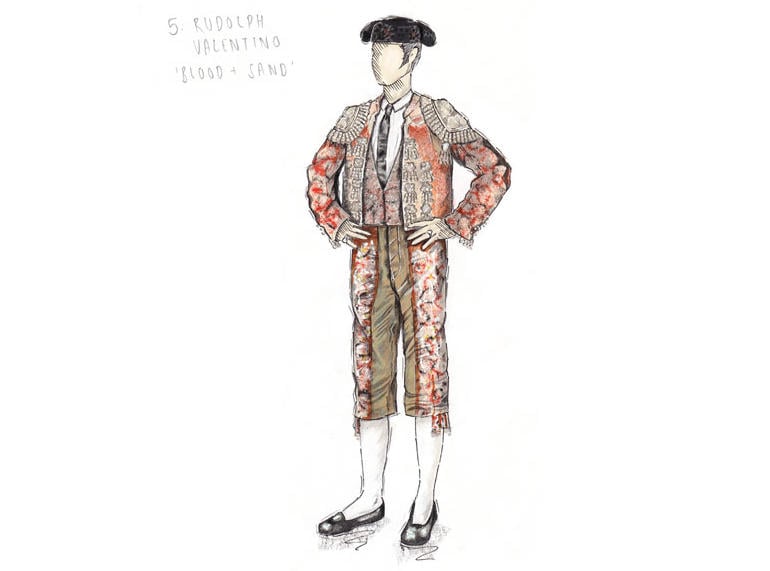 5. Rudolph Valentino’s Blood and Sand suit – $52,445
One of the most important costumes in film history is the exquisite silk ‘suit of lights’ matador costume worn by Rudolph Valentino to play Juan Gallardo in the 1922 silent drama movie Blood and Sand. Inimitable details such as intricate silver bullion, red faceted stones, sequins, and beaded silver tone bullion fringe make it sought-after and highly valued. The impressive suit was purchased at an auction in 2015 for almost $53,000 by an anonymous buyer. 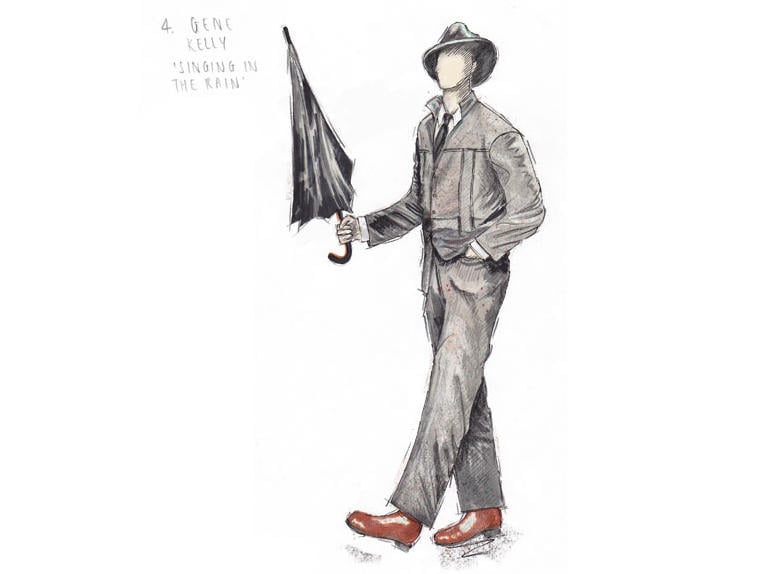 4. Gene Kelly’s Singin’ in the Rain’s suit – $88,500
If you remember the classic movie musical Singin’ in the Rain, you certainly recognize this belted 2-piece beauty worn by Gene Kelly. The suit made by Walter Plunkett still carries the water stains from where Kelly was perpetually soaked through during takes. It was procured by Robert Earl of restaurant chain Planet Hollywood who longed to purchase the suit and display it in one of his restaurants. 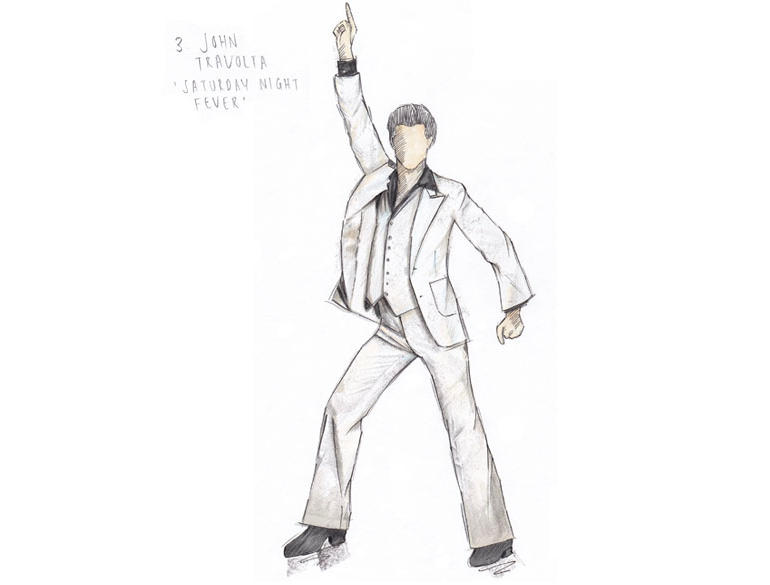 3. John Travolta’s Saturday Night Fever suit – $145,500
I always picture John Travolta in his white suit, and that iconic 3-piece white suit made legendary by the dancing star in the 1977 film Saturday Night Fever was bought in a charity auction for around $2000 by film critic Gene Siskel. After his passing, the suit went to auction and was sold to an anonymous bidder for $145,500. 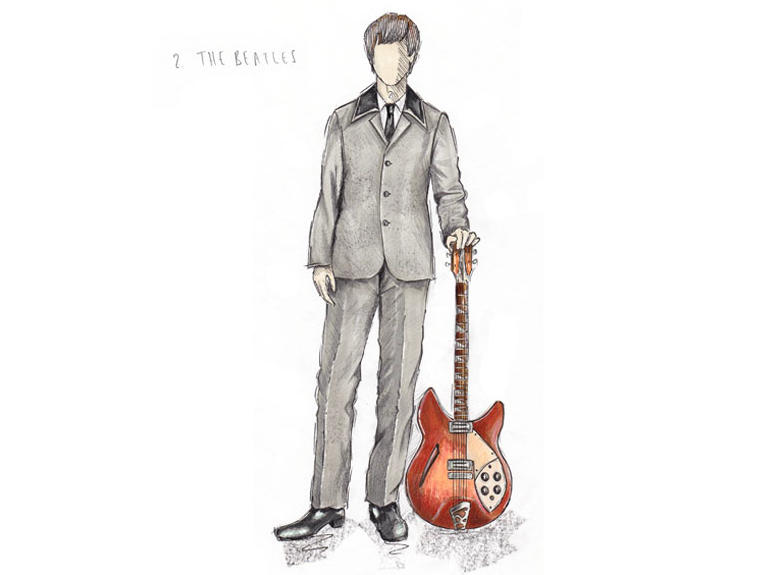 2. The Beatle’s – $150,000
The list would be incomplete without the Beatles featuring in it again! The number 2 spot is not one but all four Douglas Millings suits worn by each member of The Beatles during a pre-promotion of A Hard Days Night. The suits are grey in color and sport black velvet collars and blue lining, including the designer’s tag noting which Beatle wore which suit. 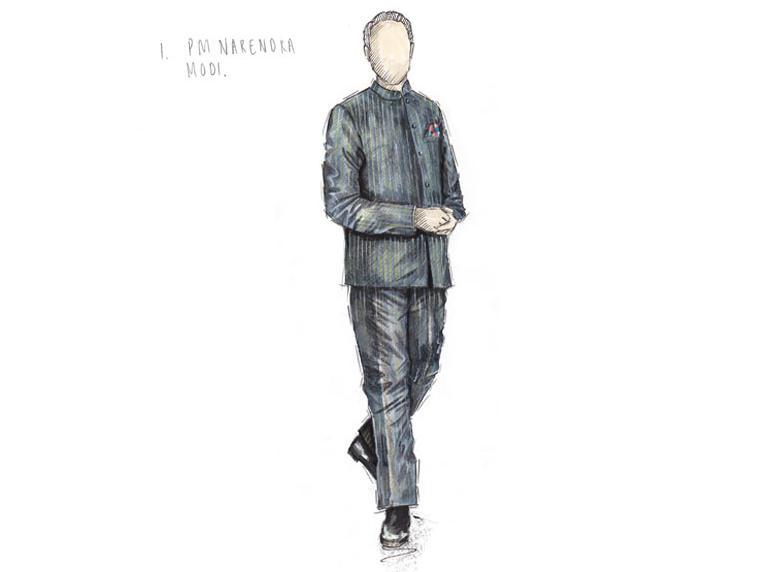 1. Indian Prime Minister, Narendra Damodardas Modi – $693,174
One of the most exemplary personalities in the world today, Indian Prime Minister Narendra Damodardas Modi, turns everything he touches into gold, including his suit that made it to the Guinness Book of World Records. The suit he wore at his meeting with former US President Barack Obama in 2015 sold for nearly $700,000 with an intricate pinstripe pattern that actually spells out his name. The suit was sold to a man from Surat, and the proceeds went to the Namaami Gange Trust fund, an initiative of the Modi cabinet.