It’s difficult to explain the hysteria and adulation of fans for the Beatles, one of the most influential acts in Twentieth Century popular music. To put it simply, even today, when two handwritten Beatles setlists from the group’s early days are being auctioned off, for a whopping $250,000 no less, a fan will pay with a smile on his face, what words won’t be able to accomplish, ‘Auctions’ will! Courtesy of Bonham’s auction house, two handwritten setlists, among only eight in existence, are officially going under the hammer. 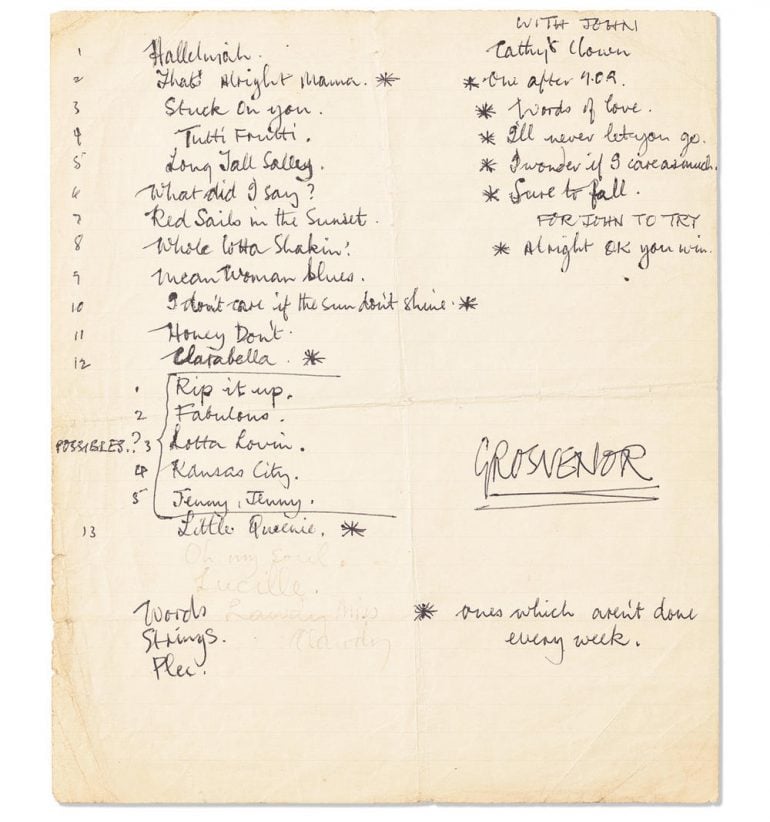 Both setlists are written by Paul McCartney and are from gigs the band played in 1960 and 1963. The first list is from the 1960 concert at Grosvenor Ballroom in Liscard, England. Paul McCartney jotted down a list of essentially covers, including Little Richard’s “Lucille,” “Long Tall Sally,” and “Tutti Frutti,” alongside Elvis Presley’s “I Don’t Care If The Sun Don’t Shine” and “Stuck On You.” 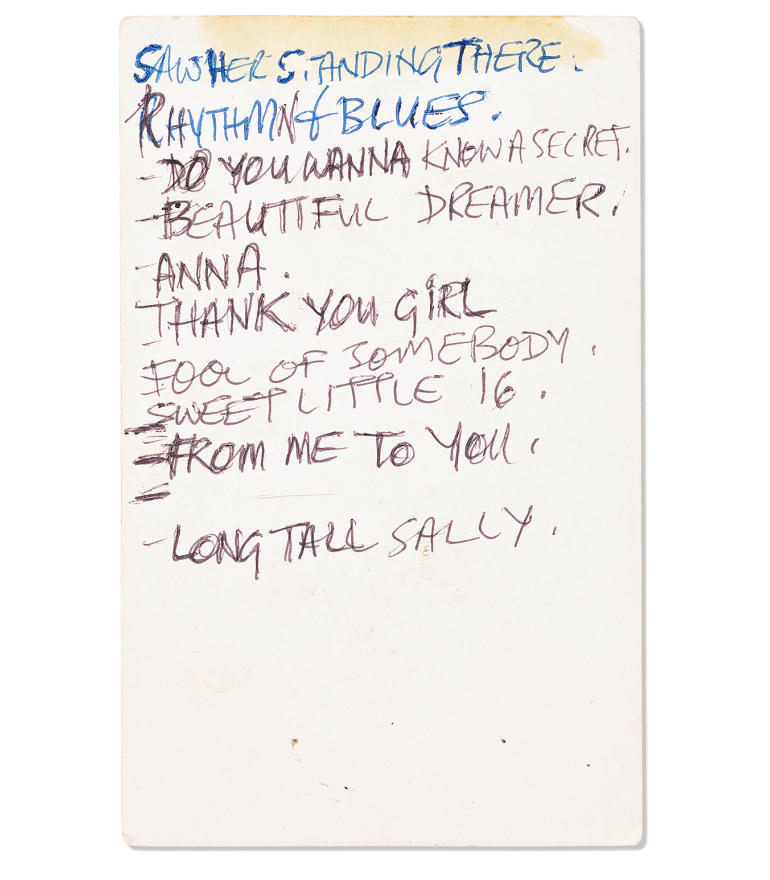 The second setlist comes from the April 17th, 1963, show at the Majestic Ballroom in Luton, England, which took place the year after drummer Sir Ringo Starr joined the classic lineup. Bonhams’ Senior Specialist of Music for their Popular Culture department, Howard Kramer, told Rolling Stone of the former setlist, “At this point, the Beatles were about to become a band in the truest sense. There are very few tangible, physical items directly used by the band that becomes available to the public. The Beatles are still the most collectible music group, and these two documents reveal their inner workings.”

Beatlemania continues to be unbeatable, and Beatles memorabilia sell like hotcakes. We did a round-up of some iconic objects belonging to the revered band, like John Lennon’s iconic round glasses to Epstein’s Cartier watch. You can check the complete list here.