All Earthlings have an unquenched thirst to learn more about the space we know exists but never have a chance to see or explore ourselves. Thanks to Christie’s annual ‘Deep Impact: Lunar and Rare Meteorites’ sale, we do get a chance to bring home some of the oldest objects in the world. At 4.5 billion years old, these works of extraterrestrial art are a third as old as time itself and dozens of such striking extraterrestrial specimens, including meteorites and samples from the moon, are part of a sale by the leading auction house. All of these unique offerings are laboriously analyzed by scientists of The Meteoritical Society and published in the Meteoritical Bulletin and are now part of the scientific record. We have listed below five objects from the one-of-a-kind, Christie’s ‘Deep Impact: Lunar and Rare Meteorites’ sale that truly stand out: 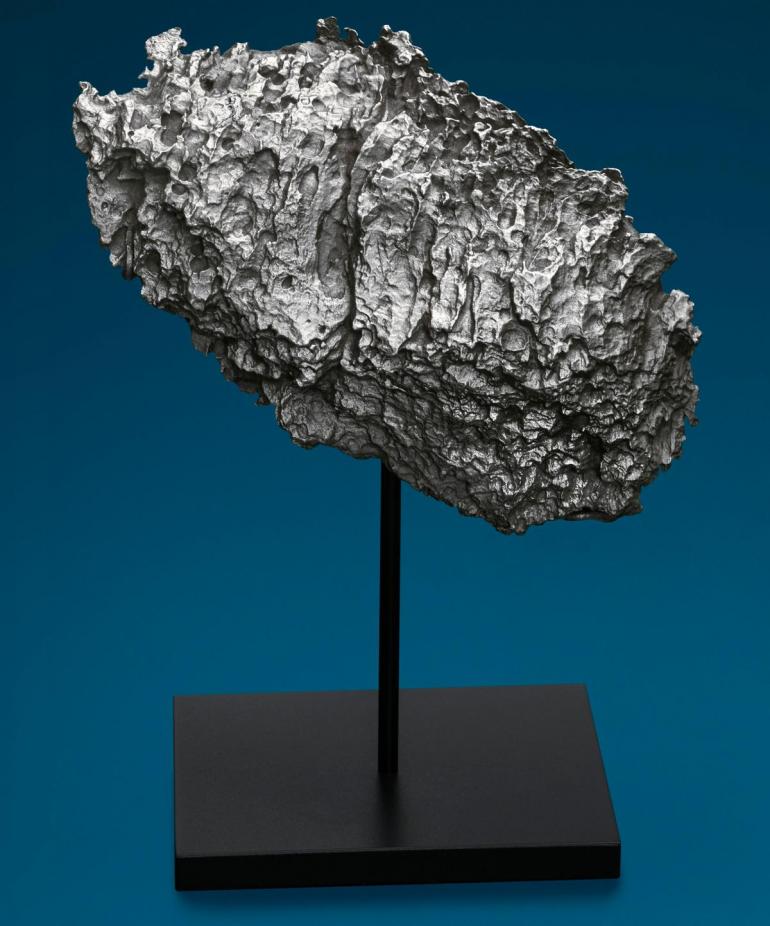 5. Dronino meteorite, Estimated price: $3,000–5,000
This meteorite is the result of a centuries-long interaction of the meteorite’s unique composition with Earth’s soil and groundwater. That lends it a crenelated surface texture that is seen throughout its ellipsoidal form. Dronino meteorite is termed a highly exotic meteorite after studying its terrestrial weathering which shows the meteorite made its descent to Earth more than a millennium ago. 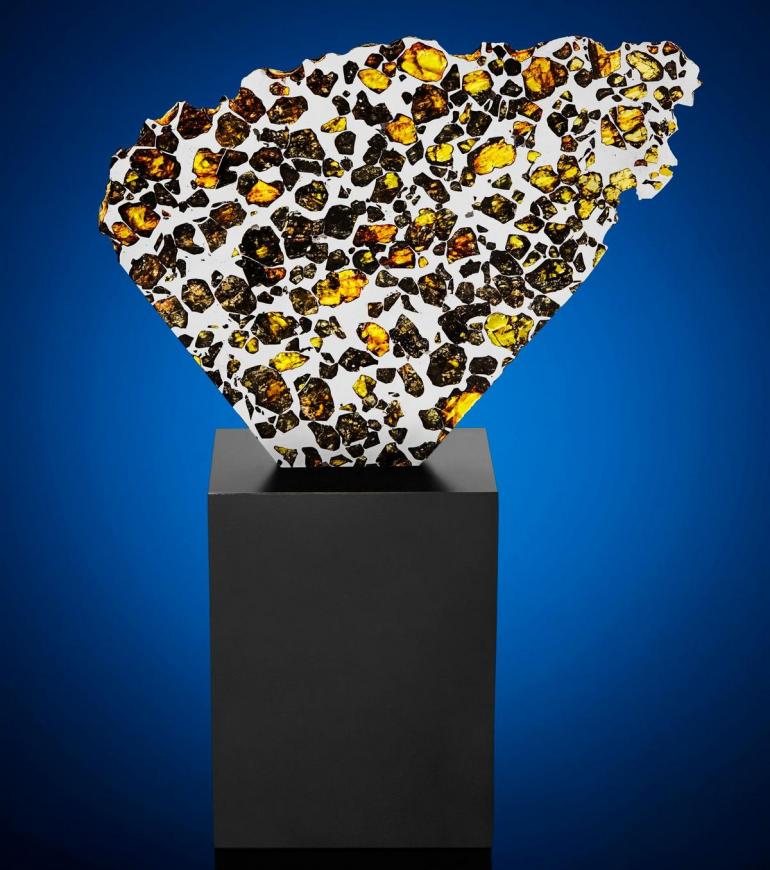 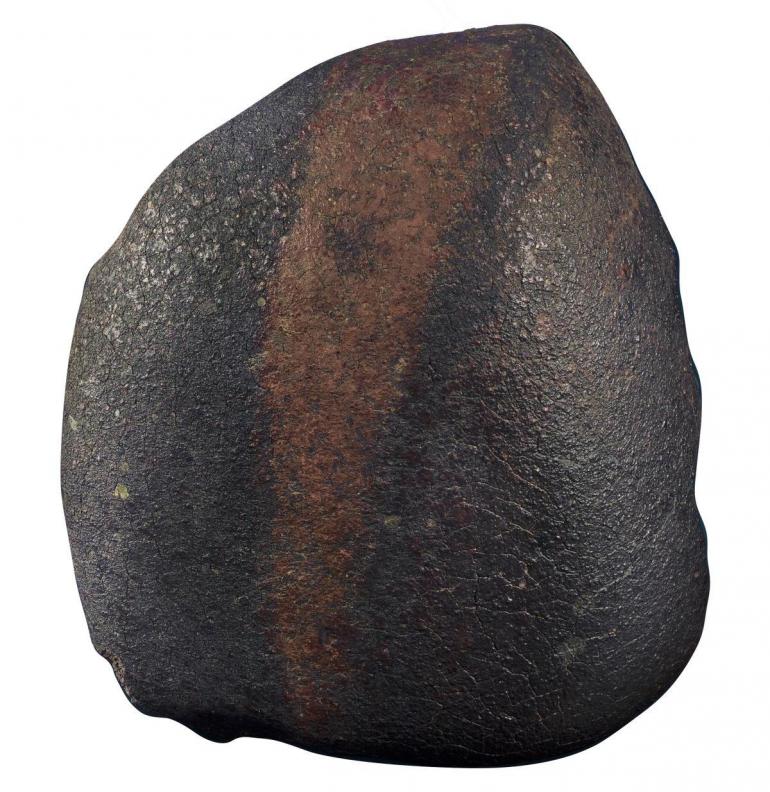 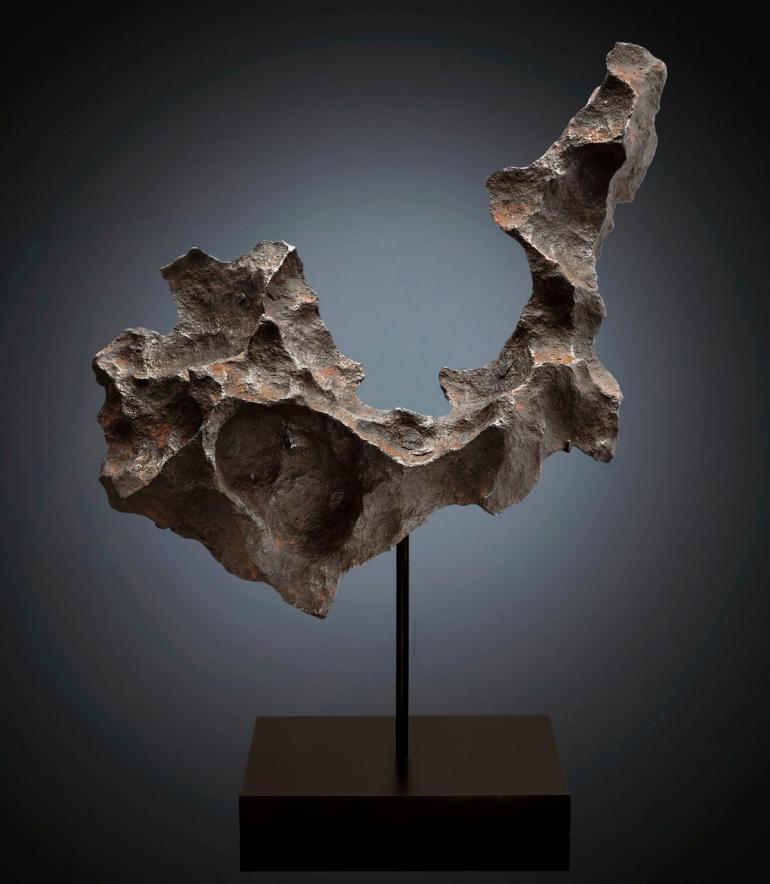 2. Gibeon meteorite, Estimated price: $50,000–80,000
This sickle-shaped meteorite was found in the Kalahari Desert with an origin from the Macovich Collection (the foremost collection of aesthetic iron meteorites in the world). Its exterior comprises of gun-metal colored patina with ochre accents. What sets this apart is how it gains its shape owing to forces, both extraterrestrial and terrestrial, as meteorites almost never look like this sculptural form. It originates from the asteroid belt. 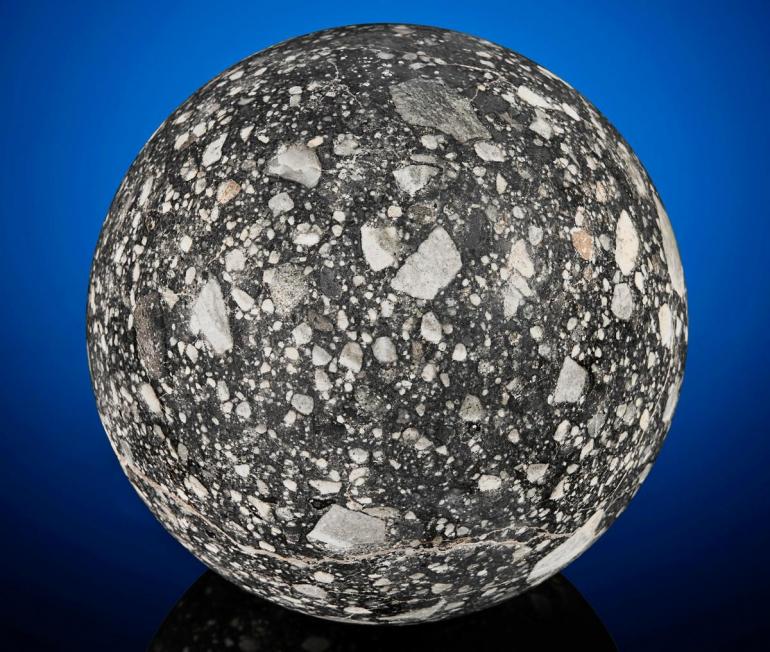 1. The largest lunar sphere, NWA 12691, Estimated price: $300,000 – $500,000
What you see is a captivating and largest lunar sphere on Earth which piques everyone’s interest as very interestingly, it is also the largest sample of the Moon in the shape of Moon. Fashioned from a Moon rock ejected from the lunar surface following an asteroid impact, this is the single largest lunar sphere known to exist. It is the next best thing to own other than the moon itself!