With Pablo Picasso’s Les Femmes d’Alger having sold for over $179 million earlier in the month, there is renewed speculation about the future of the art industry. With high profile artworks becoming a new form of investment for the wealthy millionaires and billionaires of the world, such sale will soon become routine. Here, we’ve rounded up some of the most expensive paintings in the world outlining a bit of their history, their value at the time of sale and their current value (adjusted for inflation). Not all of these are in the public eye anymore, some are locked away in private collections while the whereabouts of others are unheard of (thanks to ultra-secretive buyers), but wherever they are, you can be sure they are worth many times their weight in gold!

10. Three Studies of Lucian Freud – Francis Bacon
Sold for: $142.4m
Estimated current value: $145m
Christie’s sold this 1969 triptych of portraits by Francis Bacon, of fellow artist Lucian Freud for the astronomical sum of $142.4 million in 2013. The painting had an estimate of some $80 million, but it exceeded all expectations when it was snapped up by Elaine Wynn, a co-founder of the Wynn Casino Empire who was worth around $1.9 billion in 2013 according to Forbes. The triptych dethroned Edvard Munch’s “The Scream,” which had fetched close to $120 million at Sotheby’s the previous year. 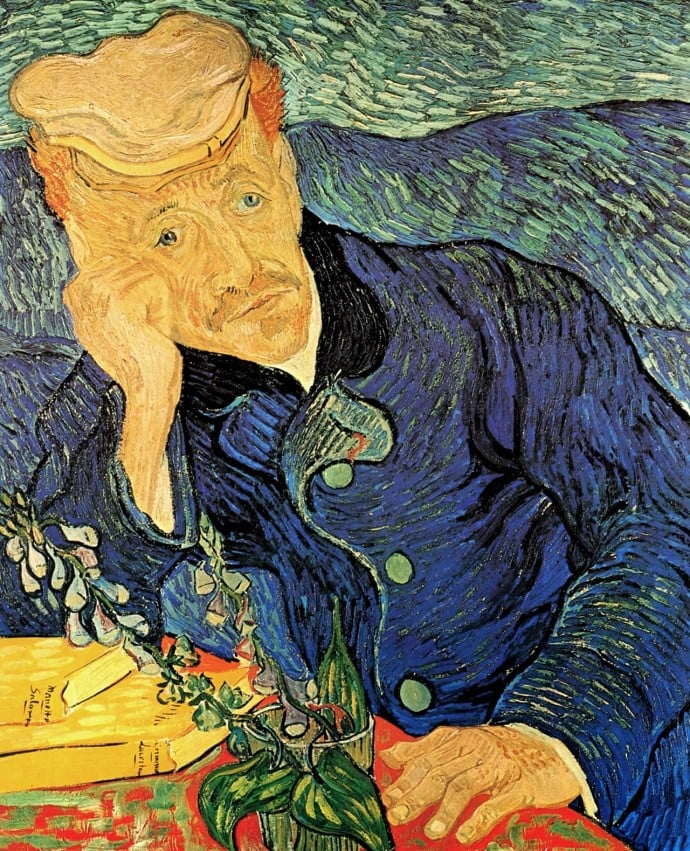 9. Portrait of Dr Gachet I – Vincent Van Gogh
Sold for: $82.5m
Estimated current value: $152m
This portrait of Dr. Gachet who cared for Van Gogh in his final months is the source of considerable intrigue and mystery. Ryoei Saito who purchased the painting for over $82 million way back in 1990 (you can imagine what an unimaginable sum this was at the time) had once announced that he wished for the paintings to be burned alongside his body at his funeral. However, the millionaire died in great debt and since then the painting supposedly went missing with only a few stray mentions of it and its (probable) subsequent owners cropping up once in a while. The last known owner is believed to be Wolfgang Flöttl. 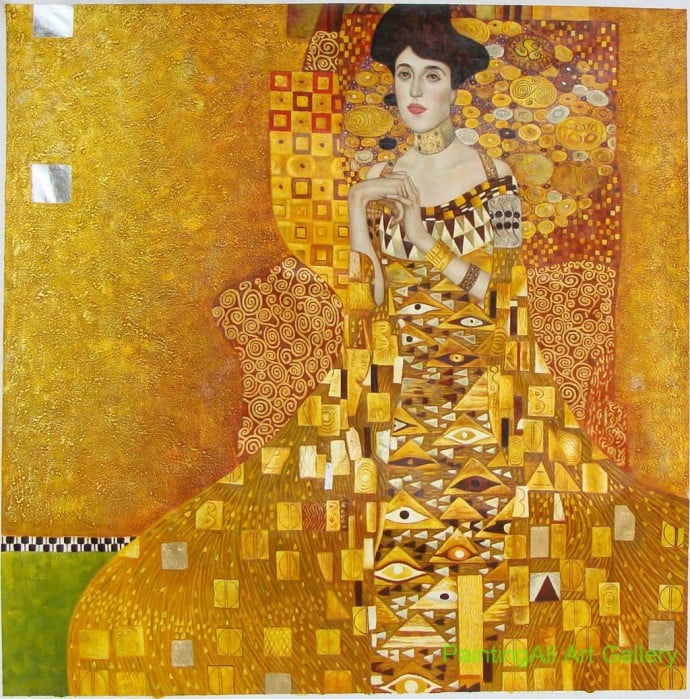 8. Portrait of Adele Block-Bauer I – by Gustav Klimt
Sold for: $135 million
Estimated current value: $158.4m
This gorgeous portrait of Adele was commissioned by her husband Ferdinand Bloch-Bauer who was a wealthy businessman at the time and a patron of Klimt. Adele was the only woman who was painted twice by Klimt. During the annexation of Austria, the painting was seized by Nazis and only in 2006 did Maria Altmann (the niece of Adele Bloch-Bauer) finally obtain the paintings. In June of the same year the painting was purchased for $135 million by Ronald Lauder for the Neue Galerie in NYC.

7. Le Rêve – Pablo Picasso
Sold for: $155 million
Estimated current value: $158.5
In 2006, Steven Cohen had already planned to purchase this Picasso work from then owner Steve Wynn for the sum of $139 million. Unfortunately, Wynn, whose eyesight had deteriorated (due to retinitis pigmentosa) accidentally damaged the painting by putting his elbow through it. Cohen finally bought the painting in 2013 for $155 million after it had been repaired. The painting features Marie-Thérèse Walter who was Picasso’s supposed mistress and the subject of many of his paintings. 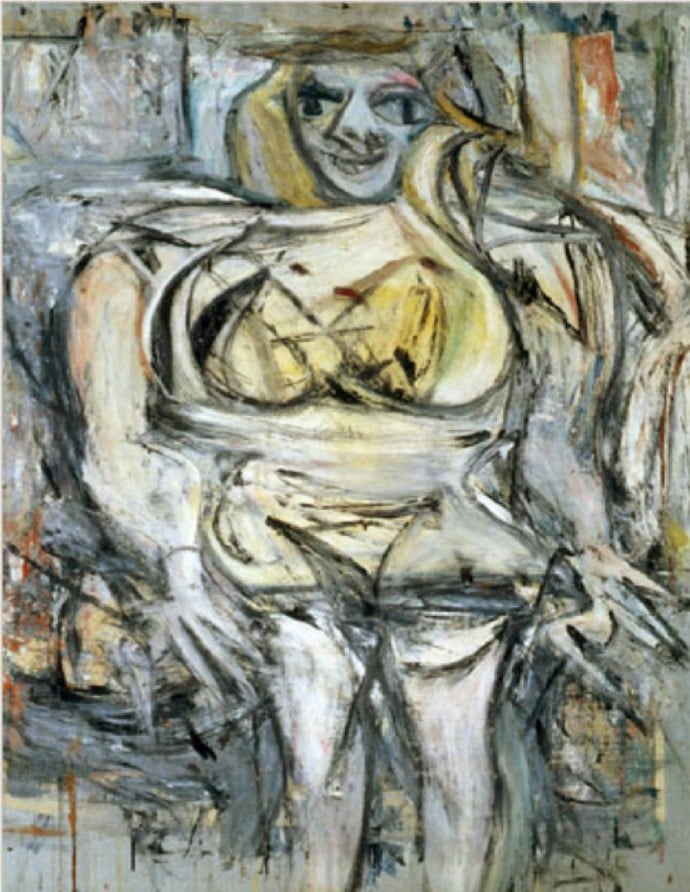 6. Woman III – Willem De Kooning
Sold for: $137.5 million
Estimated current value: $162.4m
De Kooning was an abstract expressionist who painted a six piece series (with a woman as the central theme) between 1951 and 1953. To that series belongs Woman III which was sold by David Geffen to billionaire Steven A. Cohen for $137.5 million in November 2006. The painting was once part of the Tehran Museum of Contemporary Art collection, but it could not be shown after the 1979 revolution as the government implemented strict rules on the visual arts and what could be depicted. 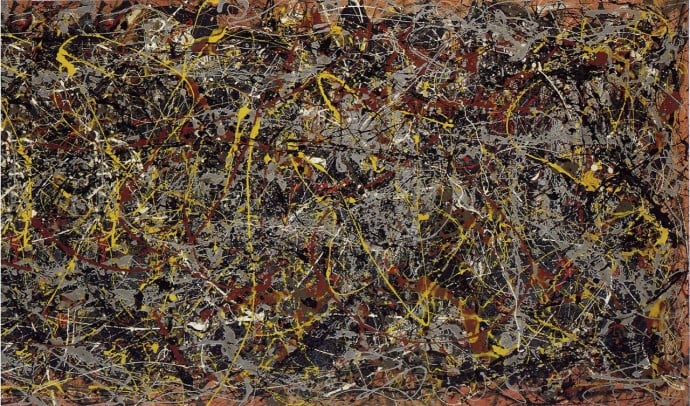 5. No.5, 1948 – Jackson Pollock
Sold for: $140m
Estimated current value: $165.4m
In 2006, this drip painting was believed to have been sold by David Geffen through a private deal brokered by Sotheby’s to the Mexican Financier David Martinez. Since the dealings between private collectors are tightly controlled, it is not a surprise that concrete details of this sale never emerged for public knowledge. Later on Martinez’s legal team supposedly issued a statement announcing that their client does not own the painting thus making its current ownership an even bigger secret. 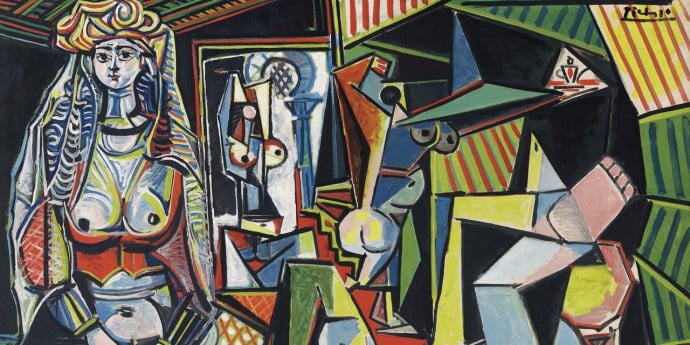 4. Les Femmes d’Alger (Version O) – Pablo Picasso
Sold for: $179.4m
Estimated current value: as above
The current record holder for the most expensive painting ever sold at auction is also the most recent sale on this list. The work is one in a 15 piece series painted between 1954 and 1955. While the identity of the buyer was not revealed at the time of the sale, recent reports suggest that billionaire and former Qatari prime minister, Sheikh Hamad bin Jassim bin Jaber Al Thani might be the proud new owner of the painting. The wealthy sheikh who supposedly owns pricey homes in London and New York has been dubbed the “man who bought London.” 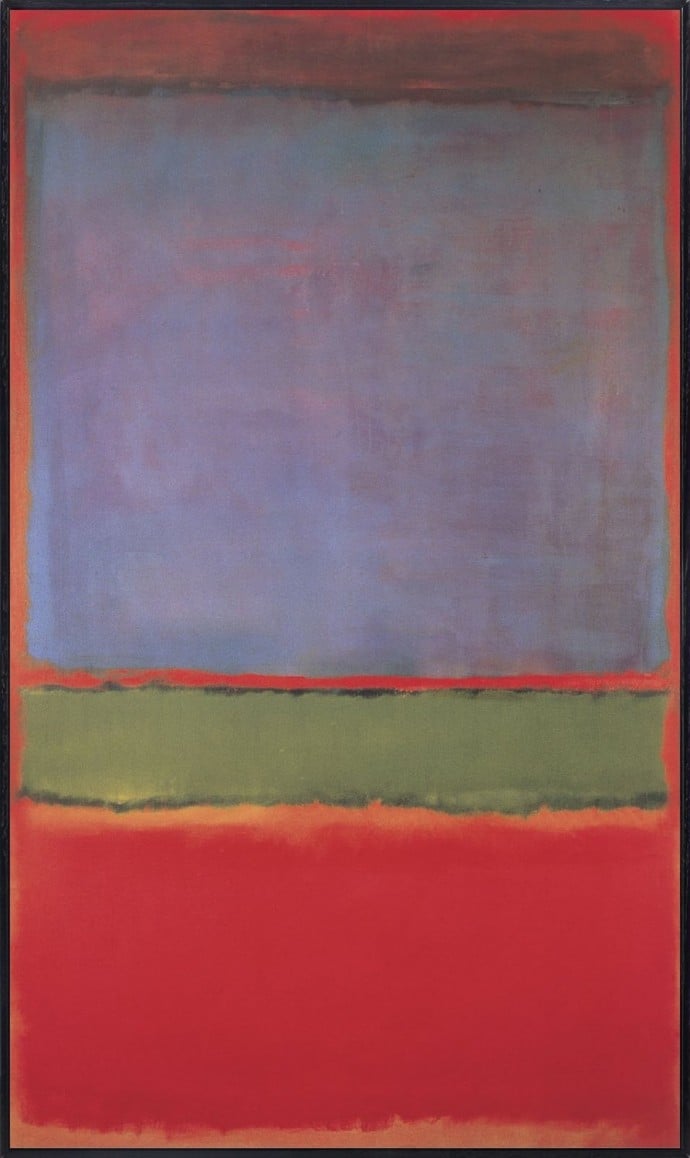 3. No.6 (Violet, Green and Red) – Mark Rothko
Sold for: $186m
Estimated current value: as above
In 2014 Russian billionaire Dmitry Rybolovlev bought the No.6 (Violet, Green and Red) for the sum of $186 million, creating the record for the highest amount ever paid for a work by an American painter. The painting was procured for him by Yves Bouvier whom Rybolovlev considered to be his broker (though this was an oral agreement, never outlined on paper). Rybolovlev later realized that he was being charged much higher amounts by Bouvier than the sum received by the owner. In fact, Bouvier himself stated that he bought No. 6 from Cherise Moueix though an intermediary for $80 million plus a commission. The painting is now at the heart of a legal dispute between Rybolovlev and Bouvier.

2. The Card Players – Paul Cézanne
Sold for: $250m
Estimated current value: $274m
Cézanne’s depiction of a gardener and a farm hand from his family’s estate outside Aix-en-Provence, playing a game of cards was snapped up by Oil rich Qatar in 2011, but details of the sale only surfaced in 2012. As the exact price paid was not made public, the upper limit for what the Royal Family of Qatar could have paid for this painting are in the vicinity of $300 million. Ever since this sale, Qatar has been the one to watch for extravagant art purchases. 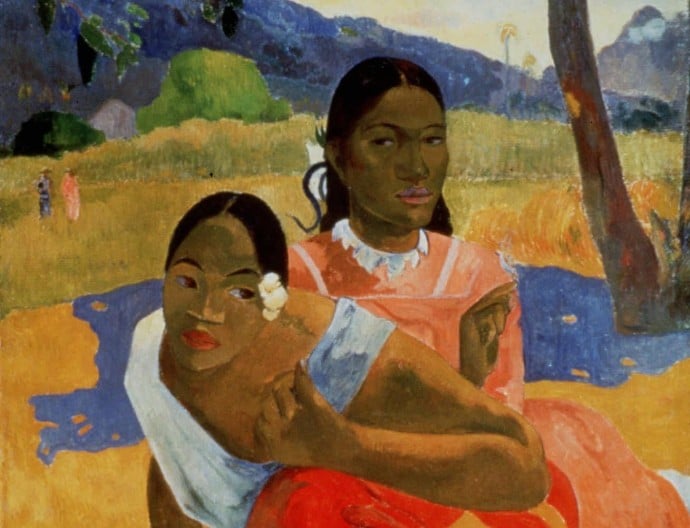 1. Nafea Faa Ipoipo (When Will You Marry?) – Paul Gauguin
Sold for: $300m
Estimated current value: as above
Once again, Qatar made a big splash in the art world by shelling out some $300 million for Gauguin’s brightly colored painting of two Tahitian girls titled When Will You Marry? Just like in the case of the Card Players, the amount is unconfirmed, however as the richest country in the world, if anyone could afford this heavy price, it would certainly be Qatar. Rudolf Staechelin who was the previous owner of the multi-million dollar work of art refused to comment on both the price and the buyer’s identity.