Last week we reported that Picasso’s Women of Algiers painting was expected to set a new auction record at $140 million. The results of the Christie’s Auction however have exceeded all expectations as the Picasso painting has sold for a bank busting sum of $161 million. This amount is further racked up by a 12% commission bringing the final price of the painting to over $179 million. Women of Algiers then is miles ahead of Francis Bacon’s Three Studies of Lucian Freud which previously held the world record for most expensive painting after selling for over $142 million in 2013.

It is amazing to some people that paintings can cost this much money, but experts say that the art world has been gearing up for this moment for a while. Art is increasingly being viewed as a financial asset and wealthy collectors and investors are seizing the opportunities as they come. In fact, though this was an incredibly important and historic auction for the art world, it might just be the tip of the iceberg. “For anybody that wants to have a major Picasso, this is it – and $179m in 10 years’ time will probably look inexpensive,” said Philip Hoffman, founder and CEO of the Fine Art Fund Group. 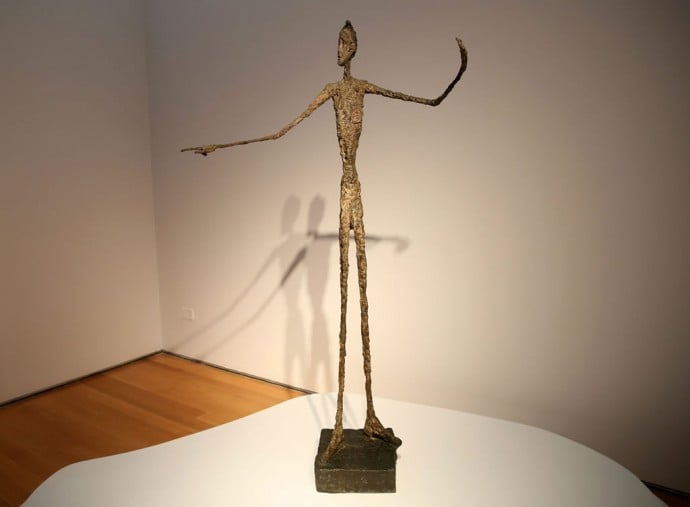 Alberto Giacometti’s Pointing Man also exceeded expectations; it is now the most expensive sculpture sold at auction, after selling for over $141 million which is 10 million more than the estimates.

Tags from the story
Most-Expensive, Picasso