Had he been accepted as a painter or an artist, the world would have been pleasantly populous with people who didn’t die in burning trains and gas chambers. Being rejected by the Vienna Academy of Fine Arts twice for failing his entrance examinations must have played major havoc in Adolf Hitler’s head that he used violence and torture as means of relief. He should be gloating in his grave though, because posthumously Hitler seems to be doing quite well as a painter and sweeping a lot more bucks than he would have as an established artist during his times. 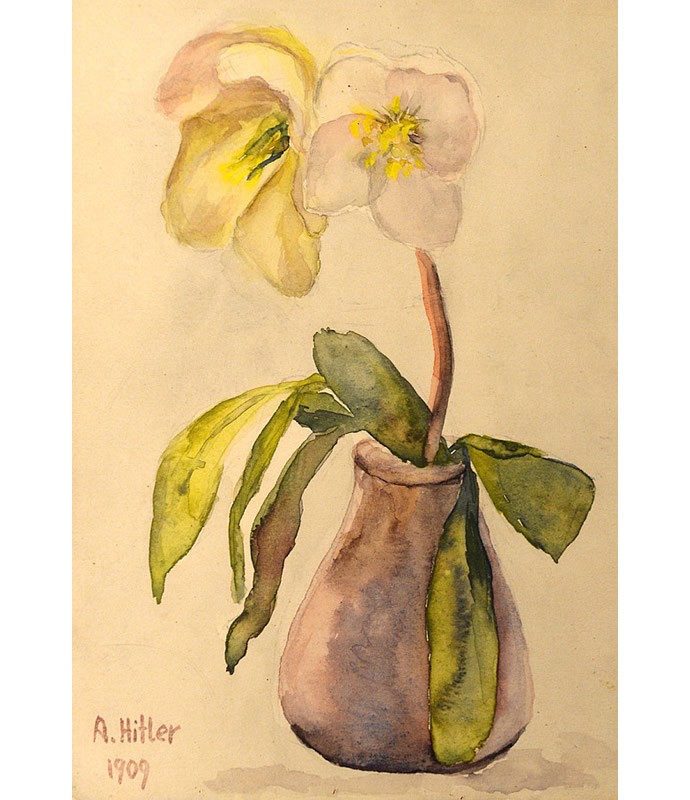 Fourteen of his water color paintings are put up for auction by the Weidler Auction house in Nuremberg, Germany, expected to raise $45,450. It begins tomorrow, ending on June 20,2015, and includes a Neuschwanstein Castle in Bavaria which alone is expected to fetch $51,120. The collection will also contain buildings in Vienna and Prague, still life of carnations and a nude drawing. 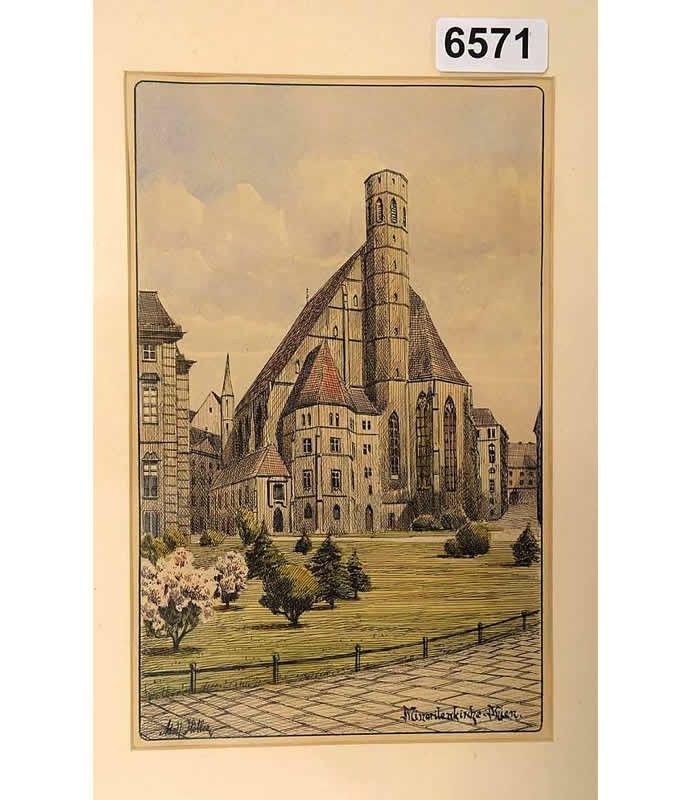 His paintings have been sold for high prices in the past, quoted at $15,000 and $161,000. Most of the buyers prefer to remain anonymous though (reasons we can only guess). A lot of his items have been put up for sale over the years and many buyers have proudly added them to their personal collections. Good or evil, painter or murderer so long as it has a rusting stamp of history, there will be an eccentric collector to grab a dated ‘treasure’. Auctioneers are always skeptical on such sales but with a lot of regulations, they manage to be rid of these collectibles. In Germany it is illegal to sell paintings that may have swastikas or other Nazi symbols.