Comic book fans- here’s news that you just can’t miss! Amazing Fantasy #15 — which features the first-ever appearance of Spider-Man, has recently been sold for a mind-boggling price of $3.6 million in a new auction. Yes, that’s right! 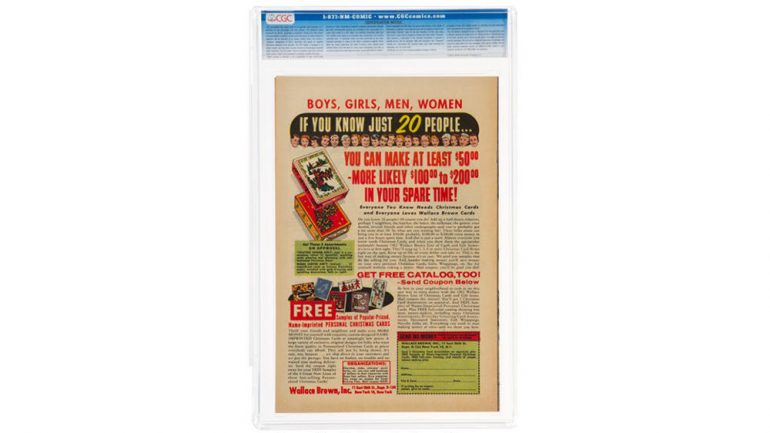 Offered as part of Heritage Auction’s Signature Comics & Comic Art sale, the sale value easily outnumbered the previous record of $3.6 million, which was set by a copy of Superman’s debut, Action Comics no. 1, earlier this year.

The iconic comic is graded CGC 9.6 and is one of only four copies known to exist in the near-perfect condition. There happen to be no copies in CGC 9.8, which is the next grade above. Commenting on the sale, Heritage Auctions Vice President Lon Allen, in a statement, said, “What better book to break the record than the debut of Marvel’s most beloved character, Spider-Man?”

He further added, “Amazing Fantasy No. 15 is the Action Comics No. 1 or Detective Comics No. 27 of the next generation. I’m honored to have been a part of the most important comic book sale to date. In my 20 years at Heritage, to bring the most expensive book to market has been the pinnacle of my career.”

Written by Stan Lee and Steve Ditko, Amazing Fantasy #15 features a story about Peter Parker, a teenage boy who gains superpowers after being bitten by a radiated spider. He, however, fails to equip them to stop a robbery, resulting in the death of his Uncle Ben. Aghast by the incident, Parker decided to use his powers for good and become Spider-Man.

The original issue proved to be hit with viewers, with the character get his own title, the Amazing Spider-Man, in March 1963, which was later developed in several ways under the cinematic lens. As for the recently sold copy, lucky is the one who now comic treasure!

Tags from the story
Comics, Most-Expensive