Sotheby’s has announced that an ultra-rare Rolex Reference 6241 Paul Newman Daytona ‘John Player Special’ will be up for grabs as a part of its Important Watches auction scheduled for June 15 in New York. The auction house revealed the extremely well-preserved Rolex at a public exhibition in Dubai ahead of the auction. Sotheby’s said that the watch has remained with the same family since it was acquired 50 years back and it’s the first time the Rolex has been put up for sale, making this example even more desirable amongst collectors.

It is believed that Rolex made around 3,000 examples of the Ref 6241 between the end of the 1960s and the beginning of the 1970s. However, only a tiny fraction of them were made in this specific configuration, making the Paul Newman Daytona ‘John Player Special’ one of the rarest Rolex watches. Rarely one of the examples known to exits turn up at auction. The last time Sotheby’s sold a Paul Newman Daytona ‘John Player Special’, it ended up selling for close to $1.6 million. The one that’s will go under the hammer has been given a pre-sale estimate of $600,000-$1.2 million. We won’t be surprised if it sells for a lot more.

What makes the Paul Newman Daytona ‘John Player Special’ so desirable is its unique dial layout and finish. The watch earned its nickname ‘John Player Special’ thanks to its black and gold contrasted Paul Newman dial that matched the look of the iconic livery of the Lotus Formula 1 painted in black with the gold JPS logo. The dial beautifully contrasts with the gold case, giving the timepiece a very eye-catching look. Along with the ultra-rare Rolex, the June auction will also include an F.P. Journe Chronometre, a Vacheron Constantin Ref 80251, and a Richard Mille Ref RM005. 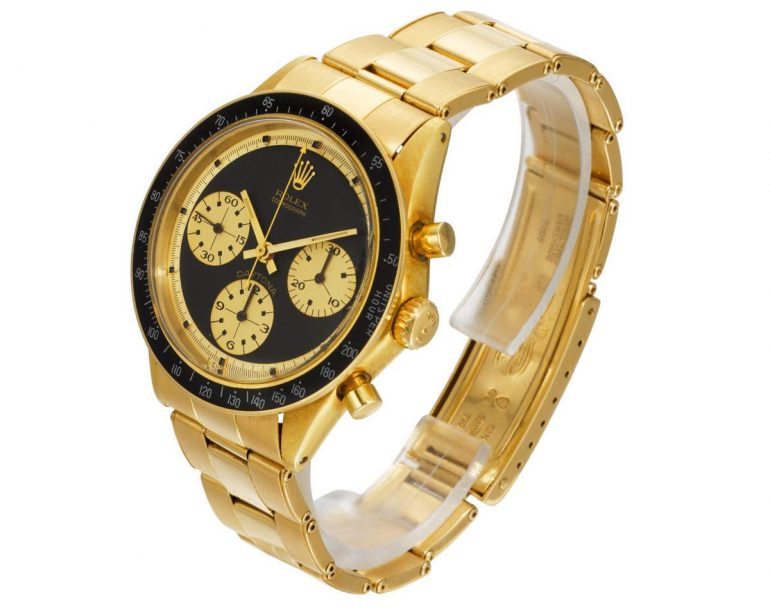 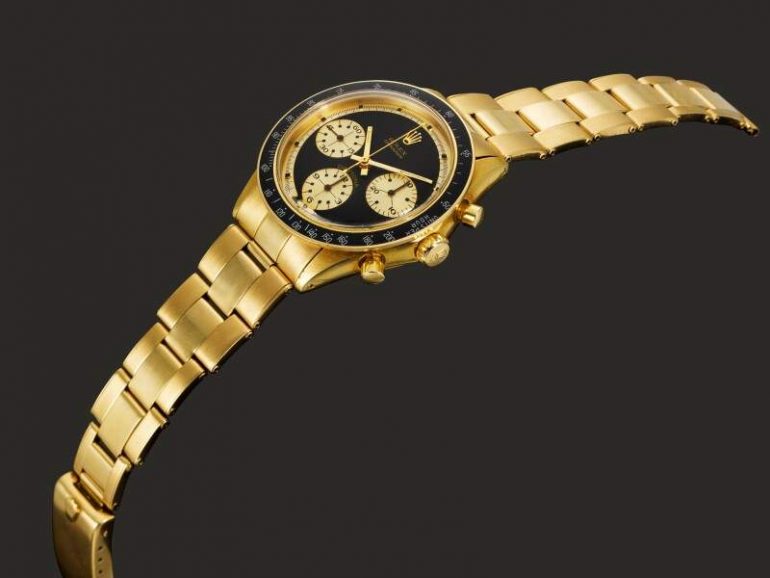 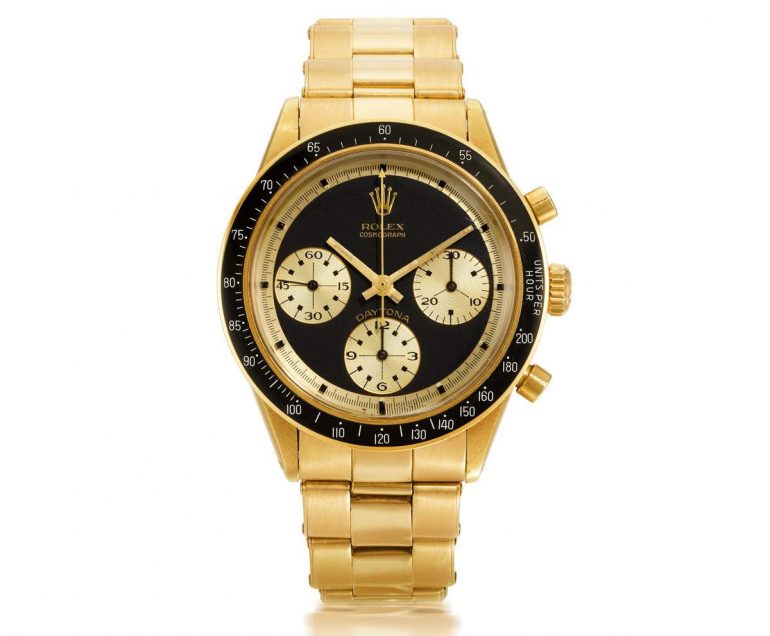