The newest NFT (non-fungible token) to break the internet is quite literally the original code written for the World Wide Web, basically the internet as we use it today. The NFT representing the source code to the web sold for a whopping $5.4 million in a Sotheby’s online auction. The digital asset sold in the auction was designed by British computer scientist Sir Tim Berners-Lee – the same guy who invented the web 32 years ago. While working at CERN, the European particle physics laboratory in Geneva, Berners-Lee drew up a proposal for creating a global hypertext document system that would use the Internet and connect all the computers in the lab to communicate with one another. That how the World Wide Web originated. 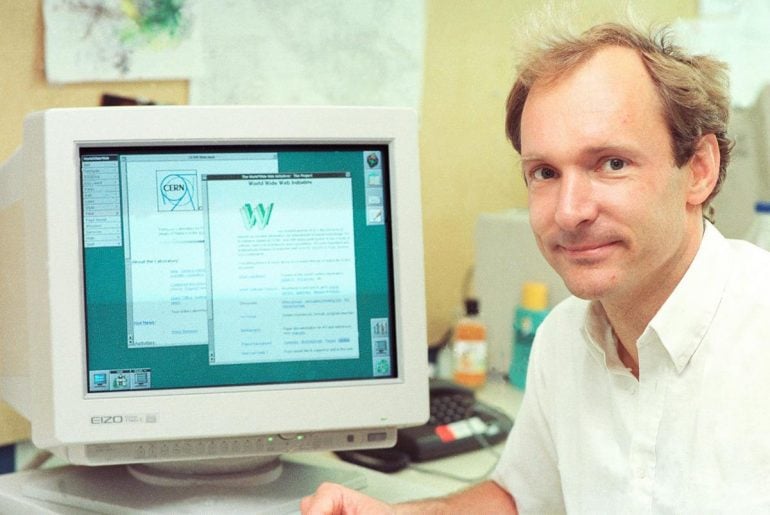 The English scientist refused to patent his invention, and even CERN relinquished all its rights to the technology in 1993, which is largely why the internet has remained free and fair. But, just in case you think that the web will not be free anymore with the sale of the original code, Berners-Lee pointed out that the web is just as free and just as open as it always was. In an interview with the Guardian, he said: “I’m selling a picture that I made, with a Python program that I wrote myself, of what the source code would look like if it was stuck on the wall and signed by me.”

The NFT sold at the auction includes original time-stamped files containing the source code written by Berners-Lee, animated visualization of the code, a letter written by Berners-Lee on the code and its creation, and a digital “poster” of the full code – all digitally signed by the Berners-Lee. “NFTs, be they artworks or a digital artifact like this, are the latest playful creations in this realm and the most appropriate means of ownership that exists,” said Berners-Lee in a statement. “They are the ideal way to package the origins behind the web.”

The Sotheby’s auction titled “This Changed Everything” started on June 23 with an opening bid of $1000. In the last 15 minutes of the auction, there was a flurry of bids quickly escalating the price to $3.5 million (excluding the auction fee and other charges). The proceeds will go to different charities chosen by Sir Tim and his wife, Sotheby’s said. The NFT for the web source code ended up surpassing the final sale price of Twitter founder Jack Dorsey’s first tweet that sold for $2.9 million.

Tags from the story
NFT