In catering to one of the biggest fantasies of art connoisseurs, Sotheby’s is all set to sell a 15th-century portrait by Renaissance artist – Sandro Botticelli at its upcoming Old Masters evening sale in New York. Titled ‘Man of Sorrows’ (ca. 1500), the piece is expected to fetch anywhere close to a whopping $40 million. Yes, that’s right! 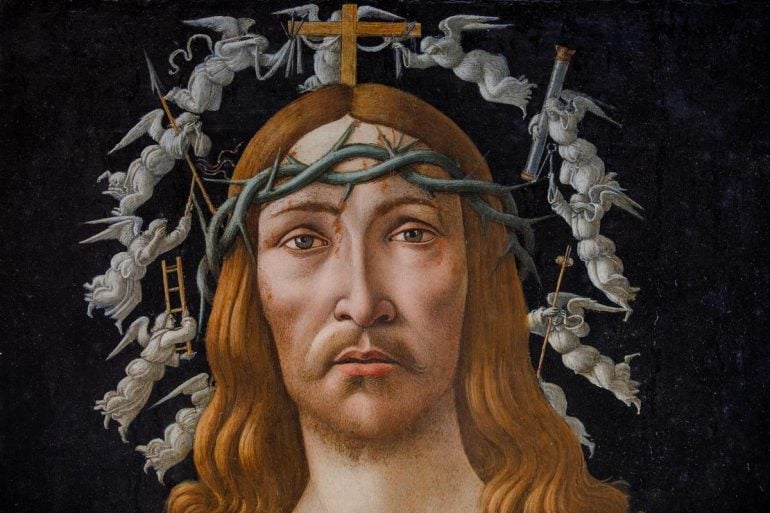 Touted as a “remarkably realistic portrayal of Christ symbolizing his suffering and death, the artwork features a bust-length portrait of a thorn-crowned Christ, whose head is ringed by flying angels that form a halo. As per reports, only three known late-period portraits by Botticelli exist to date, making this one extremely rare within the Renaissance artist’s composition. 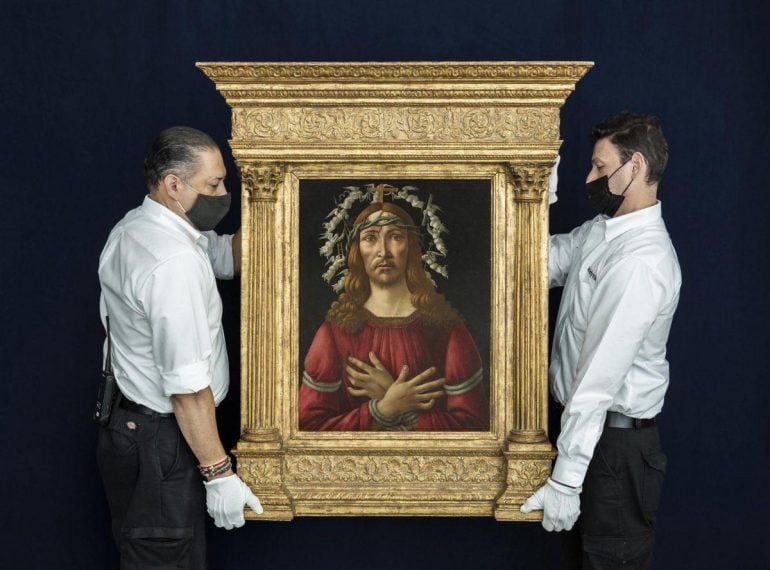 Commenting on it, Christopher Apostle, head of Sotheby’s Old Master Paintings department in New York, said, “During the final decade of his life, Botticelli’s output was markedly different from his earlier career, which is often characterized as the epitome of Renaissance ideals of humanism and beauty… This is a picture that has a psychological potency to it, and it’s about humanity. This is a full-on, in-your-face depiction of mortality and spirituality. The toughness of the image would appeal to someone who is not necessarily an Old Master collector.” 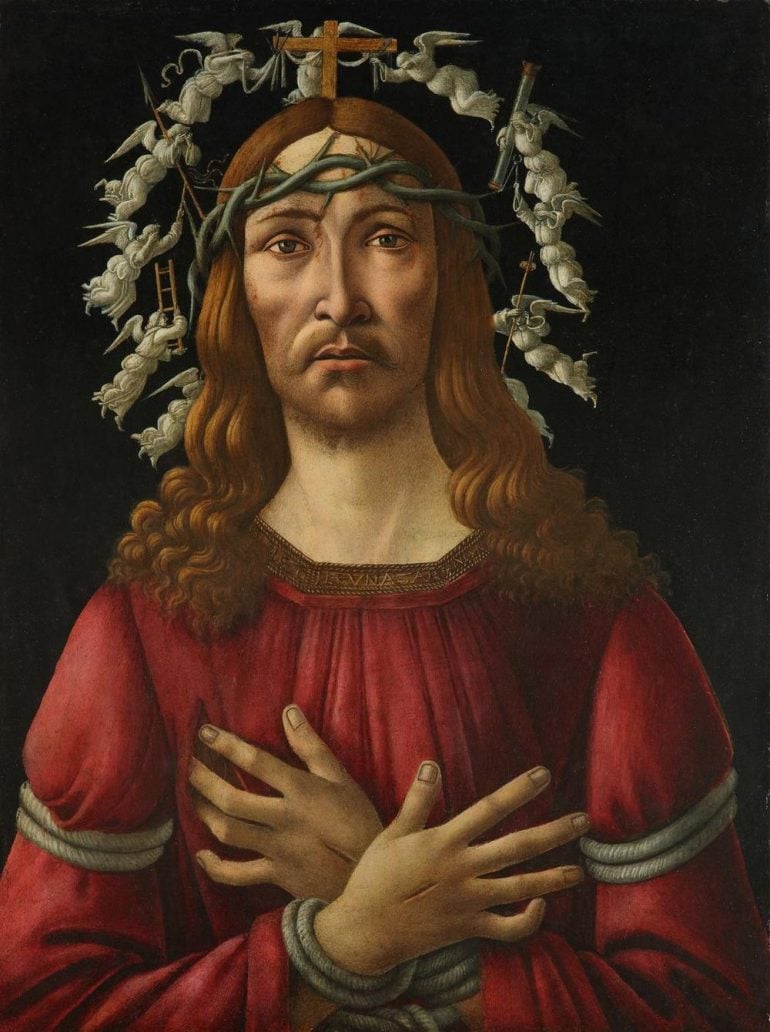 He further added, “This is a crossover picture, and it could appeal to a contemporary collector. I see a strong, stark, in-your-face image, which seems to be where we get people coming into the market, especially a big name like Botticelli, that they all know and all love.”

The painting comes from the collection of an American gentleman and is expected to fetch the second-highest price achieved for the artist at auction. Experts say it has not changed hands since it appeared on sale in 1963 and has been exhibited publicly only once in recent times, at a special exhibition at the Städel Museum in Frankfurt in 2009.

Botticelli’s ‘Man of Sorrows’ will be unveiled to the public at Sotheby’s Hong Kong outpost from October 7-11, 2021. It will also tour the auction house’s locations in Los Angeles, London, and Dubai before being auctioned at the Old Masters evening sale in January 2022.

[Via: The Art News Paper]