Of all things, Adolf Hitler’s toilet keys are all set to go on sale! Said to be recovered from the Nazi leader’s personal toilet in the Reich Chancellery, the keys bear a metal tag with the Nazi eagle and swastika and is stamped ‘Reichskanzlei’ (Reich Chancellery). 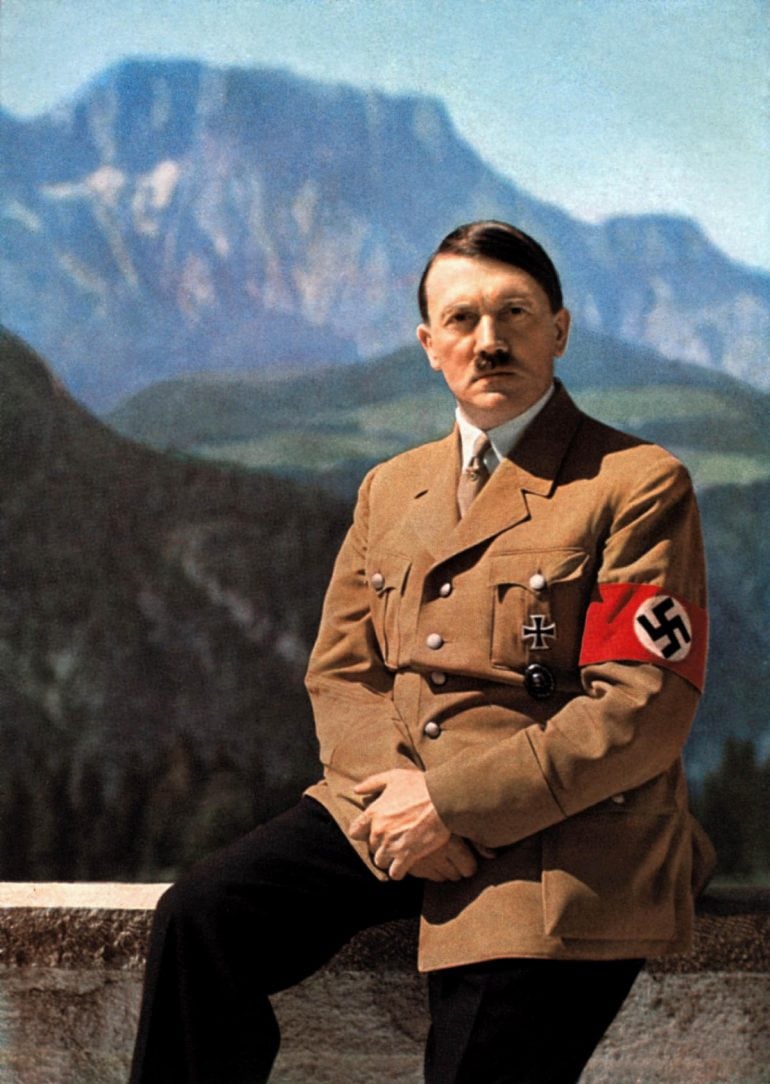 Found in Hitler’s drawer in his desk by a British airman after Berlin was liberated in 1945, the collectible is one of its only kind to be saved since the end of World War Two. It was bought by a private collector (The late Reg Palmer, who owned a small museum near Charing Cross in London in the 1980s and ’90s) ten years ago. 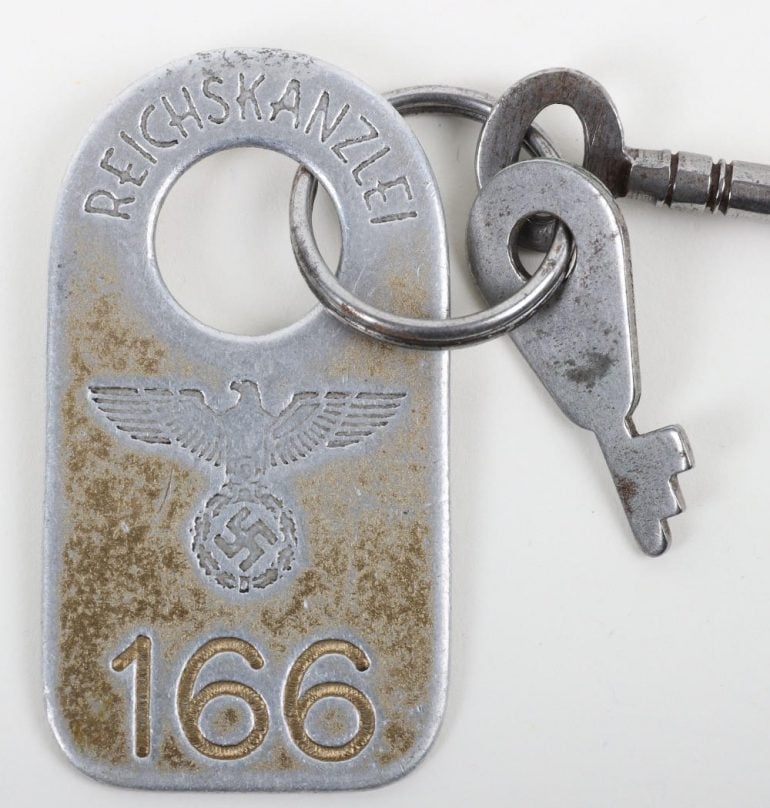 Commenting on it, Matthew Tredwen of C&T Auctions (in Ashford, Kent) in a statement, said: ‘[It] is engraved ‘Herren’ which means ‘men’ so it seems likely it was for a male-only area. Hitler would have had his own private toilet and changing facilities, so it’s possible this was for that purpose.’ 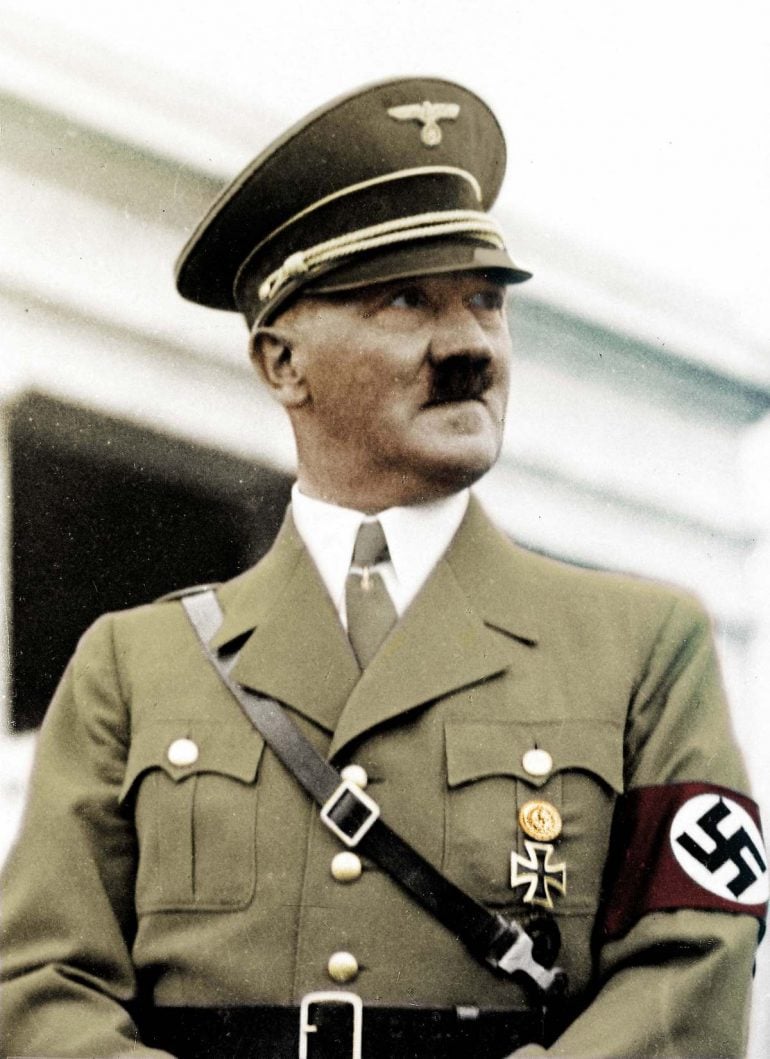 In a letter accompanying the key, the seller states, ‘Reichskanzlei Toilet keys metal tab taken by me from a drawer of Adolf Hitler’s own desk. A.a. Williams Flight-Lieut R.A.F July 1945.’ It is expected to sell anywhere upwards of $425 on May 26. Would you fancy buying it? 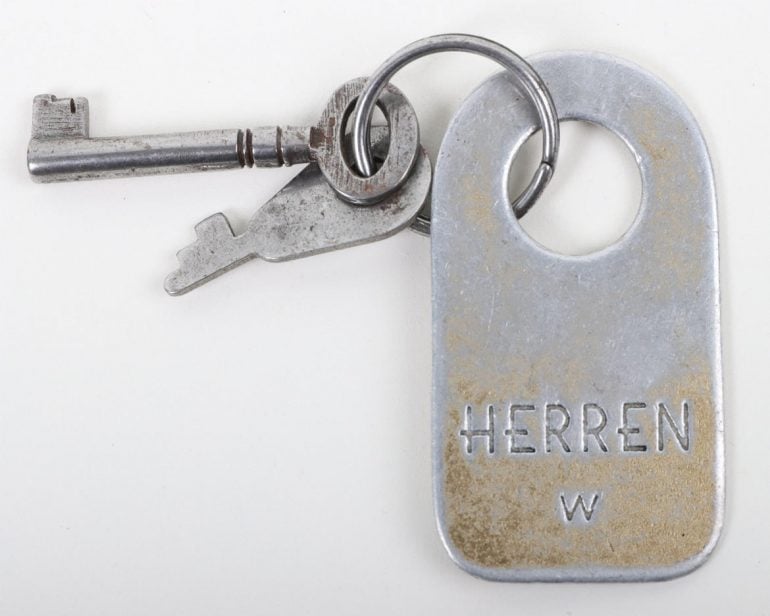 [Via: The Scottish Sun]

Tags from the story
Adolf-Hitler, Toilet