Are you still gleaming about the luxury handbag you bought last week? Well, someone bought the world’s largest Triceratops for $7.7 million. Amazingly, geologists are still discovering dinosaur fossils, and this one is a 66-million-old skeleton affectionately nicknamed Big John. The very dated specimen made an appearance at the Drouot auction house in Paris, where it was estimated to sell for approximately $1.8 million. It took nearly a decade to bring the Triceratops together as geologist Walter W. Stein Bill first unearthed Big John’s bones in May 2014 in the Hell Creek Formation in South Dakota. 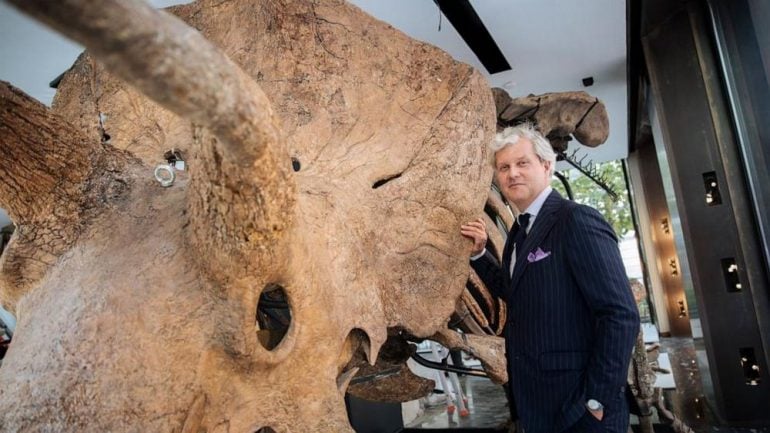 Over the years, 60 percent of Big John’s skeleton has been found, making it nearly whole. The geologists have painstakingly discovered more than 200 of the dinosaur’s bones. Triceratops is armored with three fierce horns, of which one sits on its snout like a Rhino. Big john’s horns are each 3.6 feet long and almost 12 inches wide. Its skeleton is nearly 23 feet long and stands a whopping 8 feet high at the hips. The skull alone measures 8.6 feet long and 6.6 feet wide. 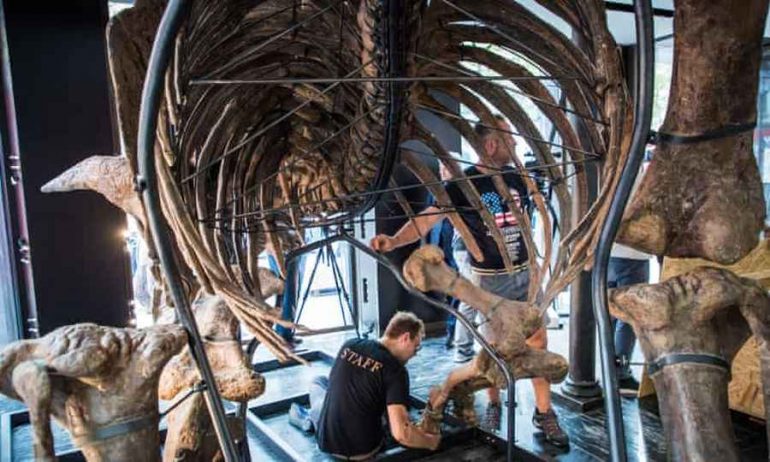 Drouot auction house has revealed some fascinating details about the dinosaur such as, a laceration on Big John’s collar, which is proof of combat with another dinosaur that left him wounded. Even facts like where he lived- Laramidia, an island continent that stretched from Alaska to Mexico was the herbivores home; and that Big John died in a floodplain, which is why he was found in the mud where he remained preserved. This Thursday, the world’s most enormous triceratops skeleton was sold for $7.7 million to a private collector who wants his identity kept under wraps. 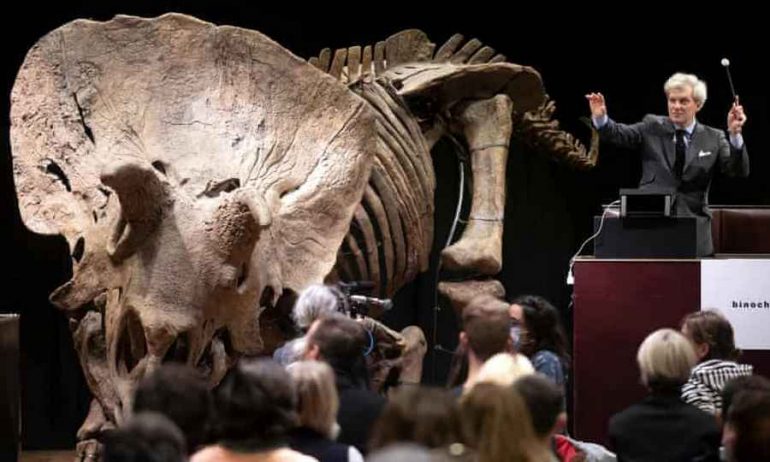 Alexandre Giquello of Drouot auction house said, “It’s a record for Europe. The overall quality of Big John really deserved this price,” Lacopo Briano, a paleontology expert, said. “For a triceratops and for an herbivore. This is an unbelievable record,” he said, according to ABC news.

Tags from the story
Skeleton, Worlds-Largest