If vampires, demons, and all things occult are your thing (or not) – here’s something that could interest you! We’re talking about a real-life vampire slayer’s kit from the 19th century that was recently offered on sale. Yes, you heard us right! 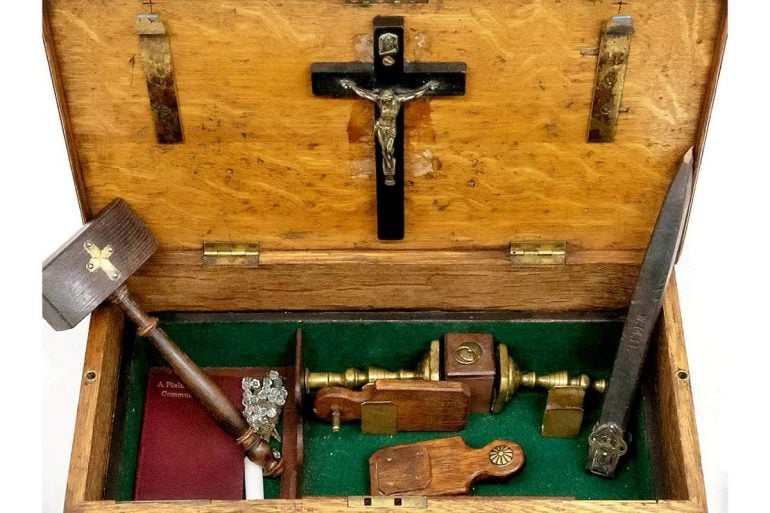 The kit was discovered in the UK and is said to have belonged to a 19th-century nobleman, Lord William Malcolm Hailey. It comes equipped with all the ‘essentials’ – think guns, crucifixes, holy water, and a wooden stake. 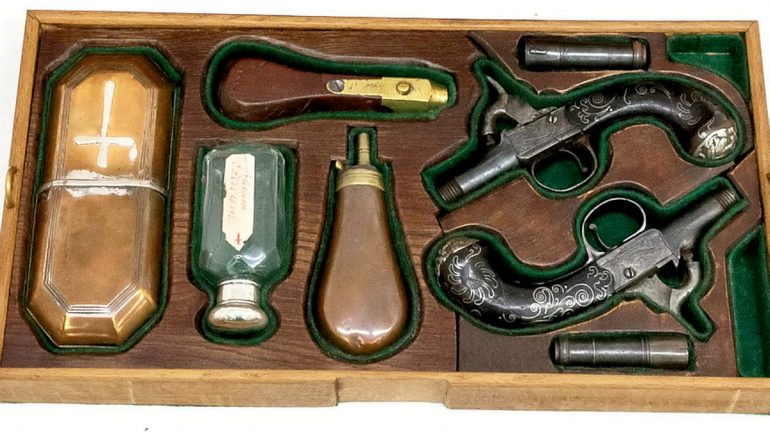 The lockable box contains crucifixes, a matching pair of pistols, a brass powder flask, a Gothic Bible, a wooden mallet, a stake, brass candlesticks, rosary beads, and Metropolitan police paperwork from the period. Commenting on it, Charles Hanson, owner of Hansons Auctioneers (who sold the kit) said. “Whether through fear or fascination, it’s interesting to know a member of the highest aristocratic social order, a man with a place in the House of Lords, acquired this item. It reminds us that the vampire myth affects people from all walks of life.”

“The task of killing a vampire was extremely serious and historical accounts suggested the need for particular methods and tools. Items of religious significance, such as crucifixes and Bibles, were said to repel these monsters, hence their presence in the kit,” he further added.

Nothing further on it, Hansons Auctioneers said, “Belief in vampires, an undead creature said to need human blood to survive, goes back hundreds of years and persists in some parts of the world today.” The vampire-slaying kit attracted bidders from across the world, including France, the United States, and Canada, and was finally sold to an anonymous bidder from the United Kingdom for $15,736.49.